Nonzuzo Gxekwa’s optic is loving. It’s not simply that she chooses to focus on moments of self love—the way people occupy themselves—but that in the taking, her subjects are never wholly circumscribed.
There is always space to manoeuvre. The title of her exhibition, Life is Beautiful (2020), is not only a conscious decision to focus on that which brings joy, but an awareness of our agency in the construction thereof and its capacity to overcome. As described by Ashraf Jamal, photographs “negate chronology, they confect it, altering what we recall and what we imagine. They are dreaming tools, never facts …
What matters is not the thing seen, but what it affirms in the moment of seeing.”

A prime example is Gxekwa’s capacity to reimagine the way in which twins are perceived, a lens which dates back to Diane Arbus’ iconic image, Identical Twins, Roselle, New Jersey (1967). Shot in square format, the subjects face the camera head on, the light spread evenly across their features (akin, perhaps, to a police lineup). It is an image that allows us to gawk—to stare at those we are told not to. Nonzuzo Gxekwa’s optic is strikingly different. Herself an identical twin, the people in her images are often shot from the back, in profile, or cast in shadow. Like Arbus’ photograph, the twins in Sisters (2019) are joint at the shoulder. Although not identical, they too are matching, dressed in pink long-sleeve turtlenecks, pink lipstick, and hooped earrings. Gxekwa’s image does not refute their kinship, but neither does it enable their conflation. Those photographed hold their heads to one side, concealing as much as they reveal. One sister leans forward and rests her arms on a table, looking pensively out of the frame. The other, at a slight remove, looks questioningly at the camera. 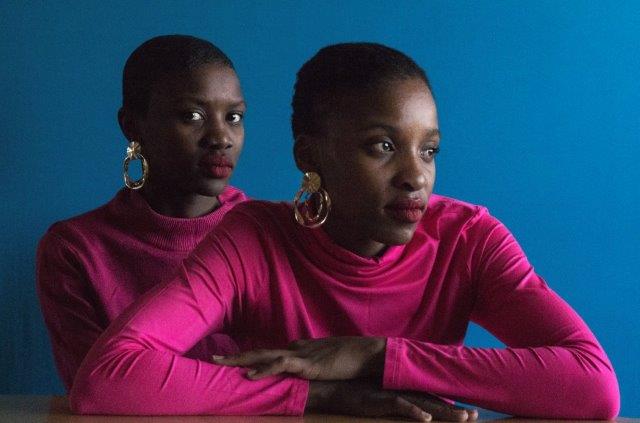 In Big Dreams (2019), two figures have their backs to the camera. There is nothing in the image that would stand in a court of law, except, perhaps, the small air-vent in the top left corner. Here I am reminded of René Magritte’s painting, Reproduction Prohibited (Portrait of Edward James) (1937), which depicts the back of a man’s head as he stares at his own reflection in the mirror. Where one would expect to find his face we see a carbon copy of his back. A well-guarded secret? A moment of self-consciousness? 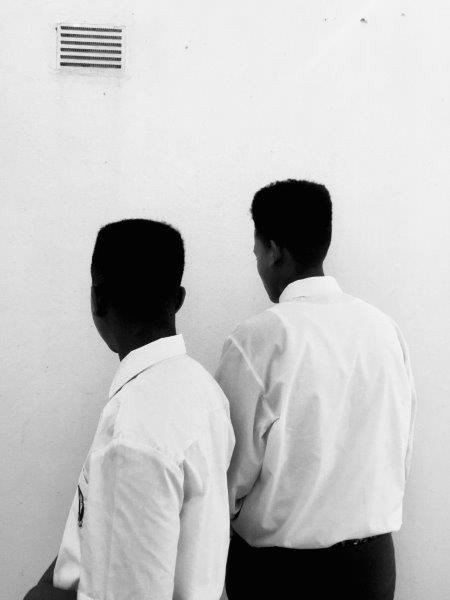 Speaking to Gxekwa about her photograph, I learn that it’s of her fourteen year-old nephew and his friend: He went through this phase when he was growing his hair and all he cared about really was his hair looking proper. So he had a comb and morning, midday, night, all he did was comb his hair, which I found funny and beautiful at the same time. You know when you’re young and so committed to something, and it’s just giving you life? Also the hairstyle gave him all this confidence. He had a walk, and I think he was starting to chat to girls. It was just beautiful to watch … Just that feeling of being young and finding yourself.

As far as contextual information goes, none of this is apparent in the photo. Presented with the back of two heads, what the image elicits is a state of suspense. The big reveal, forever in abeyance. In this sense, the photograph echoes the inner-workings of a fourteen year-old in the process of becoming; a process which, of course, is never-ending. This is, for me, the pulse that courses through all of Nonzuzo Gxekwa’s photographs. How a passing stranger at a taxi rank readies themselves for the image has everything to do with their projected ideal, which is perhaps why she gravitates towards people who “stand out” (The General: 2019; Living it Up: 2019; The King: 2019). It’s not simply about how one looks or who one is, but the shoes they wish to fill and the self-confidence to do so. If, for Lucas Matheson, the occlusion found in much of Gxekwa’s work signals a “well-earned anonymity,” it is also a much needed one because of the freedom it affords—the space to manoeuvre, inhabit, become. Forever in the making. 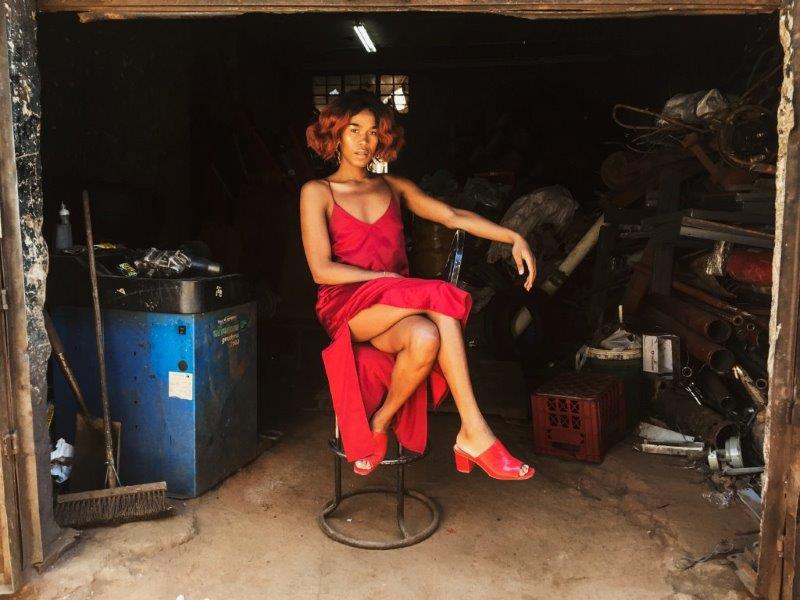 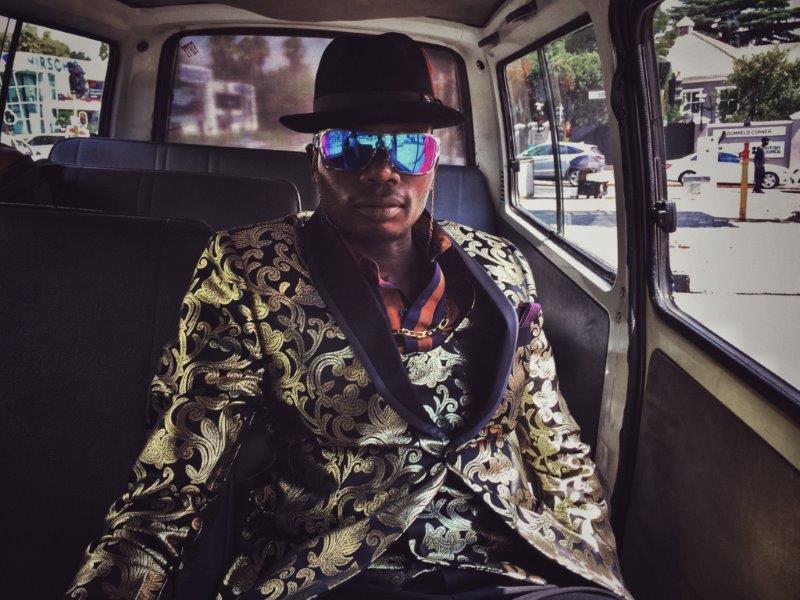 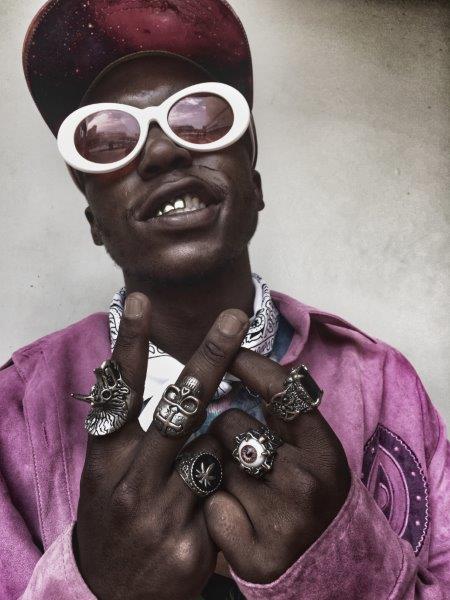