Coral Bijoux : Listening to the wind:

Listening is not a word one typically associates with art – one looks – but when listening to Coral Bijoux on the phone – the video capacity having seized up – I am struck by the artist’s preoccupation with a sensory and multidimensional relationship with art. The eye is not enough.

Bijoux has spent just shy of a year immersed in an art project as evolutionary as it aspires to be revolutionary, or better, revelationary, because what Bijoux strives to reveal, through all the senses, is our relationship to the earth – our native land – which we have squandered and abused. As the French philosophy, Paul Virilio, reminds us, ‘there is an enormous lesson in humility for us to learn. What we must take on board and pass on is humility’. Not to do so is tantamount to moral and spiritual neglect. Worse, our lack of humility in the face of the disasters of our own making would prove catastrophic.

It is in a neglected nursery on UKZN’s Westville Campus that Bijoux has been exploring the relationship between the human and plant kingdoms – our relationship to the earth, and the sacred role of art in sustaining it. Before the video seizes on our phones – I am in Cape Town, Bijoux in Durban – the artist introduces me to the small world she has been inhabiting for the past year, which has also been inhabiting her. Her installation in the nursery, which is a collaborative endeavour, is organic.
Bijoux is not interested in nature as a backdrop for art, but nature as an integral dimension of a greater conversation. Plants grow in the midst of human-hewn objects. She ‘waters’ the sculptures and plants, they grow in unison. The sculptures are not organic, Bijoux is being metaphorical, but what cannot be ignored is the artist’s realisation that all of life, to sustain itself, must be watered and composted.

As Bijoux guides her camera, I see a neighbouring dumpsite. The proximity of the nursery to a landfill – growth and waste – is bracingly revealing. Our lives, the ways in which we live, are troublingly heedless to the contradictions the underpin it. What Bijoux does is try to suture growth and waste, so that we can understand that consumption is a precarious state, that it has an expiry date built into it, unless we begin to accept humility, grace, as the most essential biproduct of our wanton disregard for ourselves and our world. 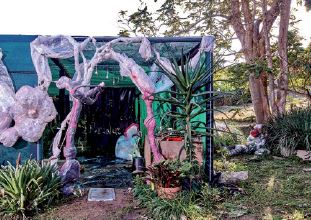 The materials used to create the works on display are synthetic and organic. Tagged Plastic sheeting supports drawings in pastel, plants grow in the crevasses of reclining figures wrought from polymer. It is the interface of the synthetic and organic which heightens our awareness of our complicity in our wasted and wasteful lives. ‘I have wasted time, now time wastes me’, Richard II opines as he abdicates the throne. The king’s realisation comes too late. Can one say the same thing about Bijoux’s meditation? Is it too little too late? Do we now exist in what Virilio dubs ‘the shrinking of the world’? It is ‘the end of geography’? Virilio is not alone is recognising that we are in an ecological crisis. However, the position one takes, even in these so-called ‘End Times’, remains crucial. By calling her curatorial project ‘Dreams as R-evolution’ Bijoux is staking her position: One can, and must, maintain a belief in art as a dreaming tool, one must acknowledge that art can help us to evolve – that art can be consoling and engendering.

In Art as Therapy, John Armstrong and Alain de Botton remind us that art has a crucial role to play in human growth. Art commemorates, gives hope, echoes and dignifies suffering, rebalances and guides, assists self-knowledge and communication, expands horizons and inspires appreciation. It is these qualities which Bijoux foregrounds. If art has a crucial therapeutic role it is because it can ‘help us lead better lives … access better versions of ourselves’. This purchase that art possesses – often forgotten in an art world overly preoccupied with art’s canonization, monetization, exclusivity, and remoteness – is central to Bijoux’s vision.

A diverse audience has frequented Bijoux’s nursery, amongst them UKZN’s ground staff, students majoring in life sciences and the arts, families and children. Responses vary, as so they must, but what is revealing is the ballast the exhibition provides – the audience feels included, it sees itself in the quiet drama that is taking place. This is because Bijoux is addressing fundamental questions: Who and What we are. What we have neglected and abused, and how we can right these wrongs. Art as an integral part of the natural and spiritual world. Art as a guide, a reckoning, a divining rod.

In Bijoux’s project there are four key aspects in play. She is interested in space – how an environment possesses a key role in our understanding of what we experience, see, and feel. She is concerned with the divergent and opposed realms of femininity and masculinity – the former nurturing, the latter endangering. Her vision, in this regard, is not reductively gendered. Women in power can also prove abusive. However, statistically, historically, it is the male species which has played the key role in our civilizational, cultural, and ecological fate. It is against this man-made fatalism that Bijoux pits ‘a return to innocence’. Her focus may seem utopian, but it is our life on earth that matters most to her – how we choose to live singularly and collectively, how we sustain the best in ourselves and evolve healthily. She seeks none other than tomorrow’s health today. I began by speaking of the importance of humility. This is not the same thing as servility, or craven deference. Bijoux does not subject herself unthinkingly to received custom and order. Rather, she embraces the ‘ordinary’ – the value of ‘ordinary lives’ – as opposed to the presumption and arrogance that human beings stand apart in the ecological chain of life. When she asks – ‘Where does my authority lie? Do I have any authority?’ – Bijoux signals her keen awareness of context and perspective. She is no ideologue. When she asks – ‘Is the world listening? Does the world care?’ – she is posing a question for which all of us would like an answer. We roam the earth with a gnawing sense that our pleas are no heeded, that our smallest needs – our dignity and personhood, our aspirations and dreams – are woefully disregarded. It is against this deafening silence, this sense that we barely exist in the eyes of  power, which Bijoux expresses.

If ‘Dreams as R-evolution’ is comforting, it is because it tells us that we are being listened to, that our hapless beings have a place in this world. ‘Dreams as R-evolution’ seeds growth. It allows us to heed ‘what is embedded’ within ourselves. It helps us to reconsider how and why we have been ‘conditioned’ in the ways we have. The realm which Bijoux has built for us – an environment both synthetic and natural – is, she says, a ‘homecoming’. This return – this homecoming – is regenerative. We alter as the world around us alters. Nothing stays the same.

Bijoux speaks of ‘a conversation with the wind’, listening as it ripples and flaps against the plastic sheeting that is the exhibition’s makeshift home, as it kisses the stems of plants, runs along the curved forms of sculptures, brushes a portrait in pastel of the artist latched to the plastic sheeting. We create our worlds in this greater world. Of her self-portrait, Bijoux notes that it is barely perceptible, that it is and is not her. I see her face and hands etched into a greater tempestuous whole. Is this because human life, like any other, is subject, always, to change? Because we are all changelings buffeted hither, thither, carried along by a greater song?

As Bijoux and I speak, I can faintly hear the wind blowing. The ‘wind’ is also ‘ancestral’, she says. It returns to us the ‘lessons of the past’, is calls us onwards towards our future.

Below Images in Order

Portal to Dreams as R-evolution

SELF installation piece
Girl and butterflies 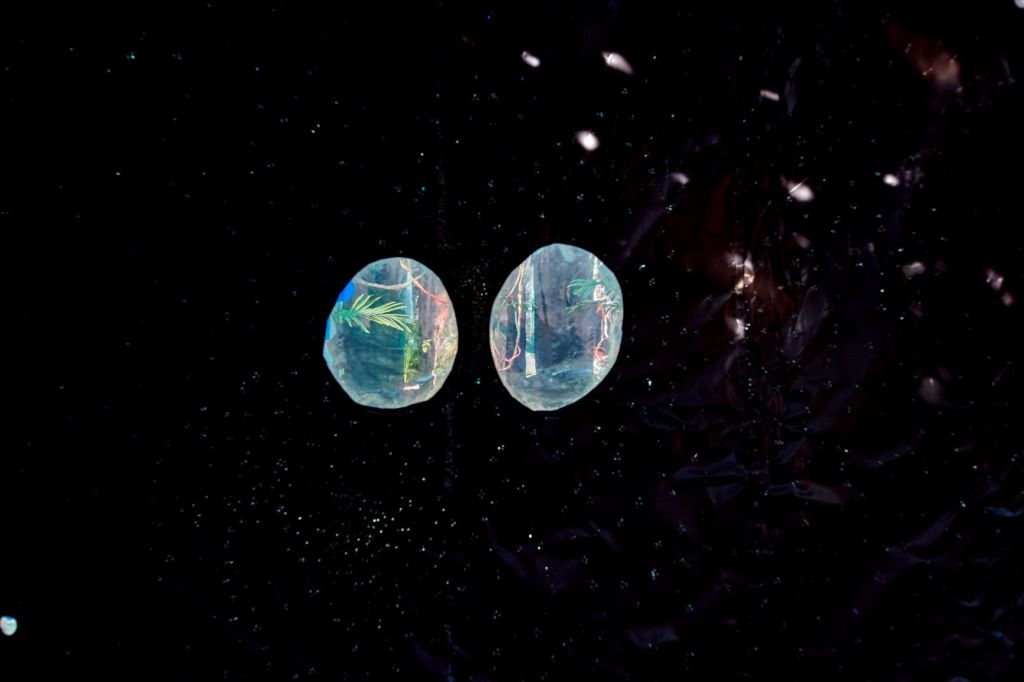 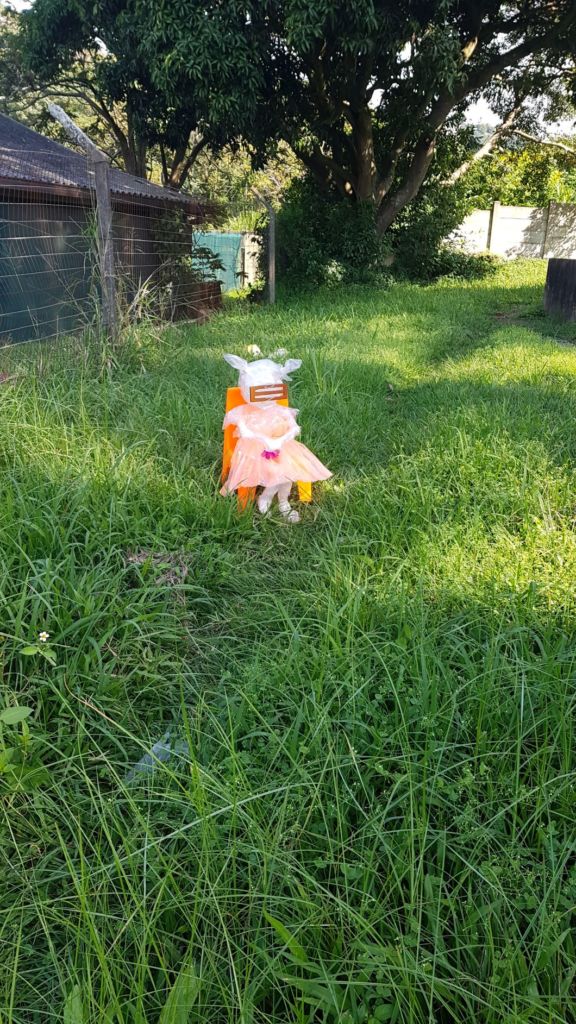 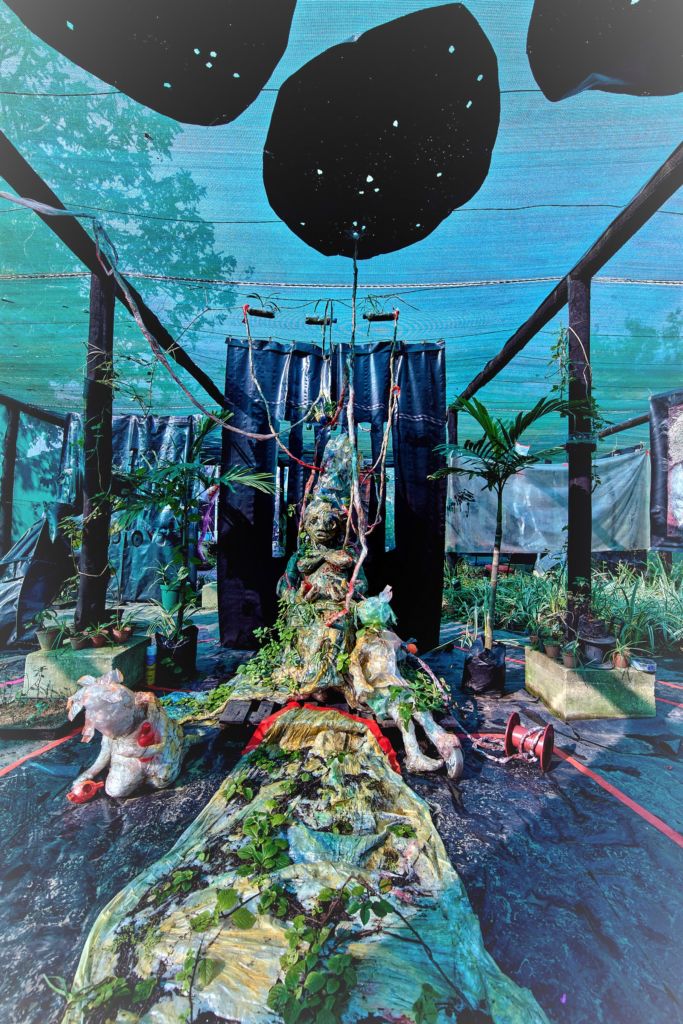 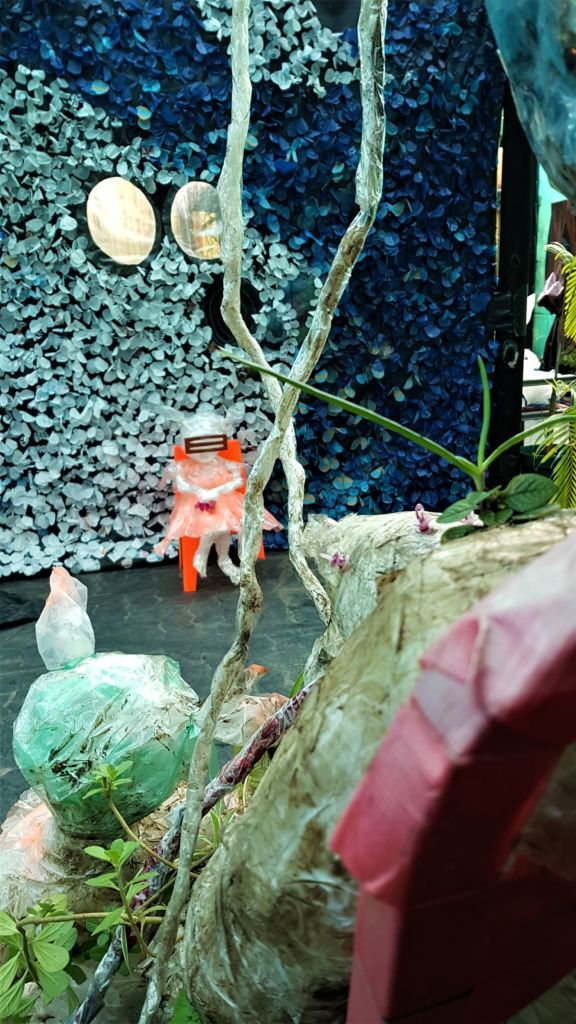