The combined total from all the lots sold at Johannesburg Auction Week was R67.4 million. The fine art department brought in the lion’s share of R65 million, including works from the collection of Professor Jan Coetzee, offered in a standalone session. The wine department hosted a sale focused on fine and rare wines from South Africa and Bordeaux that earned R1.1 million. The white-glove sale of works by Nel and Masemola, also offered in a dedicated session, earned R1.3 million, doubling the high estimate.

“The South African art market has managed to weather a difficult few years, with collectors demonstrating interest on par with pre-pandemic levels,” says Strauss & Co chairperson Frank Kilbourn, who attended Johannesburg Auction Week. “This is encouraging news for everyone in the art industry, not just the secondary market.”

Commenting on the enthusiasm for works by JH Pierneef and Vladimir Tretchikoff presented in special in-session artist focuses, Kilbourn says: “The demand from collectors for earlier twentieth century painting remains conspicuously strong, especially for Pierneef. We sold all 15 fifteen Pierneef lots on offer, achieving a combined total of R25.4 million, which was well above the estimate of R18.9 million for these works. Tretchikoff also delivered robust returns for sellers, realising R7.9 million from five lots sold, an improvement of more than R3.5 million over the pre-sale estimate.” 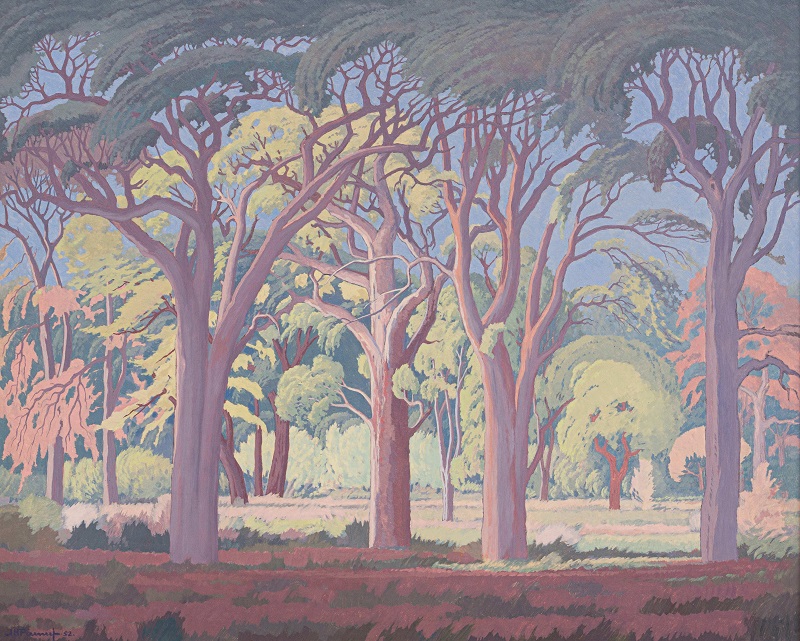 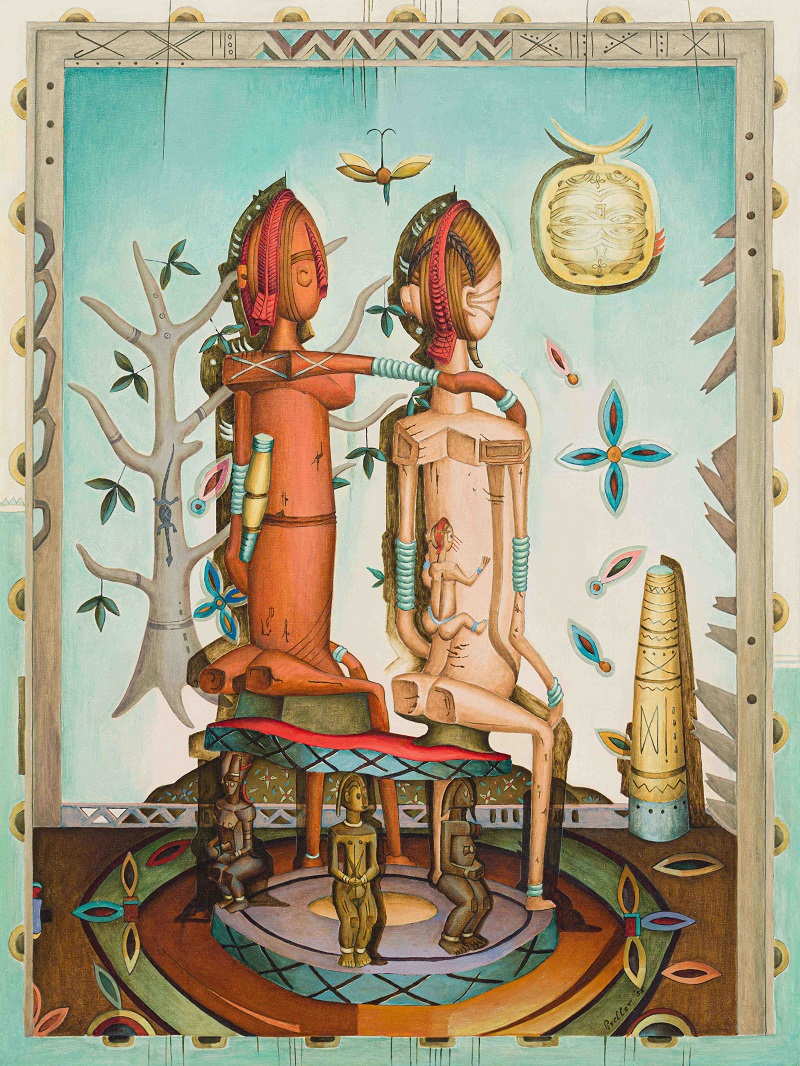 The top five lots by value sold during Johannesburg Auction Week were all painted in the 1940s and 50s. The top-selling individual lot was Pierneef’s 1952 landscape scene Bushveld, Pafuri, which sold to a telephone bidder R11.6 million. Preller’s seminal Adam and Eve, a symbolically loaded and joyously intricate painting from 1955, sold for R8.7 million.

“This is how I’d like to start every sale,” remarked auctioneer Alastair Meredith at the start of the premier session featuring a trove of ten Pierneef paintings, including Bushveld, Pafuri. Fierce bidding between telephone and online bidders saw Pierneef’s Doringboom (Thorn Tree), a rust-coloured composition from 1943, sell for R3.2 million. A room bidder secured Pierneef’s undated Mountain Landscape near Clarens for R3.2 million. Auctioneer Susie Goodman knocked down Tretchikoff’s undated painting Ballerina for R2.4 million. 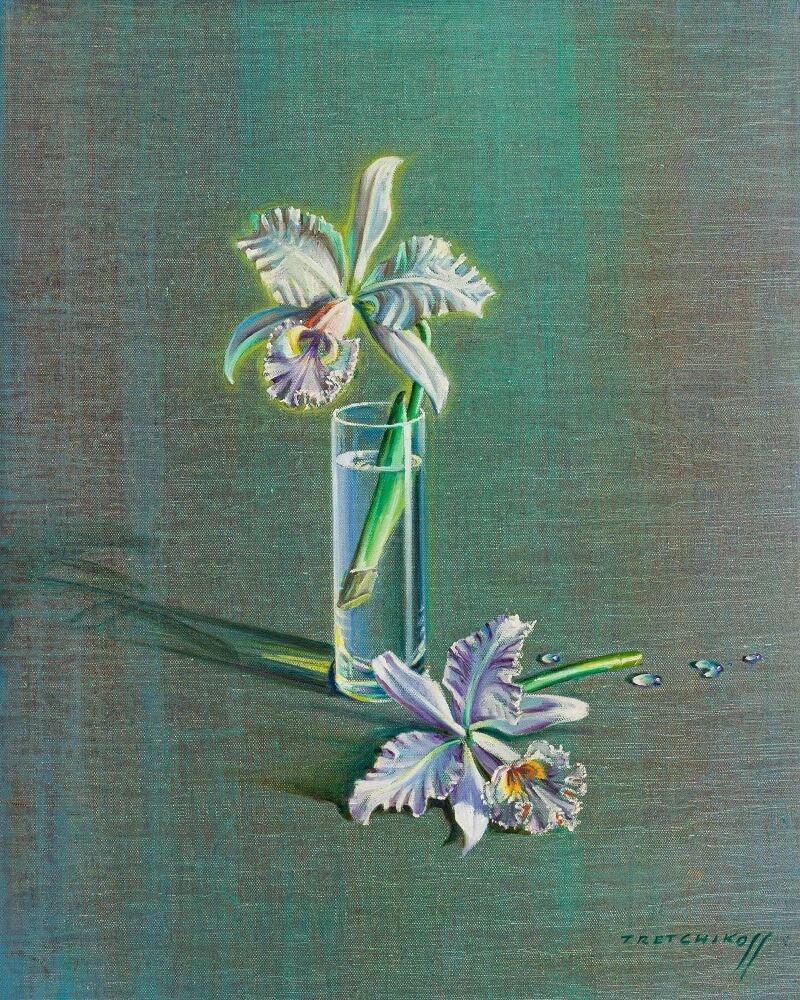 Goodman, an executive director at Strauss & Co, says: “It was an extraordinary sale, with some wonderful highs. Notwithstanding slack demand for contemporary art, we achieved better than expected results for photographs by David Goldblatt and Zanele Muholi in our dedicated session. We also achieved strong prices for George Pemba and Hannes Harrs. We logged 21 bids for Douglas Portway’s remarkable Abstract Composition in Blue, from 1973. The sale price of R1.4 million is a new benchmark price for this influential painter.” 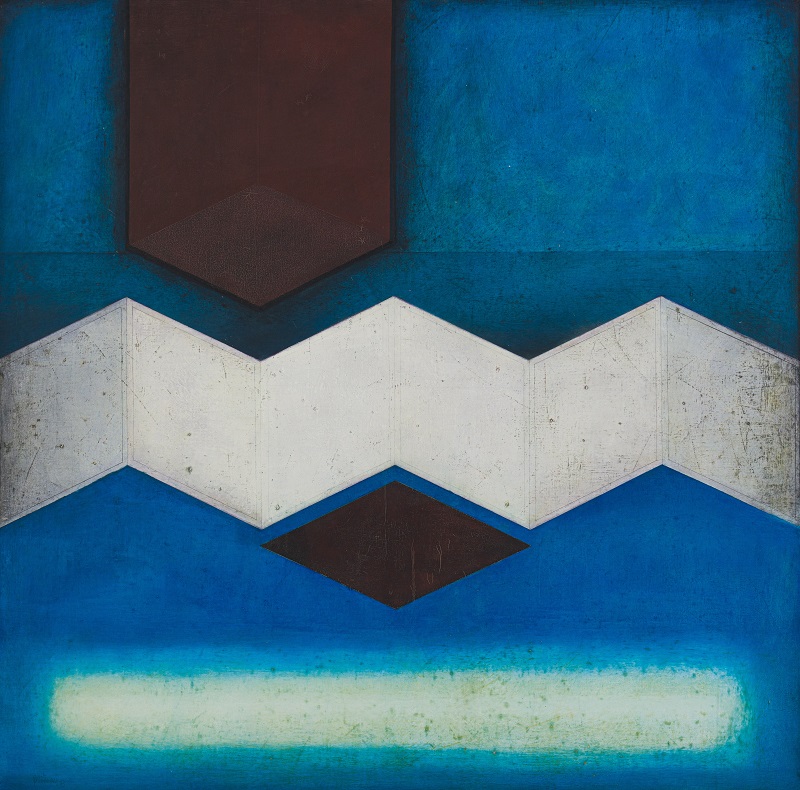 All 51 lots in Perfectly Imperfect, a specially curated sale of ceramic sculpture by Hylton Nel and Nico Masemola, found buyers. Nel, a self-described artist potter who lives in Calitzdorp, has a cult following. This was reflected in the extraordinary prices achieved. The top-selling lot in this specialist session was Sphinx, a 25cm high figural work made by Nel in 2009-10. Fierce rivalry between two online bidders saw this sardonic interpretation of the winged monster of Thebes sell for R125 180, well above estimate. 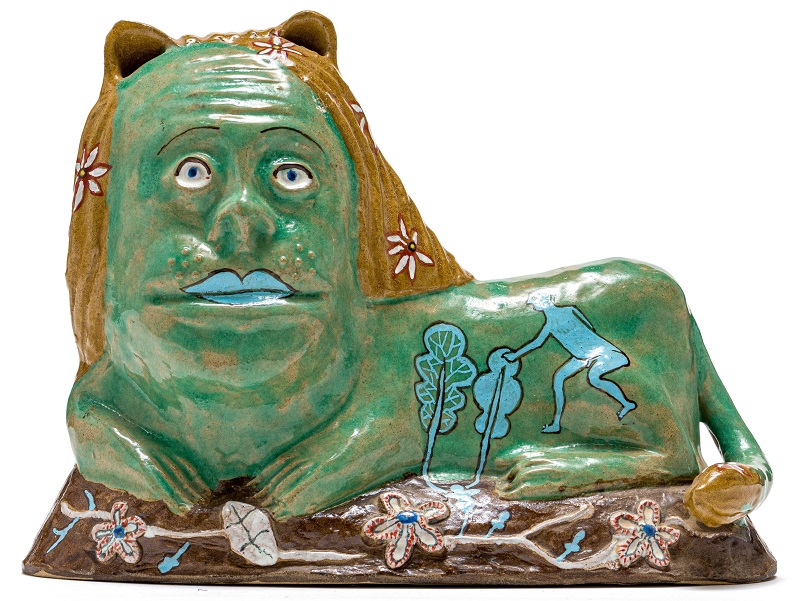 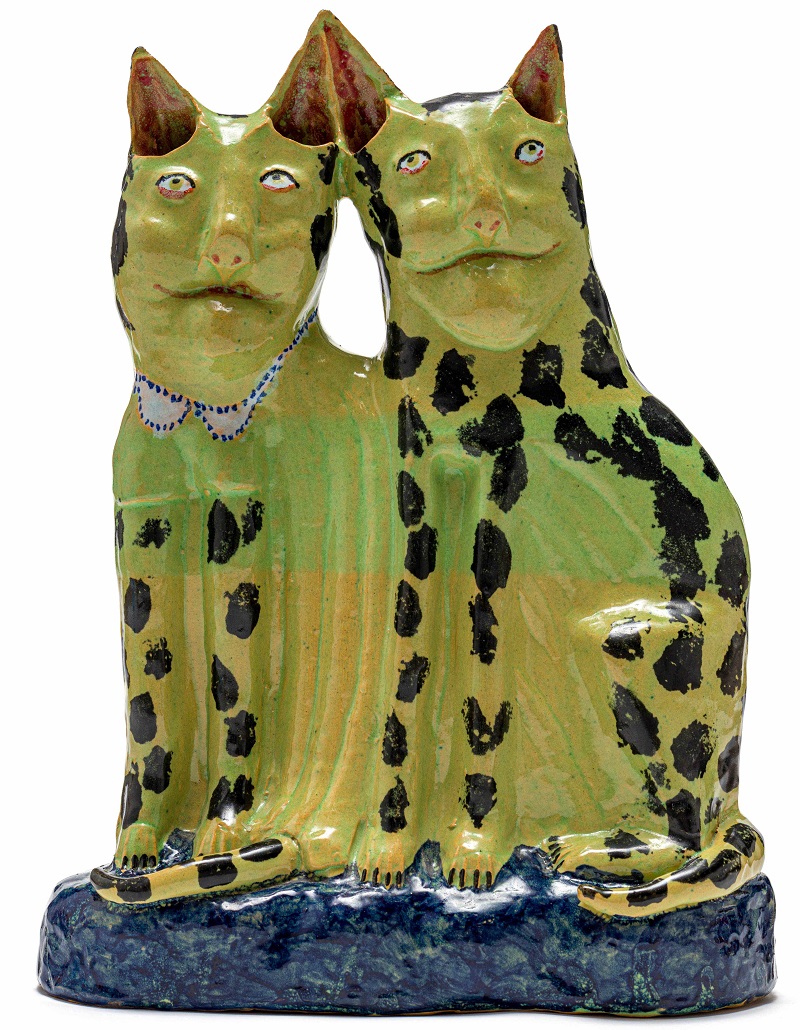 Professor Jan K Coetzee is a respected collector and well-known participant in South African intellectual life. The top-selling lots in the specialist session dedicated to this single-owner collection reflected Coetzee’s affinity for artists represented by the Goodman Gallery, in particular William Kentridge, Robert Hodgins and Diane Victor. A library of 74 books by and about Kentridge sold for R227 600.

“Johannesburg Auction Week follows on earlier initiatives like our North/South in 2020, where we innovatively present work from our three departments,” says Strauss & Co’s joint managing director Bina Genovese, who handled the winning telephone bid for Pierneef’s Bushveld, Pafuri. “I was delighted by the positive response to our artist focuses on Pierneef, Tretchikoff and Dylan Lewis. The overwhelming response to our specialist session devoted to art ceramics follows on an innovation introduced in 2020, and I am delighted to see the sustained enthusiasm for this medium among our collectors.”