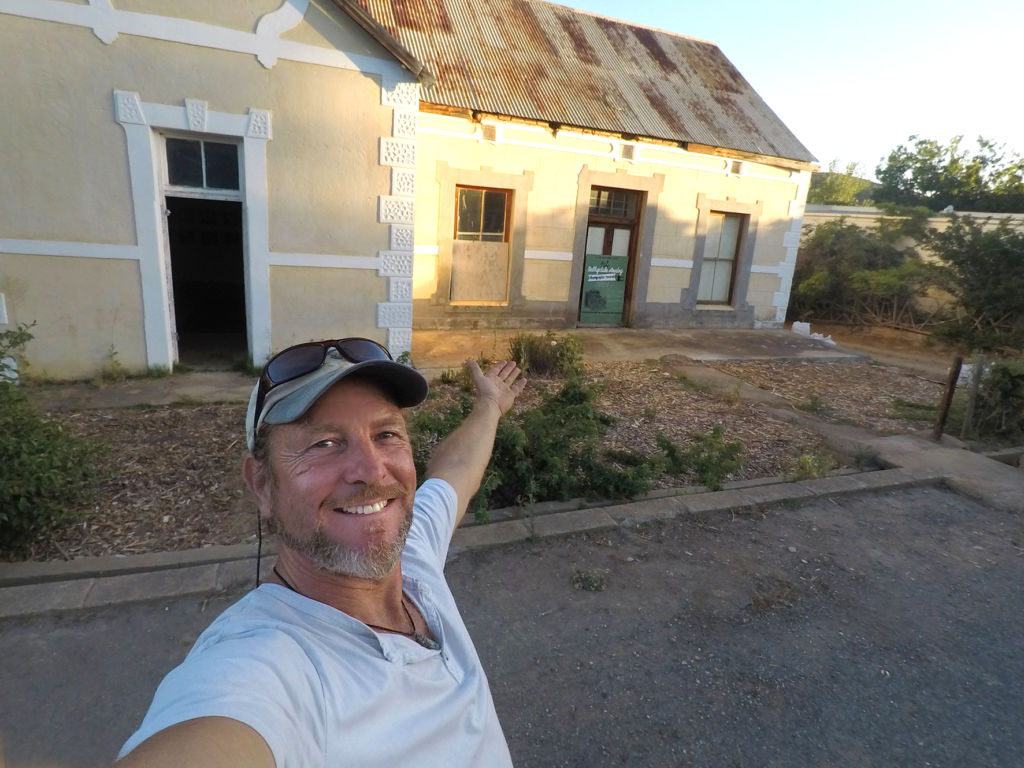 I’m 20ks inland on the Breede River, paging through Roger Ballen’s book of photographs on dorps. An American photographer long domiciled in South Africa, Ballen remains a stranger. It’s what gives him the perspective he needs to find the kinks in what we commonly and unthinkingly see, old buildings, empty streets, a man with ‘a strange collection of objects, prints from Egypt, old family pictures … piles of pristine white pillows on various beds and odd pieces of furniture throughout the house’. Ballen’s interiors and exteriors are off-kilter, he has a voyeur’s eye for the strange. For some his photographs are invasively peculiar, absurdly eerie. For me, however, they capture the fact that everything deemed familiar is never thus.

There is ‘something special’ about small towns and villages, says Ballen, something ‘odd and quixotic’. I picture Cervantes’ Man from la Mancha with lance outstretched, atop a bony horse, prodding at imaginary windmills. The dictionary definition for quixotic reads, ‘extremely idealistic; unrealistic and impractical’, but one wonders, paging through Ballen’s collection of photos of small and remote towns, whether his vision is solely surreal. Under a yearlong lockdown, with increasing numbers forced to work remotely, small towns – especially those within a 3hr radius of cities – have become increasingly appealing. These towns, once seen as holiday getaways, are now the favoured retreats for fulltime occupation. Are dorps the new normal where we can permanently decompress? 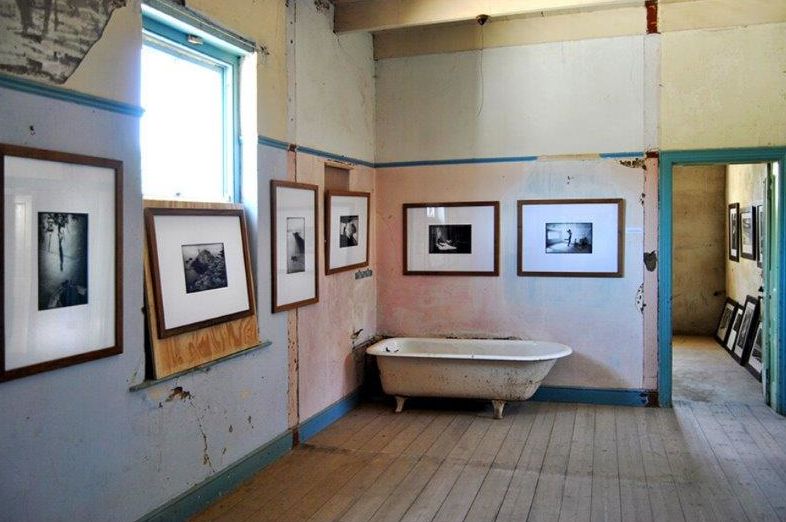 Graham Abbott’s Exhibition in the Spookhuise

No longer, or not quite, part of ‘a disappearing South African aesthetic’, dorps are experiencing a new lease of life. Ballen believed he was recording ‘the elements of a dying culture … arresting the utter extinction of the South African dorp’, today, however, this is not quite the case. In Richmond in the northern Karoo we have an annual literary festival and MAPSA – Modern Art Project South Africa – an artists’ residency and permanent exhibition devoted to works inspired by arte povera, in the Riebeeck Valley there’s the olive festival started by my late wife, Christine Solomon, in 2000, as well as a host of other inspired cultural initiatives elsewhere. Whether remotely located, or in close proximity to urban hubs, small towns are rejuvenating. There’s a spring in the step, a determined self-belief that life is possible, economically, culturally, humanly. ‘Utter extinction’, in this time of extinction, is being avidly combatted. Perhaps this rebirth is quixotic after all, as idealistic as it is absurd and beautiful.

This was certainly the case when I visited Barrydale, three hours from Cape Town, and an hour from my river retreat. The occasion was the launch of the town’s first monumental exhibition devoted to analogue photography. Ballen’s dorp series was showcased, as were works by David Goldblatt and many others in Barrydale’s ‘Art Hotel’ and ‘Spookhuis’, long ago a ‘nagmaal huis’ where boer farmers from remote zones huddled and prayed, and traded. If dorps need a ‘hook’ to survive, a lure, Barrydale has chosen analogue photography. As to whether this new venture is sustainable we cannot know for sure, but what it tells us is that creative enterprises, deemed quaint, have a far greater life than we in our digitised age typically imagine. The photographic equivalent of vinyl records, a booming trade, analogue photography, which enshrines Cartier Bresson’s ‘decisive moment’, asks us to reconsider the preciousness of making a photograph instead of merely taking it. In an image saturated world – a world reduced to the image – Barrydale’s analogue venture is all about the stilled wholly inhabited moment. 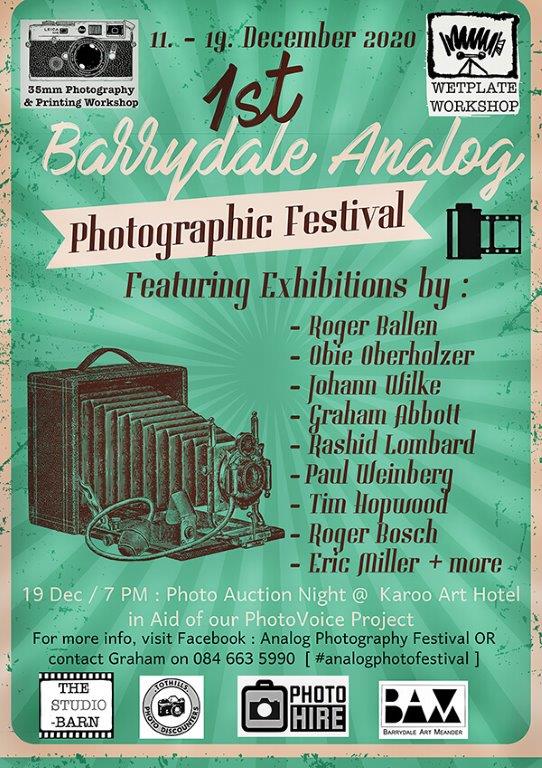 The project is the brainchild of Graham Abbott, a former fashion photographer who has lived in Barrydale for nine years. Inspired by the death of his beloved friend and fellow photographer, Johann Wilke, the hastily cobbled show was in more ways than one a commemoration of all that is lost, or on the verge of being lost. The analogue reproduction of colour photography no longer exists, says Abbot. We are looking at the quirkily surreal and lurid image of jellyfish on a beach created by Obie Oberholzer, spot lit, infused with an unearthly glow. It is wonder one experiences. Given that only two images exist of each of Oberholzer’s photographs amplifies their rarity. Here we are in the midst of a well-nigh ‘utter extinction’ of a particular technique. However, black and white analogue photography is here to stay. Abbott informs me that two darkrooms have been created, workshops afoot, and Barrydale’s youth encouraged to attend classes, with a view to developing careers in the field. If the exhibitions will be an annual December event, the life-cycle of workshops is continuous. Visitors to Barrydale will come to identify the town through photography. If analogue colour prints are no longer possible, the machines obsolete, hand developed black and white images – wet plate and cyanotype – are here to stay. 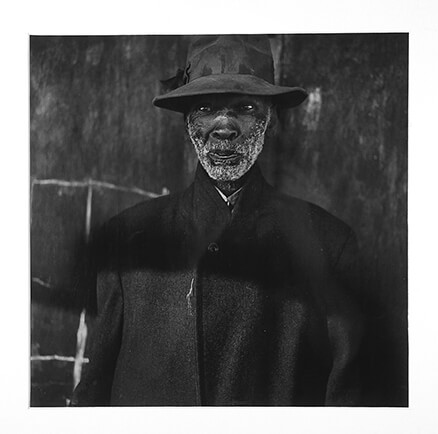 The analogue project took three months between the initial conception and 11th hour hanging, ‘with no sponsorship and no budget’. That the event was realised in lockdown is all the more remarkable. Once the word was out, enthusiasm spread. Jonathan Rees secured the support of Ballen and Brenda Goldblatt, who expressly asked that her father’s images be hung in the spookhuis with relatively unknown photographers. The other participants included Gerda Genis, Simon O’Callahan, Tim Hopwood, Herman van Wyk, Paul Weinberg, Rashid Lombard, Roger Bosch, Eric Miller, and the man who inspired it all, Johann Wilke. The list is great, though Abbott tells me that wokesters were unimpressed by the fact that most of the participants were ‘old white guys’, a predictable, and predictive rote observation. Race, gender, and privilege will have its way with us for years to come. However, to emphasise this matter at the expense of what remains an astonishing achievement in a small town is also churlish. Abbott is sincere about inclusivity, evident in his active involvement with growing food and wattle construction in Smitsville, Barrydale’s ‘opperdorp’. But his greater commitment to development is invested in analogue photography, keeping the darkrooms running, growing talent with his Photo Voice Project, and sourcing it nationally. Of his own photographs – stunningly choreographed urban scenes – Abbot reaffirms Bresson’s vital influence. The decisiveness of the moment of seeing and absorbing the world is revealed by the black edges of the negative – ‘nothing gets cropped’. 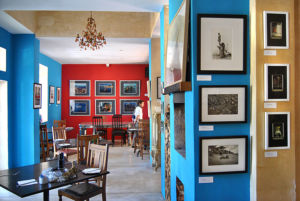 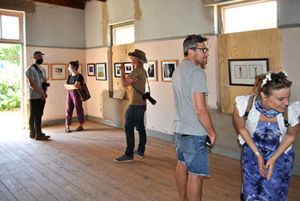 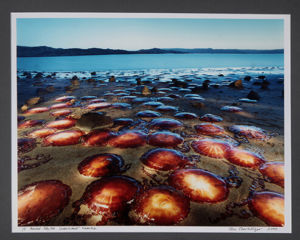 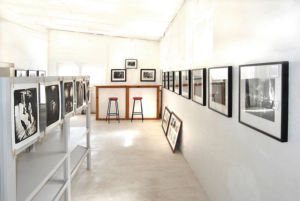 Back at the Breede, paging through the Ballen book on dorps, I’m struck by a key dimension of photography – light. ‘Light is the essence of photography’, says Ballen, ‘you can go back to some places which had seemed interesting and find there is nothing there at all. Conversely, with the progression of daylight, things can evolve from the ordinary to the magical’. ‘When night falls, there is very little to do as a photographer. Often staying in a shabby hotel, all I wish for is morning and the light’. Light is different in different hemispheres. Is there such a thing as a South African light, a dorp light? In Age of Iron J.M. Coetzee is none too kind about a South African light. It lacks ‘an air of looming mystery’, he claims. ‘No one has done that for South Africa: made it into a land of mystery. Too late now. Fixed in the mind as a place of flat, hard light, without shadows, without depth’. Is this true? Does our world vision, our photographs, our stories, lack mystery? 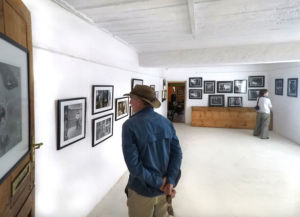 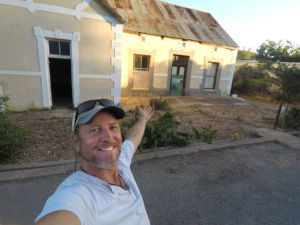 Graham Abbott in front of the Spookhuise 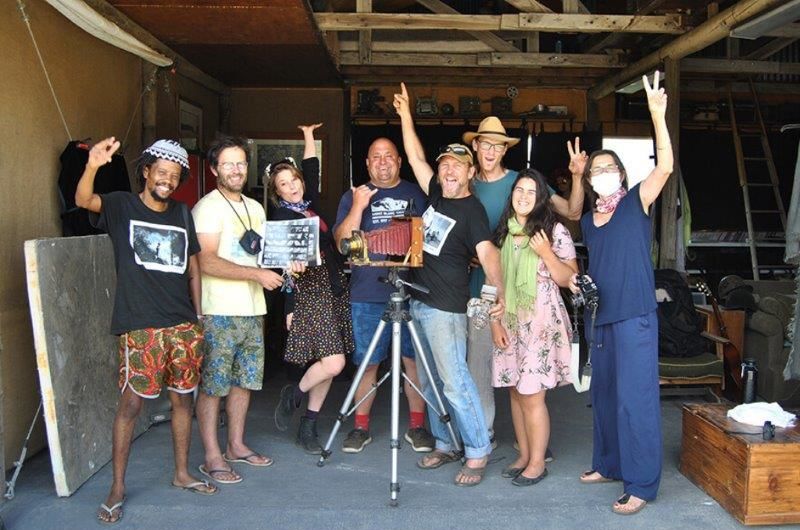 Walking through the Barrydale Art Hotel on a sun-struck afternoon, through a warren of shadowy rooms, stopping in front of photographs by Gavin Furlonger and Gerda Genis, Oberholzer’s weird jellyfish, Ballen’s uncanny dorp scenes printed by Dennis da Silva – one in particular, ‘Old Man, Ottoshoop, 1983’ – a portrait more compelling than most, perfectly lanced with shadow and light, the eyes glittering shards, beard echoed in the weave of the coat with its single gloaming button, Coetzee’s dismissal seems gratuitous and false. While it may be true that South African black and white imagery in art photography, as opposed to press photography, tends to blur edges, mute contrasts, capture the world in a bleached high noon glow, it does not follow that this ‘take’ – and here one cannot ignore the immense impact of those who print the analogue works of our leading photographers – wholly defines a South African vision. Looming mystery remains. This is certainly the view of those involved in the Barrydale Analogue Photography Festival, for whom, contra Coetzee, it is not ‘too late now’. 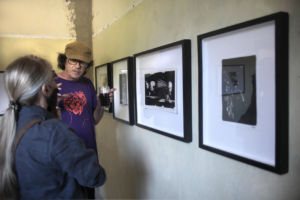 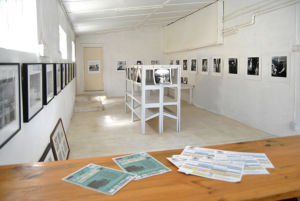 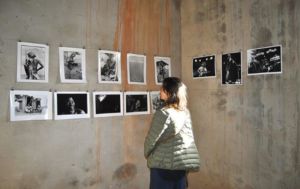 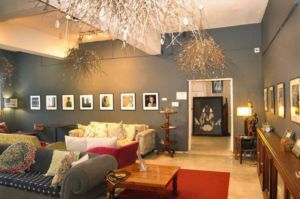 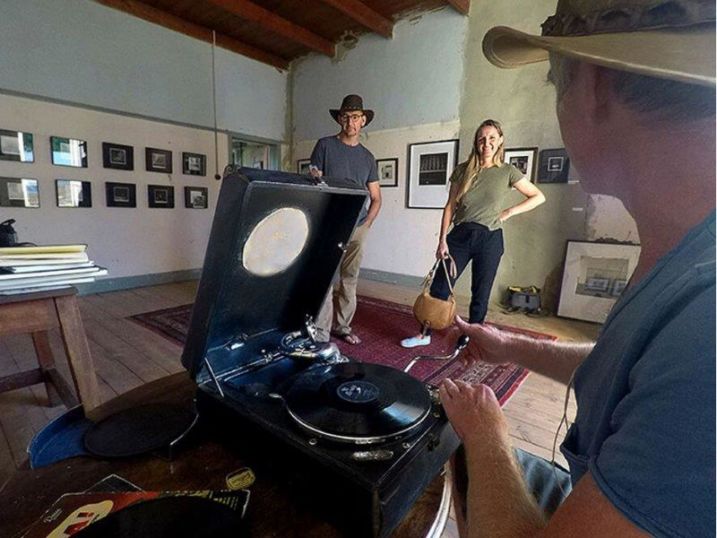 Jonathan Rees playing his Gramaphone at the Exhibition in the Spookhuise