Mr Doodle: ‘I want my work to consume as much of the planet as it can’

Mr Doodle: ‘I want my work to consume as much of the planet as it can’ 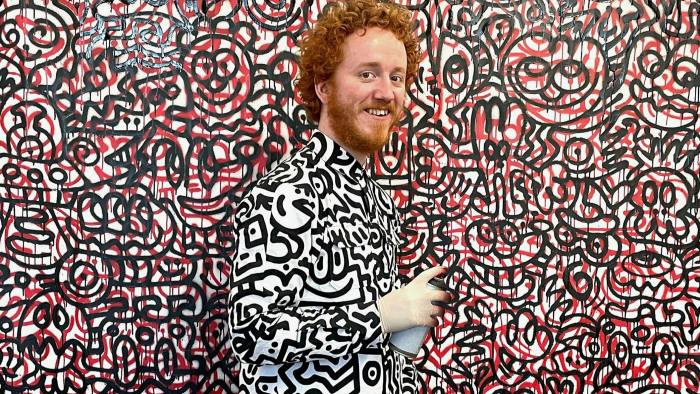 Do artists need art critics? The trajectory of the British artist known as Mr Doodle would suggest they currently do not — nor fancy galleries, fair booths and museum shows.

Until last year, Mr Doodle (real name Sam Cox) was little known outside of Instagram, where videos of him applying his intricate “graffiti spaghetti” to large surfaces were regularly enjoyed by his 2.7m followers. Then, in 2020, Mr Doodle became an art market sensation. In August, a canvas called “Spring” sold for almost $1m at the Tokyo Chuo Auction. Over the course of the year, he sold 158 works at public auction, with sales totalling nearly $4.7m. Artnet ranked him the year’s fifth biggest auction success under 40.