Dictionaries’ define Neonism as a freshly coined word, a neologism, and Aldo employs it to emphasize the innovativeness of his work and differentiate it from his previous output. The suffix ‘ism’ implies a new avant-gardist movement like Fauvism or Expressionism. The ‘Neo’, as in Neo-classicism, designates a revival of a previous historical style, and here the tell-tale word neon, conveys a return to the nocturnal world of brilliant artificial light that ignites so spectacularly in Degas and Edward Hopper. 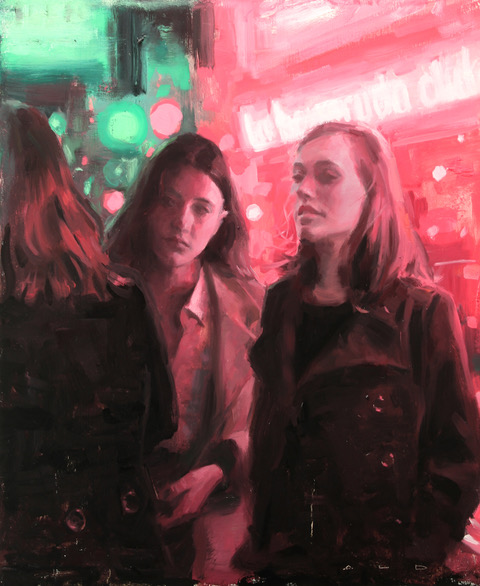 Although a few paintings are tender, romantic and imply a felicitous consummation, Aldo generally deals with the rough and tumble of contemporary sex and the disappearance of the old rituals of courtship, romance and gallantry that brought out the best in lovers. He sets the scene in modish nightspots, chic cocktail bars or discotheques where people congregate in search of love, fulfilment and romance. Only rarely does the dream come true, and thus Aldo’s principal theme becomes the pick-up and the one-night stand. He is the laureate of loveless, erotic engagements and the loneliness, emptiness and alienation they leave in their wake. Everyone longs for love and commitment, but usually these rapturous expectations are cruelly dashed, and it is this irreparable loss that Aldo’s paintings so poignantly lament. 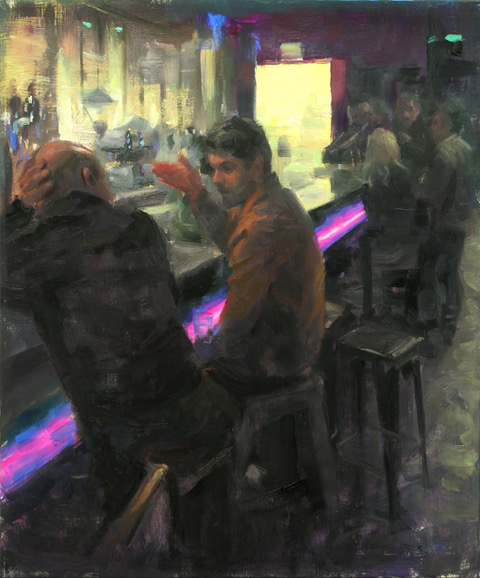 There is a complete dissonance between Aldo’s style and his subject-matter. The artist adores completely immersive lighting effects in which the tinctured illumination casts its magical glow over everything within the picture space, unifying the image. His slightly off-focus technique further enhances the seductive effect by suppressing line and replacing absolute clarity of definition with a melting fondant quality in which all is soft, smooth, sheer and as irresistibly tactile as silk or chiffon. Silhouettes and contours dissolve, harsh binding lines vanish and yield to caressingly soft and fuzzy forms so that Aldo’s often blunt sexual realism is off-set by ethereal, lyrical poetry. The canvases brim with this mercurial blur and a sparkling haze of shimmer, gleam and glow transmute his urban nocturnes into fairylands of dazzle and radiant light.

Aldo’s imprimatur is his obsession with tonalism and the dynamic interplay between colour, light, reflections and highlights. Tonalism describes painting in which the principal aesthetic effect is produced not by a variety of different colours, but rather by exploiting subtle variations of tone in a single colour, or a limited range of very few colours. Balding floods the picture space in overall, misty, colour tones, but instead of employing the dark, neutral greys, browns and blues dear to traditional tonalists, Aldo often hypes up his colour, and embraces hectic, strident and rasping hues with an edgy quality that induce the subliminal disquiet that underscores so many of his paintings where the mood is one of misgiving and unease. 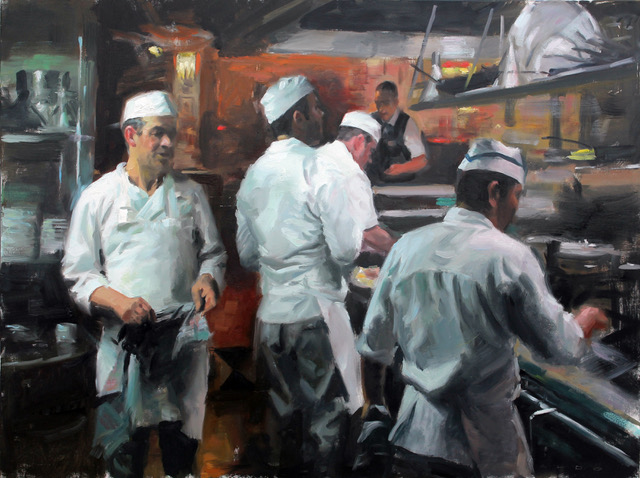 Aldo’s paintings pivot around flirtation and depict amorous Romeos hopefully making overtures to lovely women. What will happen next? All Aldo‘s paintings ask precisely the same question. Unresolved suspense and frustrated curiosity are their very essence.

Every painting is a puzzle that challenges us to figure out exactly what is happening. We engross ourselves in rapt conjecture and detection, but the facts are withheld, the evidence is lacking. The artist always portrays the before, and not the after, the prelude but not the climax, so the narratives remain teasingly open-ended and forever unresolved. Aldo’s pictorial construction too is riddled with logical contradictions and irrational paradoxes that further unsettle the viewer, suggesting that something is amiss and not quite what it seems. But the artist supplies no answers, and it is this uncertainty that orchestrates tension and suspense and confers such a haunting and unforgettable quality upon Balding’s imagery which continues to mentally reverberate, provoking lingering speculation and supposition long after we have last clapped eyes upon it. His paintings vigorously stake out a lasting place in our memories and imagination, and is there any surer sign of great art. 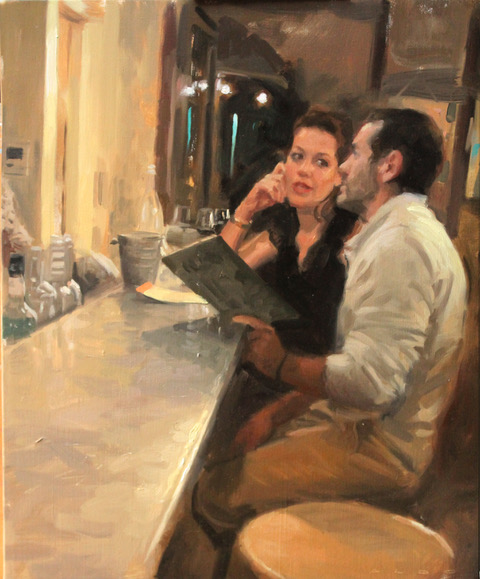 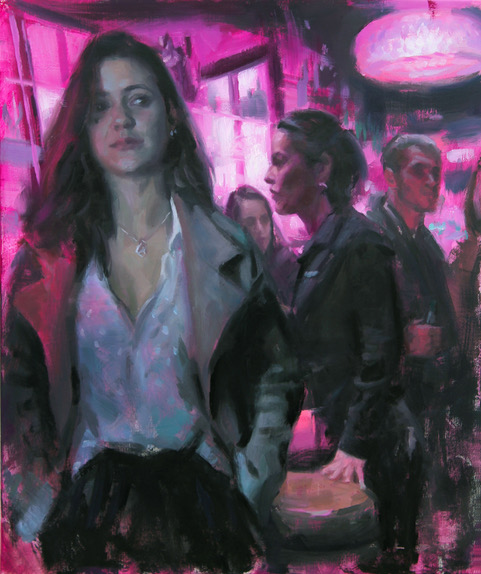 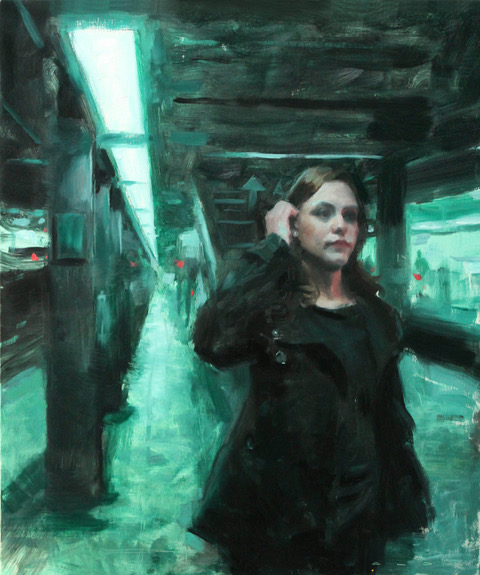 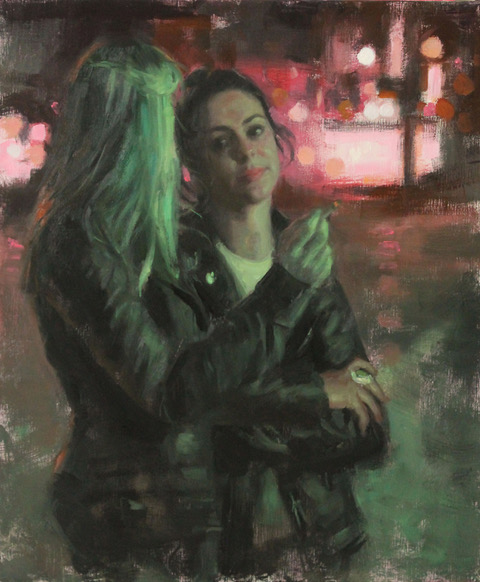 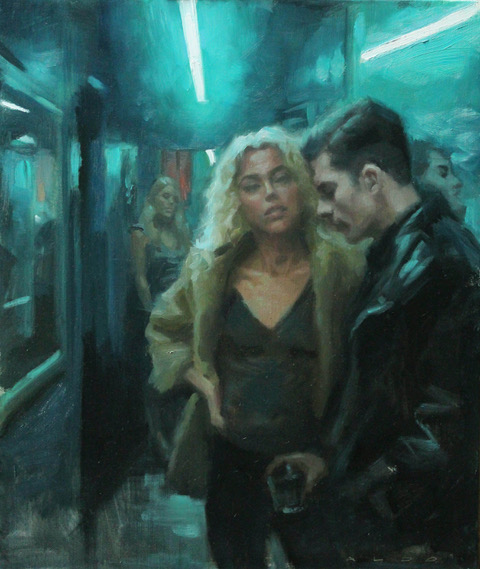 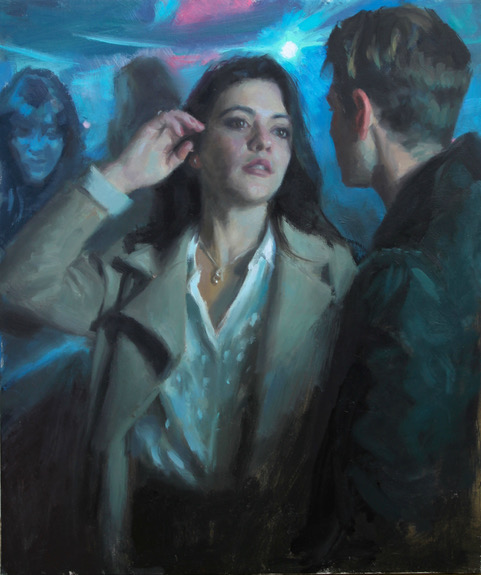