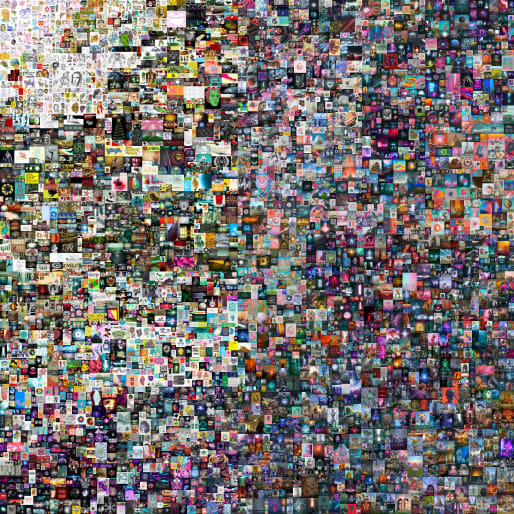 NFTs are here to stay and the art world is having to catch up fast
Joining multimillion-dollar sales of artists such as David Hockney and Jeff Koons at Christie’s, one thing is clear: NFTs are not a flash in the pan for the art world

When an obscure American graphic designer called Mike Winklemann, AKA Beeple, became the third most expensive living artist at auction, after David Hockney and Jeff Koons, selling an NFT digital artwork for $69.3 million at Christie’s, paid for in cryptocurrency by two pseudonymous buyers, Metakovan and Twobadour, the art world spun on its axis. A bastion of tradition and respectability, established in 1766, Christie’s had pulled off two industry firsts when bidding closed on 11 March – the first major auction house to offer a purely digital work with an NFT (non-fungible token) attached, and the first to accept cryptocurrency. These landmarks were not only extraordinary in themselves, but they were expressed in a strange new language associated with an alien, virtual world inhabited by social outcasts and tech bros and linked, somehow, to the dark web, which worried the old guard.