Portraiture is one of the oldest genres in art history. Although we are now living in a world where selfies are a part of everyday life, portraits have survived through the ages and have never been more relevant than they are today. New artists creating striking portraits are emerging each day, ensuring the strong status and relevance of the genre in contemporary art. 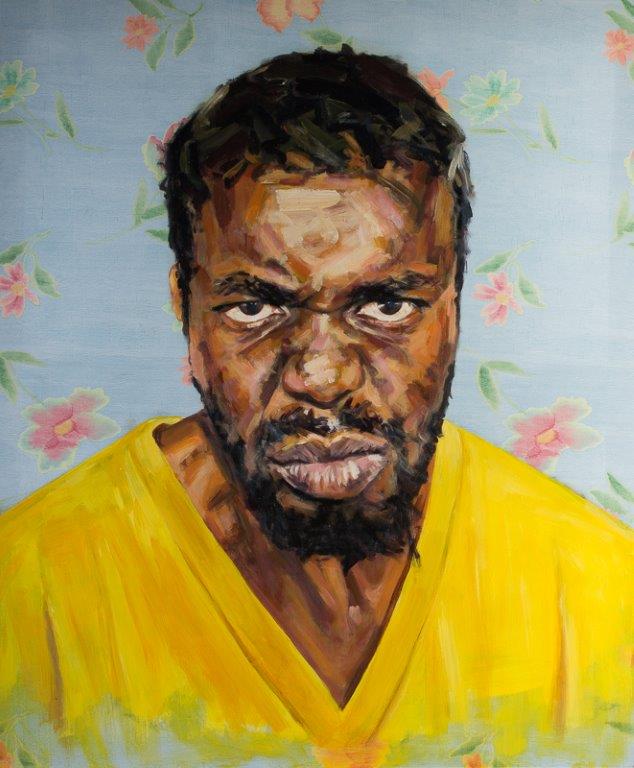 According to art critic Lorenzo Pereira, what makes portraits so magical, is the ability to depict not only the physical, but also the psychological characteristics of a figure. Portraits have the capability to portray more than just the likeness of a person, giving us insight into the wider cultural context and background of the sitter, as well as their psychological make-up. Besides the information that a portrait communicates to its viewers regarding the appearance of the subject, it is also important in contemporary art that a portrait contains a context, identity questions and socio-political issues. Not even symbolism can respond to these demands.

Portraiture can help us empathize with an individual or group of people, it creates awareness and aids in the representation of overlooked individuals. This genre is so much more than painting pretty faces…
2020 has heightened the global awareness of our human identity and interaction, and the upcoming 2021 iteration of the biennial National Portrait Award Competition serves as the perfect platform to explore and communicate these humanitarian narratives and ideas.

The Rust-en-Vrede Gallery cemented the Portrait Award as a prestigious event on the SA Visual Arts Calendar, with previous generous sponsorship by Sanlam Private Wealth. Since its inauguration in 2013, the competition (whose rules are based on the long-standing BP Portrait Award in the UK) has evolved and transformed considerably, attracting entries of an increasingly higher standard. Taking this into consideration, a second prize of R 30 000 and a third prize of R 20 000 will be introduced this year. The overall winner, as selected by the adjudicators will receive an elevated prize of R 150 000 and a slot to present a solo exhibition at Rust-en-Vrede Gallery in the following competition year.

A special award will also be given to a young artist between the ages of 18 and 25, which will entitle him/her to six Zoom sessions with Andrew James, Master Portrait Artist, member and former Vice-President of the Royal Portrait Society in Britain.

Artists from all walks of life and from all over South Africa have been participating each year. The competition is eagerly anticipated and “followed” by thousands of art lovers locally and even abroad.

Digital entries are open from 1 June until 12 June 2021 and artworks may be submitted during this time via the gallery website (www.rust-en-vrede.com-portrait-award). 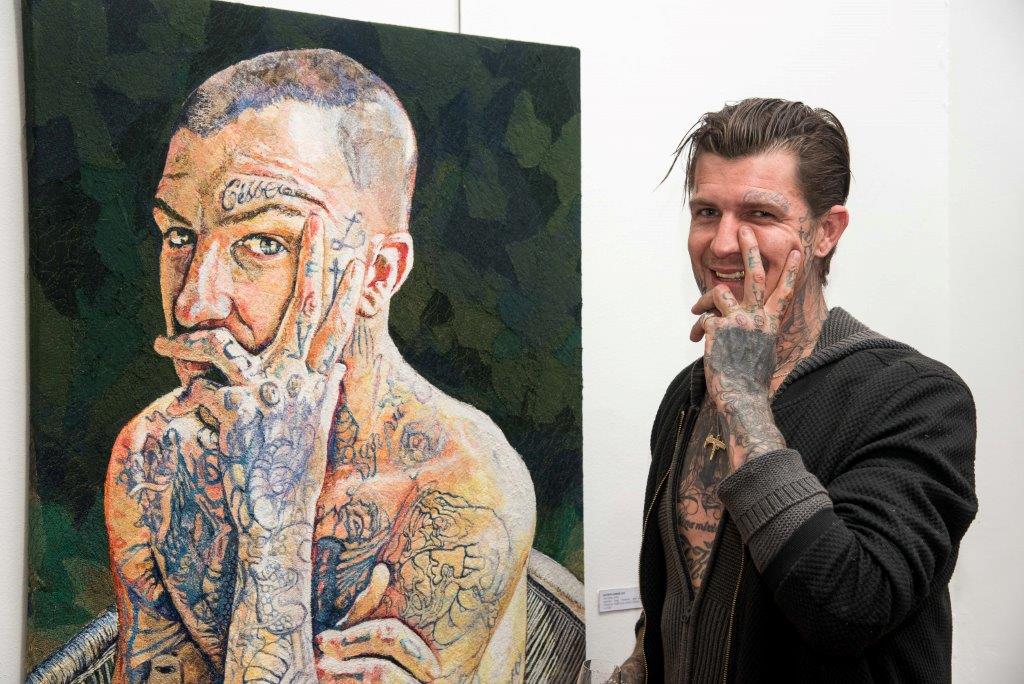 Daniel Lotz with the 2019 Top 40 portrait of him by Kathryn Harmer Fox. 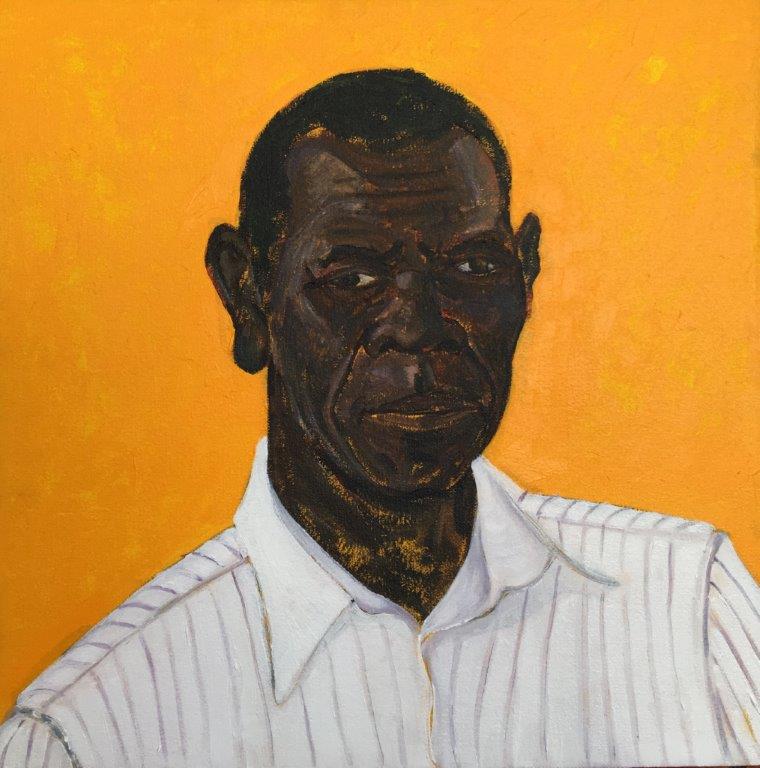 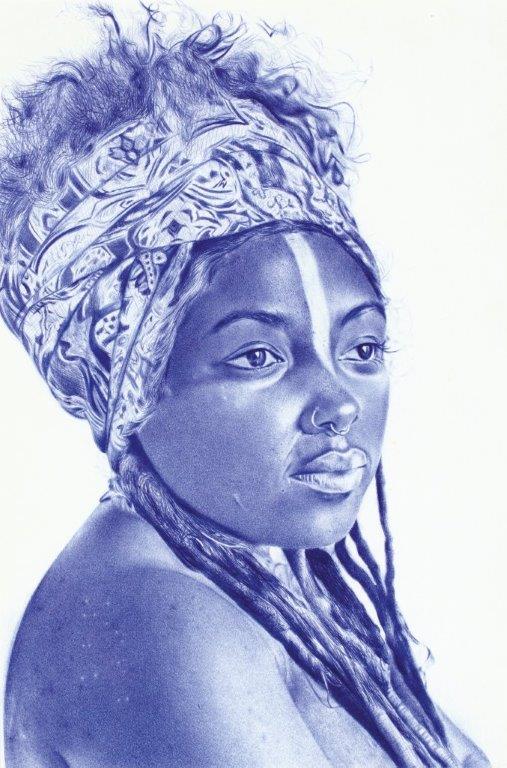 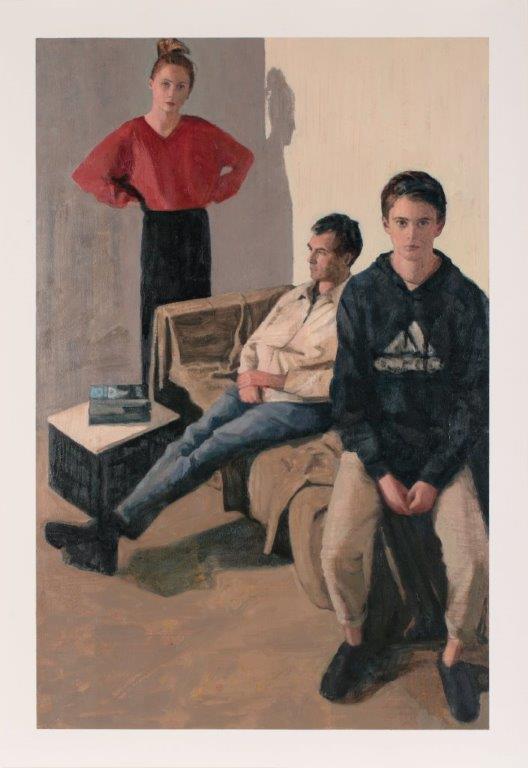 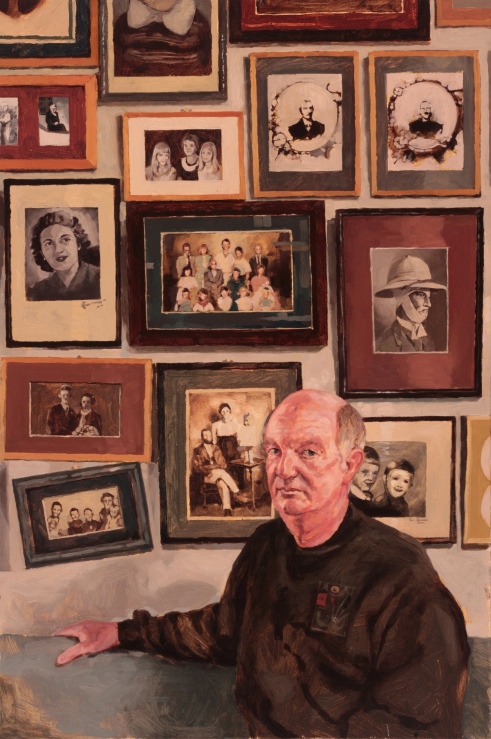 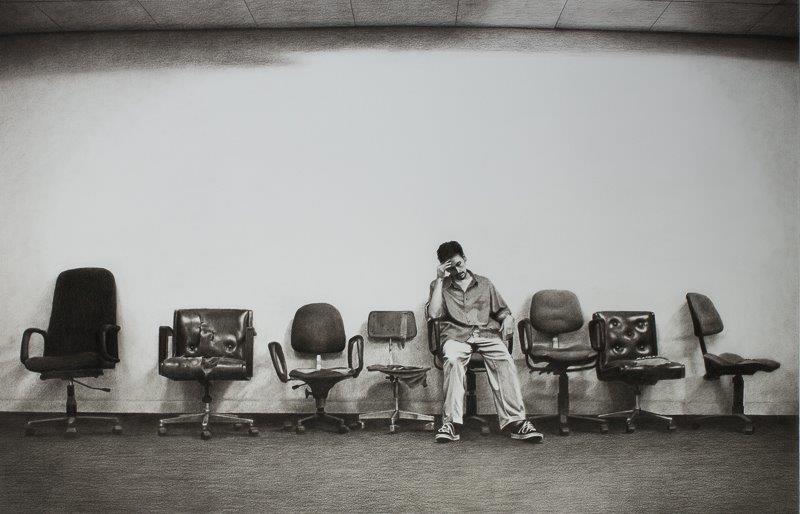 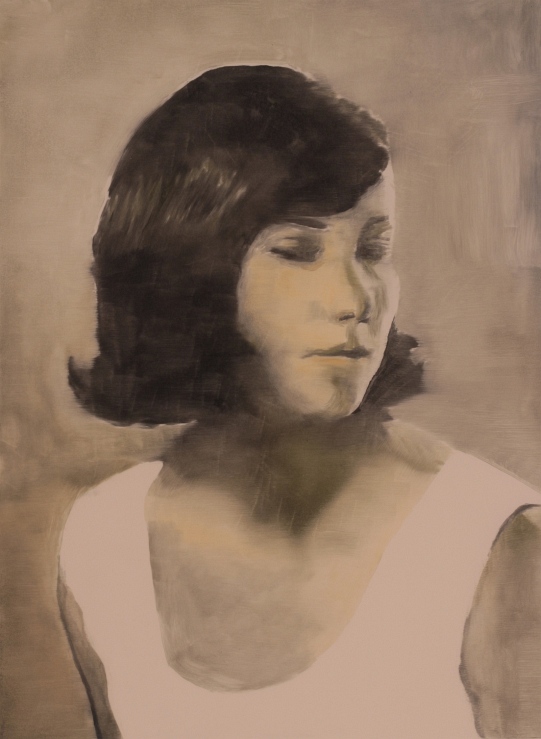 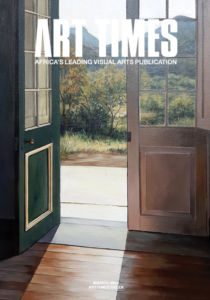 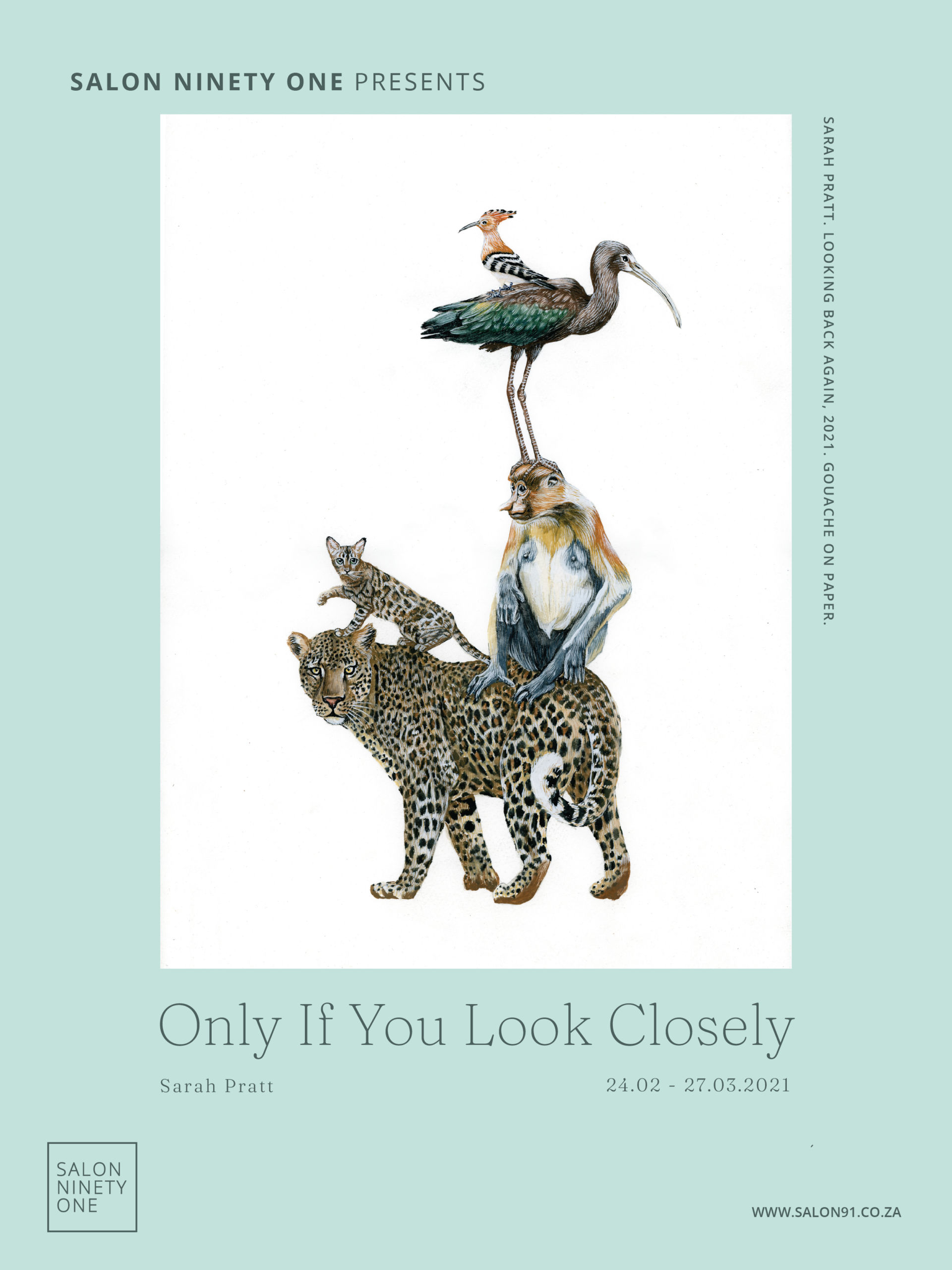 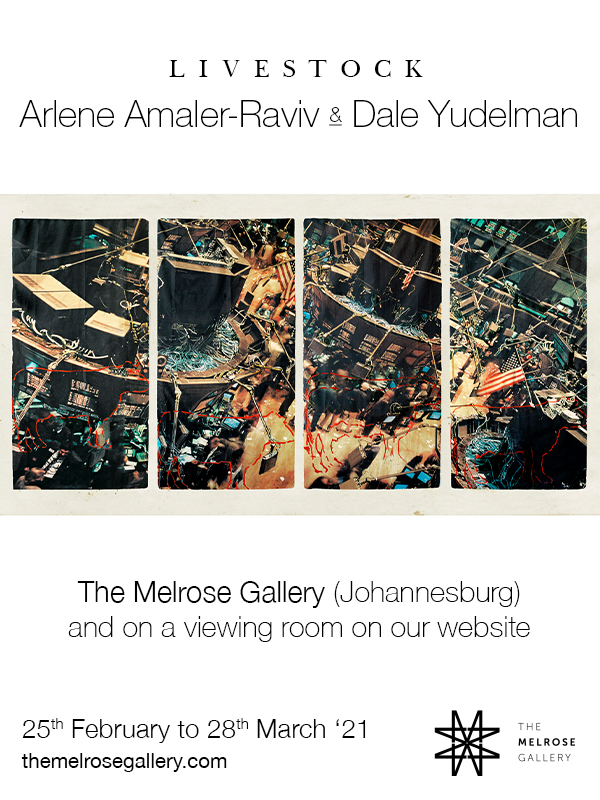