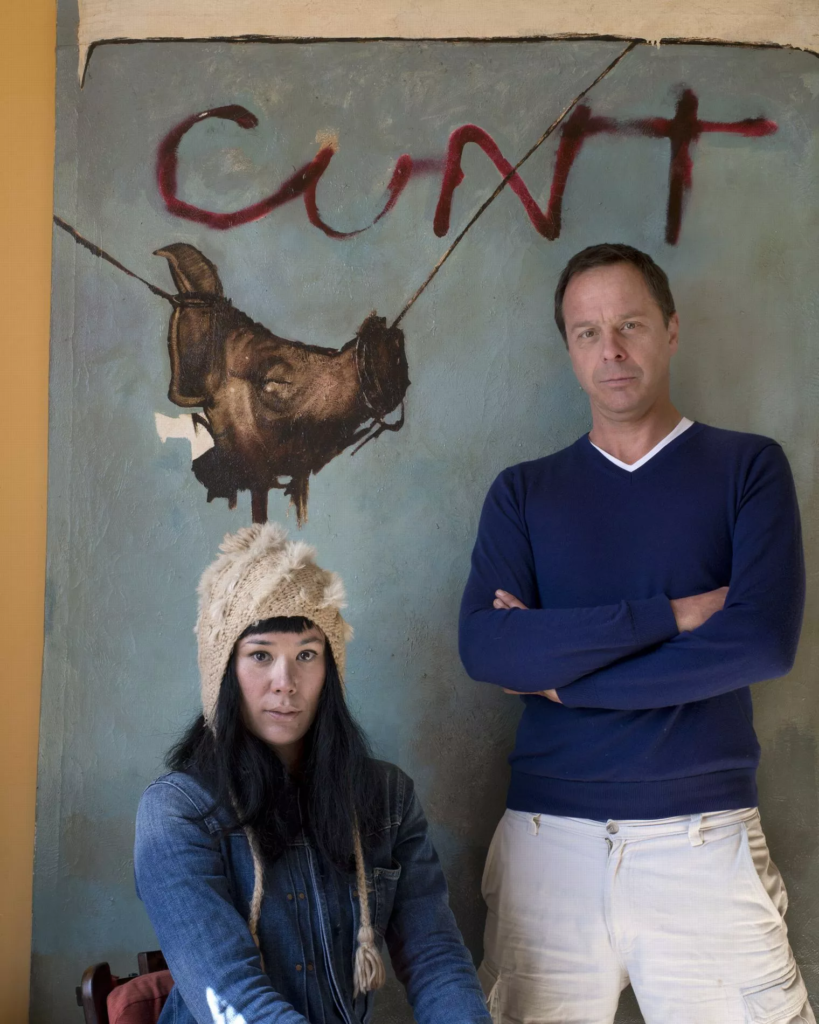 Art dealers leave fingerprints, little traces and impressions of their enthusiasms that remain – like filigree watermarks, not stains – long after their deaths. In the case of Henri Vergon, the Brussels-born dealer who died at age 51 of a heart attack at his home in Johannesburg, hints and suggestions of his vital presence will remain evident for decades to come. Best known for his Afronova platform – a roaming dealership and fair-based enterprise that initially existed as a physical gallery space in central Johannesburg – Vergon’s flair for promotion helped establish the careers of two generations of talents, notably Billie Zangewa, Lebohang Kganye and Phumzile Khanyile.

Much like his predecessors, the European émigrés Madame Fernande Haenggi, Egon Guenther and Reinhold Cassirer, all formidable forces in the history of art in Johannesburg, Vergon made it his mission as a dealer to expand cultural tastes and art patronage in his adoptive home. His enthusiasms were particularly directed at African art. Writing in a 2007 catalogue accompanying an ensemble showcase of artists allied to his two-year-old space, Vergon described Afronova as “a polyphonic platform for African contemporary expressions”.

Established with R30 000 and lots of chutzpah, Afronova lived up to this claim, early on hosting solo shows for Malian photographer Malick Sidibé, Cameroonian artist Joël Mpah Dooh and Haitian artist Mario Benjamin. Vergon’s worldly tastes owed a great deal to his idiosyncratic apprenticeship in art. A graduate of the French business school EDHEC, he briefly worked in the United States in the late 1980s before moving to Paris, in 1991, to take up employment in culture agency. He briefly worked as an intern for a dealer in classical African art before, in 1995, securing a position as a cultural officer at the French Institute of South Africa (IFAS) in Johannesburg.

“I was born again here,” Vergon told journalist Fred de Vries in a 2006 interview of his personal renewal in newly democratic South Africa. “I became a new man. Everybody I met was completely open. They had all been fragmented by recent history. They were questioning themselves: where did they come from, and what did their fathers do? They were trying to make sense and give themselves a place in the future, building a new world. I threw away all my old protection and jumped straight into the same pool.”

Vergon was speaking metaphorically, although in 1997, to celebrate the opening of the second Johannesburg Biennale, IFAS hosted an artists’ party in a derelict home in the suburb of Riviera where the late-night carousing spilled from the house into an empty pool. The formless possibilities and newfound cosmopolitanism of 1990s Johannesburg left a deep impression on Vergon. In 2000, when artist Kendell Geers initiated a petition calling on the Department of Arts and Culture to reinstate the defunct Johannesburg Biennale, Vergon chimed in: “We want it again. We need it. We will make it.”

Without the galvanising forum of biennale, Vergon, through IFAS, helped coordinate numerous exhibitions, festivals and singular one-off events in Johannesburg, many in and around the Market Theatre precinct. In 1997, for example, IFAS underwrote an exhibition devoted to poet and cultural maverick Sinclair Beiles. Born Uganda, but raised in Johannesburg, Beiles came to prominence through his collaborations with expatriates living in Paris, among them poet Gregory Corso, novelist William S. Burroughs and Greek kinetic artist Takis. Staged in a reconstituted Beat Hotel created inside a disused warehouse in Newtown, Sinclair Beiles and the Beat Hotel drew attention to an overlooked local avatar of creative experimentation.

Vergon continued to support innovation and difficulty in the new decade. He was the driving force behind Wayne Barker’s 2000 Chalkham Hill Press monograph authored by Charl Blignaut. In 2001, while still at IFAS, he assisted Steven Cohen with the artist’s controversial performance piece, Chandelier (2001–02), which culminated in the artist walking through a demolished shack settlement wearing a chandelier-costume. And in 2002, Vergon included artists Mounir Fatmi (Morocco), Goncalo Mabunda (Mozambique) and Goddy Leye (Cameroon), now all highly regarded figures, in an exhibition that formed part of a five-day arts festival in Newtown called Playtime.

It was a call to write a catalogue essay for Zangewa’s 2007 exhibition at Afronova that cemented a longstanding friendship. I can’t say I knew Henri in any privileged way. But long after resigning my role as a magazine editor and writing less newspaper criticism, Henri continued to seek me out at fairs in Cape Town, London and New York. He was lashing in his gossip and steadfast in his enthusiasms, especially for the photographic talent being nurtured by the Market Photo Workshop. I loved Henri for this, his support of photography – a medium more spoken of and written about than collected in South Africa. An unremembered fact online is that in the early 2000s Vergon self-published a small book of his own photographs, a sequence of Jo Ractliffe-esque documents of empty Johannesburg billboards.

Much like dealer Warren Siebrits, Henri was an art merchant who privileged patiently cultivated networks over the razzmatazz of real estate and visible infrastructure. It is a way of being in the art world that, for Henri and long-time partner,  Emilie Demon, enabled Afronova to represent its artists at offbeat fairs and place their work in benchmark collections, including the Walther Collection and Jean Pigozzi’s Contemporary African Art Collection. Henri’s commitment to his artists was, I’ll admit, old fashioned. He liked to assemble and commune with them. 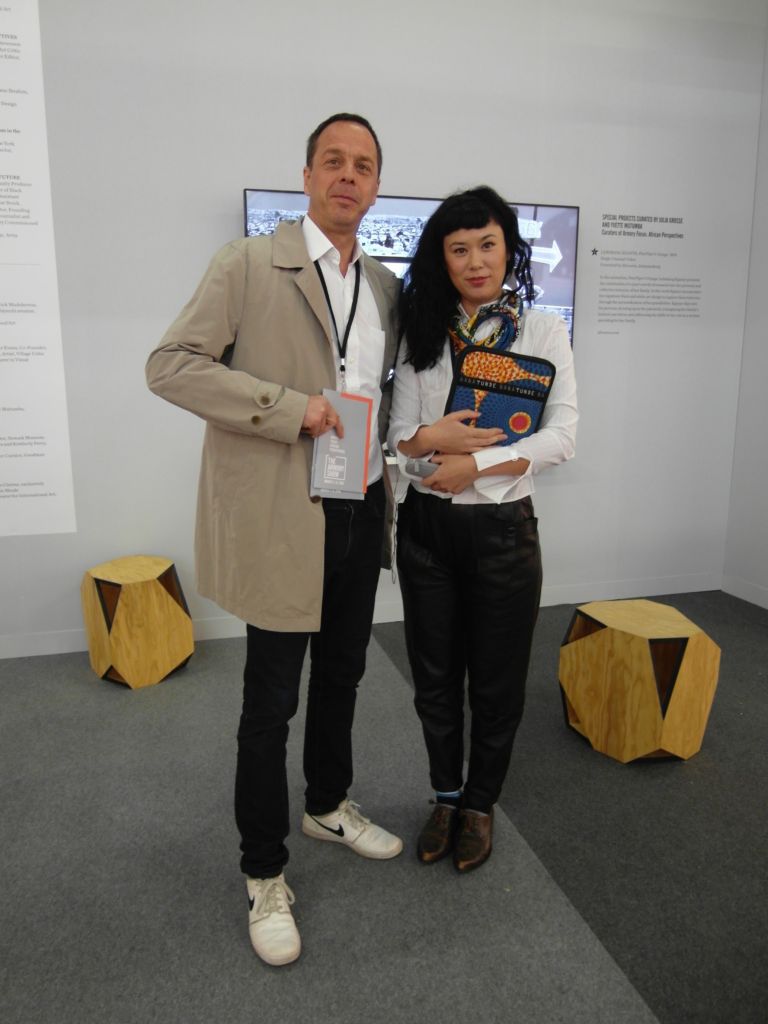 Last year, during the run of the ludicrously insular FNB Art Joburg, which excluded Afronova, among many, I nipped off to visit Henri at his home in Parkhurst. Gallery artists Alice Mann and Lawrence Lemaoana were among the guests, although, really, it was no occasion, just a get-together – a gathering of fragments, as Henri once wrote, to foster métissage. As one beer turned to two, Henri plonked down a copy of a 544-page book, Sex, Race & Colonies. The book contains 1200 erotic portrayals (in photographs, paintings and prints) of colonised people made from the 15th century to the present day. The book elicited howls of criticism in France when it appeared in 2018. “I had no idea,” I told Henri. He grinned in that Cheshire cat way of his. Once again, he was broadening my horizons.