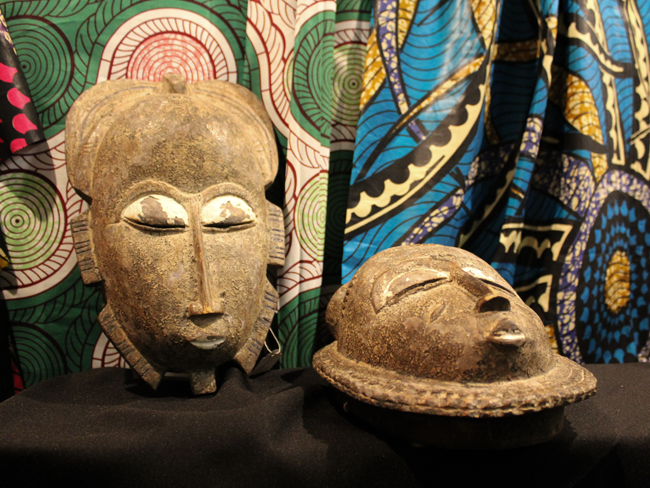 Africa is the world’s second largest continent and home to 1.2 billion people. The continent comprises 54 independent states of which Algeria is the largest in terms of surface area and Nigeria is the most densely populated state. Home to a diversity of ethnic groups, Africa boasts a rich variety of cultures. Various factors have influenced and shaped African cultures, including religion, the environment, politics, technology, innovation and inter-cultural interactions.
African cultures are known for their traditional crafts, such as basketry, pottery, woodcarving, textiles (woven and printed), musical instruments and the making of tools and weapons. This exhibition aims to showcase Africa’s rainbow of cultures by means of a selection of artefacts from the National Museum’s anthropology collection.
Objects and textiles from a variety of countries ranging from Egypt in the north, Nigeria in the west, Kenya in the east and Zimbabwe in the south, display the vast cultural diversity of a vibrant and fascinating continent.