Parthenon Marbles Suffered Damage Because of Pollution, According to New Report

Parthenon Marbles Suffered Damage Because of Pollution, According to New Report

The Elgin Marbles, which are part of the collection of the British Museum in London, have been in the news a lot lately. In his recently published book, human rights lawyer Geoffrey Robertson QC wrote that the British Museum “would be even greater if it washed its hands of the blood and returned Elgin’s loot.” And during a recent visit to Greece, Chinese president Xi Jinping said that he supports Greek efforts to seek the return of the marbles, which Thomas Bruce, the seventh Earl of Elgin, took from the Parthenon in Athens in the early 19th-century. Now, a new report suggests that important parts of the sculptures as we know them today don’t look anything like they used to.

In 1802, before he left the Greek capital, Elgin created casts of the west frieze of the Parthenon, which is now housed at the Acropolis Museum, and the report suggests that the sculptures appeared differently 200 years ago. Research conducted by Emma Payne, a fellow at Kings College in London, shows that the condition of the west frieze sculptures has deteriorated significantly over the years.

Payne analyzed damages to the sculptures that occurred during the period between 1802 and 1872, when the British Museum commissioned a new set of casts, and she measured the versions of the works against 3D scans of the sculptures as they exist today. In the process, she discovered that the pieces have lost facial features and were subject to vandalization in the Victorian era.

“Elgin’s casts could be important records of the state of the sculptures in the very early 19th-century before modern pollution would hasten their deterioration,” Payne told the Guardian.

The findings of the report “provides strong support for the use of casts as an—often digitized—archaeological resource.” The conclusion of the research also states that, though 19th-century casts’ “general accuracy” has been proven, “it is important to be alert to the fact that, just as the originals were often subject to significant programs of restoration, casts produced in this period were subject to comparable interventions.”…Read More 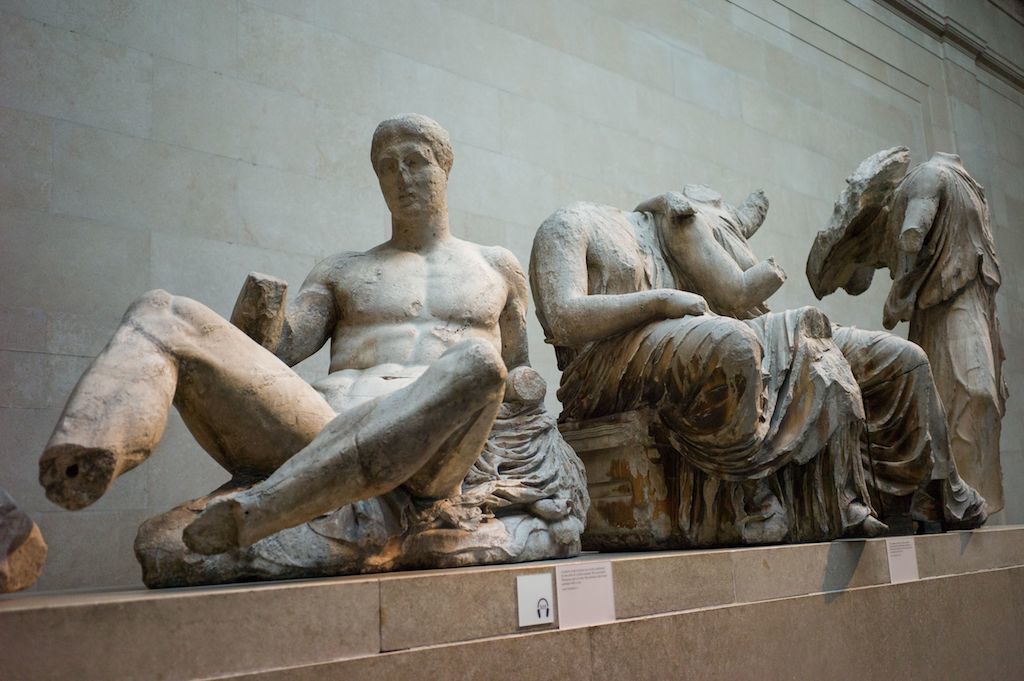 The Parthenon Marbles at the British Museum. JANE HOBSON/SHUTTERSTOCK