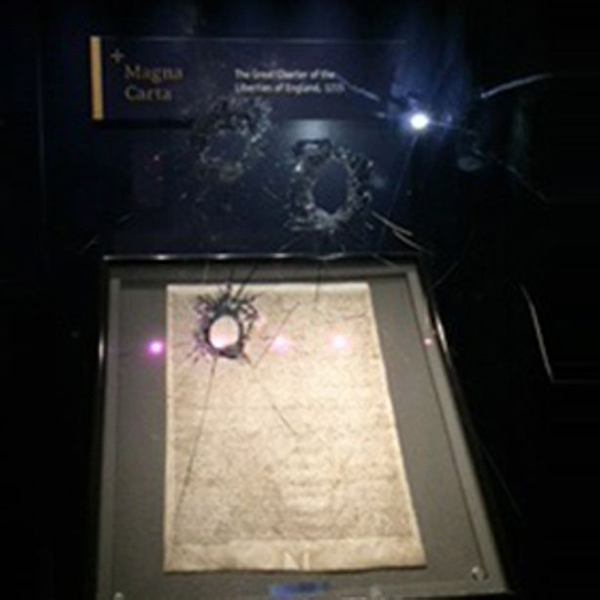 A man has been arrested on suspicion of the “attempted theft” of the Magna Carta at Salisbury Cathedral, according to Wiltshire Police. The incident was first reported yesterday evening (25 October), but police have since announced it as a suspected attempt at theft, rather than vandalism.
Yesterday afternoon alarms were activated when a man smashed the glass box surrounding the Magna Carta, which is displayed to visitors in the cathedral’s chapter house. This was shortly before 5pm, when the exhibition was due to close to the public. Police were immediately called and the entire cathedral was evacuated. There were no injuries.