The winning portraits of the 2021 Portrait Award competition were announced during the Top 40 finalist exhibition opening event at Rust-en-Vrede Gallery on Friday, 3 September 2021.

Amidst ongoing calamities, South African creatives, through the power of sheer determination, managed to enter portraits of outstanding quality. A final number of 919 entries all had one unmistakable quality in common – an acute awareness of our own humanness. It, therefore, comes as no surprise that the overall selection boasts an empathetic approach, with the winning portraits exemplifying both the frailty and endurance of the human spirit.

Felicity Bell, a self-taught artist from Nelspruit, Mpumalanga, was declared the overall winner for her skillful and compassionate rendition of Khulani: d. February 2021. Bell’s father was a greatly accomplished South African artist, who influenced her love of painting, particularly of faces and figures. Since leaving her teaching career in the early 2000s, Bell began accepting commissions and held her first successful solo exhibition in 2012 at the White River Gallery. She also began entering competitions around this time. In 2016 her entry was selected for the second round of judging in the prestigious international BP Portrait Award in London. Closer to home, she achieved a place in the Top 40 of the then Sanlam Portrait Award in 2015 and three places in the Top 100 in 2019. Besides her winning portrait, Bell also has two other paintings in the 2021 Portrait Award Top 40 Finalist selection titled A Visit to Dr Esther at Home and Dana, Gallery Owner. All three of her masterfully executed portraits express an honest, endearing connection with the sitter. 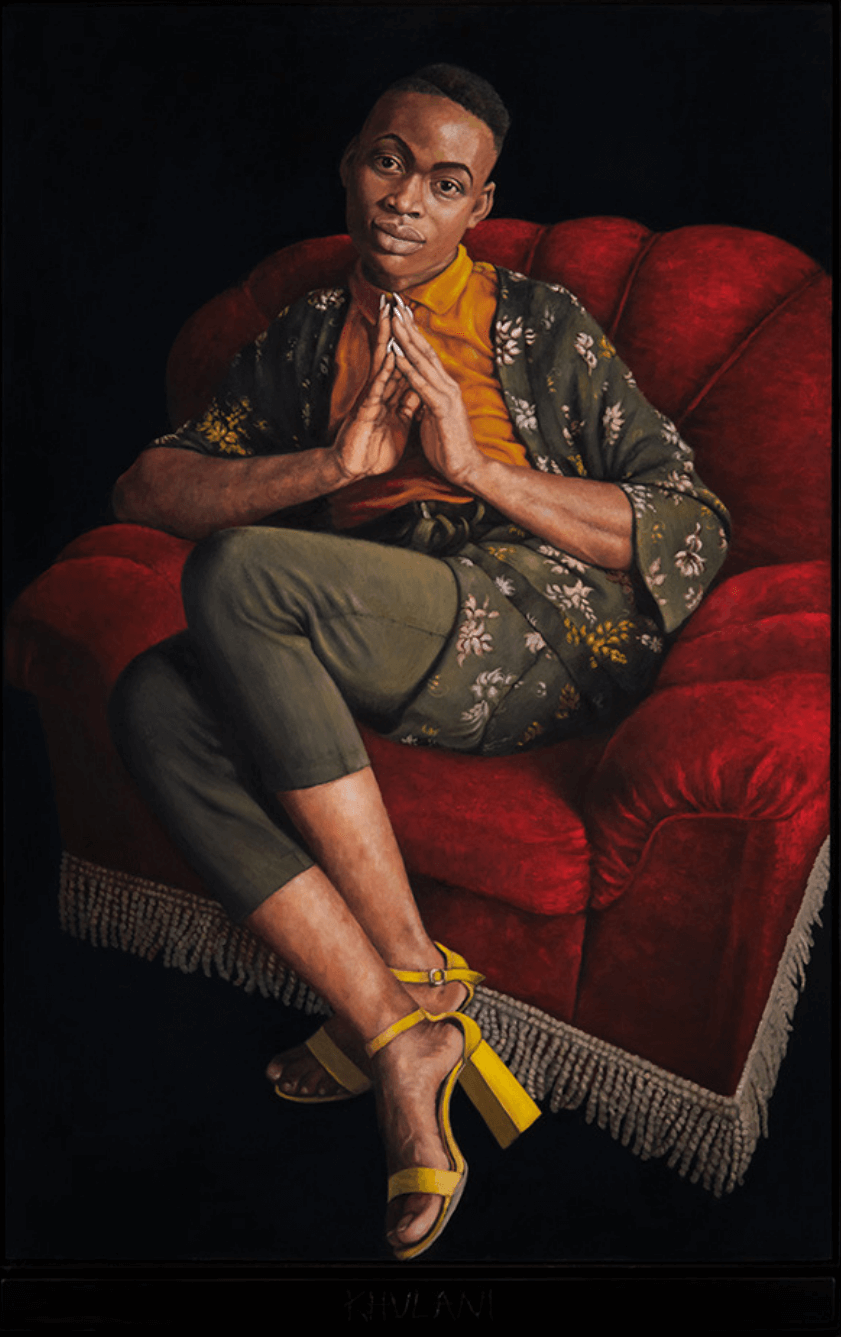 The Rupert Art Foundation Second Prize Winner Ashley Ogilvy initially trained as a graphic designer and worked at several design studios and advertising agencies. Curiosity and a desire to paint and draw was ever-present and a move to Cape Town opened the possibility of taking up a fine art education. She honed her drawing skills by making several thousand drawings of the Cape Philharmonic orchestra during weekly rehearsals over several years as well as committing to a lifelong practice of figure drawing. After gaining an art education in SA, Ogilvy later trained and studied in studios and ateliers abroad (including USA, UK, Italy and Morocco). Ashley placed in the Portrait Award Top 40 in previous years due to her technical prowess and intimate painterly style. Her 2021 entry, titled Lena Awaits the Day, is a uniquely atmospheric and romanticized rendering of an elderly woman, oft forgotten and dismissed by an overwhelmingly ageist society. Stellenbosch based artist Christelle du Plessis is the recipient of The Rupert Art Foundation Third Prize for her striking portrait titled ‘Petri’. She obtained BA Fine Arts degrees from both the University of Pretoria and UNISA, but only started a full-time career as an artist in 2009. Her fist major exhibition, entitled BLACK, was held concurrently at the Gallery Grande Provence in Franschhoek and Galerie de Medicis, Place de Voges, Paris, France, when she exhibited with the acclaimed French artist, André Nadal. Du Plessis made a bold statement in using the colour red in rendering the background of her entry ‘Petri’. This vivid colour, coupled with the assertive stare of the sitter, created a portrait that exudes strength and confidence. 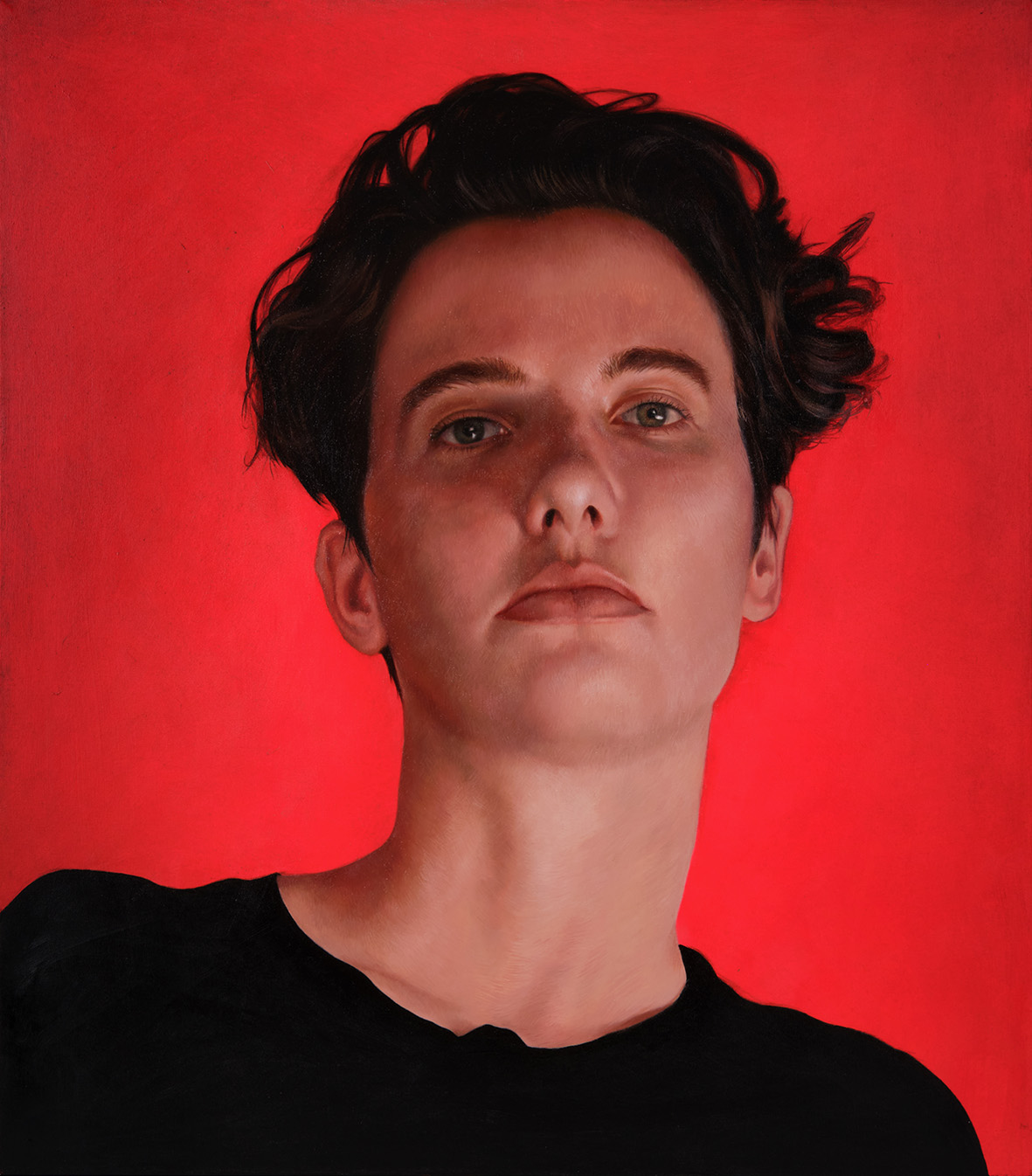 The winning works, along with the other Top 40 portraits, will be on display at Rust-en-Vrede Gallery in Durbanville, Cape Town, from 4 September until 3 November 2021 during gallery hours. www.rust-en-vrede.com / 021 976 4691 / rustenvrede@telkomsa.net

See 60 more of the Top 100 selected portraits at the Rupert Museum in Stellenbosch, in an exhibition titled Portrait 100. This exhibition will run from 4 September until the end of November 2021 during museum hours. www.rupertmuseum.org / info@rupertmuseum.org / 021 888 3341