Preserving the Sistine Chapel Is a Never-Ending Task. See Stunning Behind-the-Scenes Photos of What It Takes

Preserving the Sistine Chapel Is a Never-Ending Task. See Stunning Behind-the-Scenes Photos of What It Takes 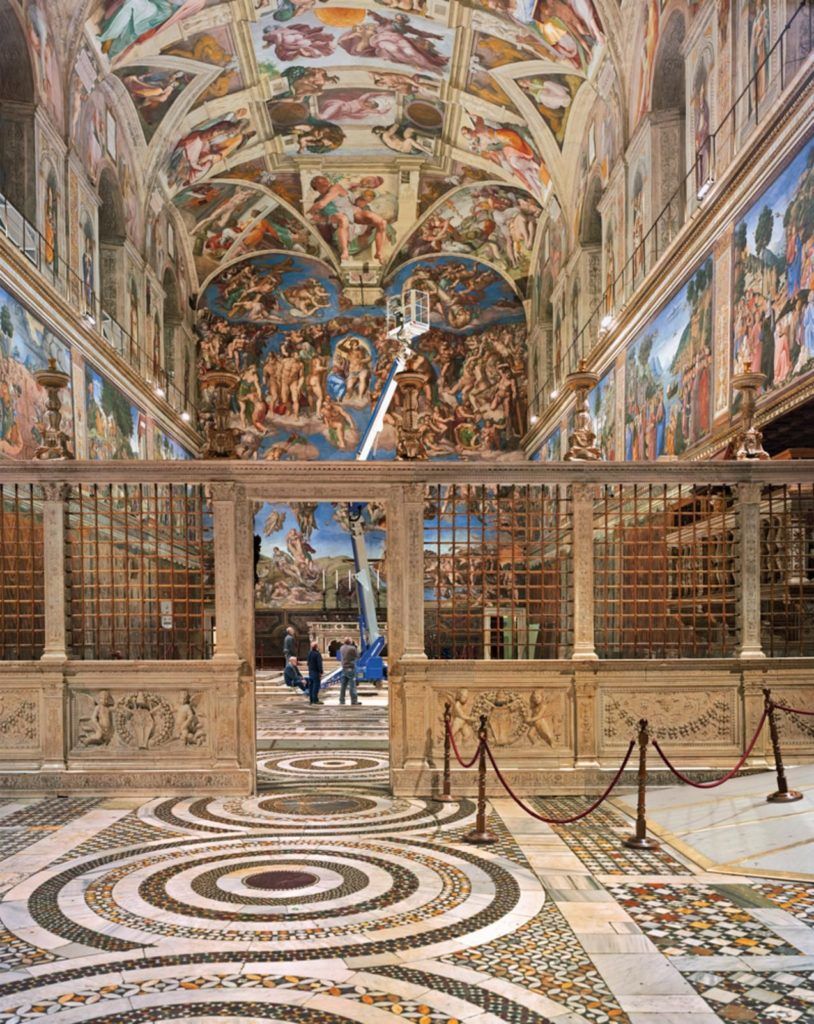 In the 1980s, the Vatican famously began an extensive restoration of the Sistine Chapel, clearing away centuries of dirt and grime from Michelangelo’s famed frescos. When that project ended in 1994, a new one began: the careful monitoring and so-called “preventative conservation” of the works, which are now seen by close to seven million visitors each year. The name of the game? Constant vigilance.

In a special behind-the-scenes look, the Wall Street Journal Magazinevisited the chapel after hours to see how the delicate artworks are carefully monitored to make sure they are not threatened by contaminants brought in by hoards of visitors (more than 1,000 can crowd in at a time) who inadvertently track in dirt, dust, and leave behind traces of hair and skin. …Read More

Image: The Spider (the Multitel SMX 250) and the Sistine Chapel. Photo by Robert Polidori for WSJ Magazine.