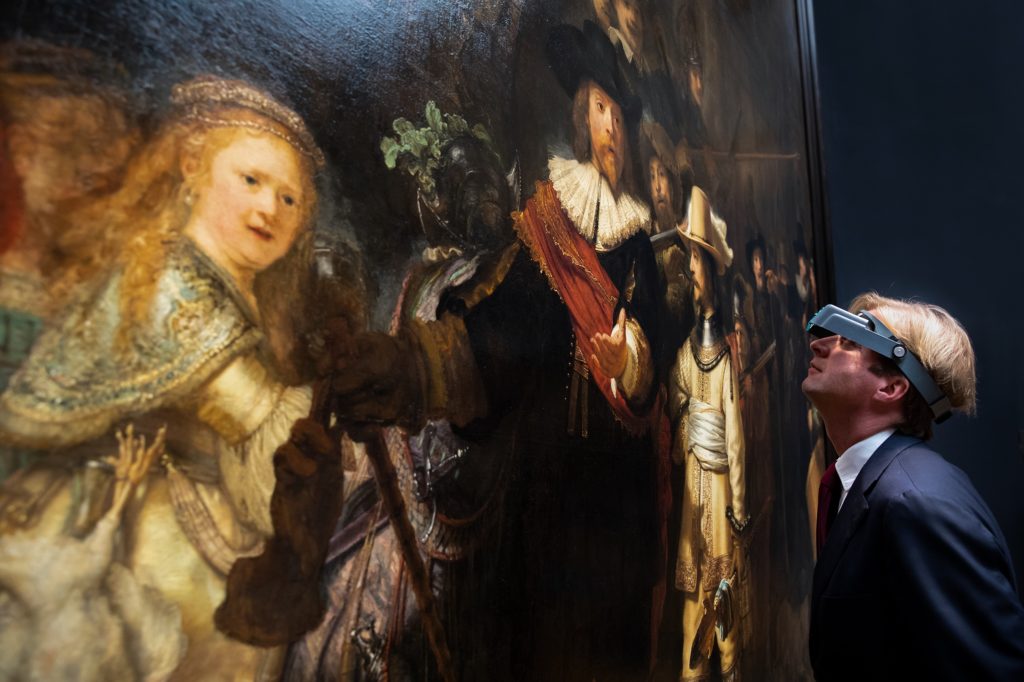 One of Rembrandt’s most famous and ambitious paintings, the Night Watch (1642) will undergo an ambitious restoration next year—right in public view. Beginning July 2019, the Dutch master’s monumental group portrait will be conserved over a number of years at the Rijksmuseum Museum in Amsterdam. Experts will work on the painting inside a specially-designed glass chamber. The entire process will be visible to the public and streamed online (an increasingly trendy approach to restoration).

The painting, thought to be one of Rembrandt’s greatest, was commissioned by members of Amsterdam’s civic guard led by Captain Frans Banninck Cocq and Lieutenant Willem van Ruytenburch. Rather than create a static portrait, Rembrandt chose to paint the militia in motion. The Night Watch has been the centerpiece of the Rijksmuseum’s collection since 1808, and is seen by an estimated 2.2 million people every year.
Read more