Ron English Will Whitewash the $730,000 Banksy Mural He Just Bought to Protest the Removal of Street Art

Ron English Will Whitewash the $730,000 Banksy Mural He Just Bought to Protest the Removal of Street Art 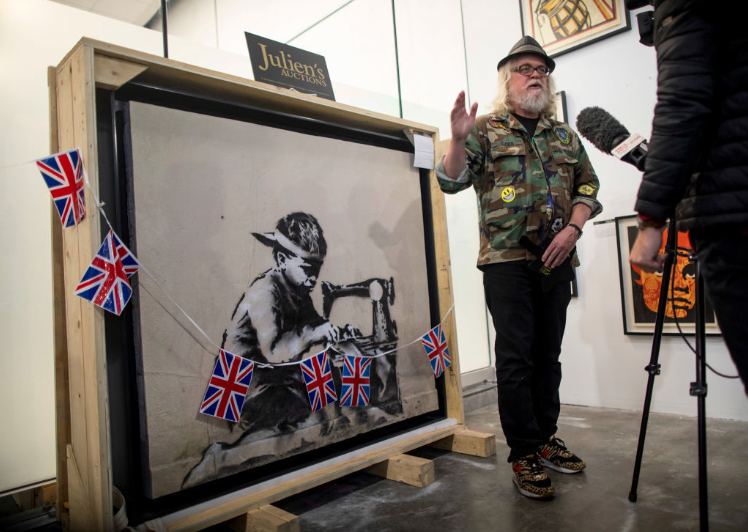 American artist Ron English plans to whitewash a Banksy work he bought for $730,000 to protest the commercialization of street art.

English was the winning bidder of Banksy’s Slave Labour (2012) at Julien’s Auctions in Los Angeles on Wednesday. The work was removed from the side of a London discount store—a practice Banksy has long decried. It depicts a young child on his knees sewing a string of Union Jack flags and is thought to be a denunciation of the use of sweat shop labor to create memorabilia for the 2012 London Olympics.

“My idea for this painting is to whitewash it for my good pal Banksy, I only wish I could’ve spent more money for it,” English told the Press Association. “I am going to paint it white again, I’m done. This is a blow for street art. It shouldn’t be bought and sold.” …Read More