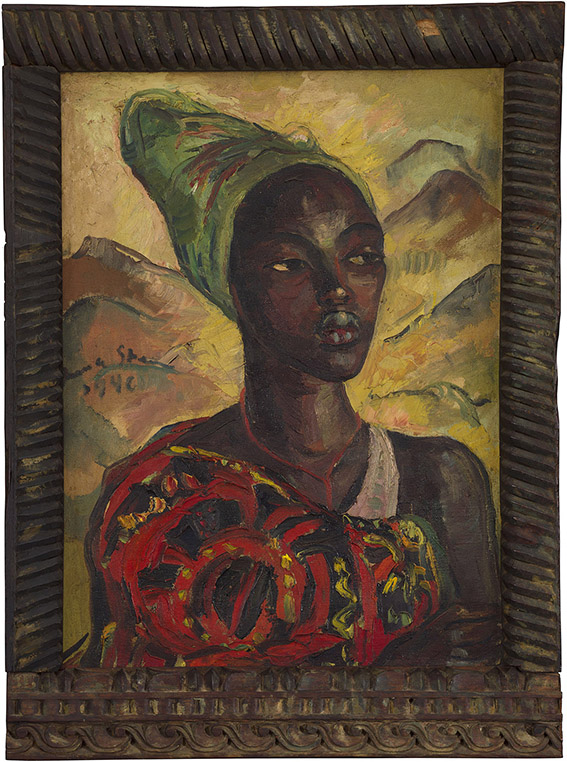 The friendly rivalry between two storied art cities, Cape Town and Pretoria, once again played itself out at auction, with Irma Stern and JH Pierneef topping Strauss & Co’s brisk spring sale held in Cape Town. A peak-period Stern portrait of a young Tutsi woman in a Rwandan landscape was the top lot, selling for R10.25 million, while Pierneef’s monumental study of interlaced camelthorn trees in a landscape near Thabazimbi fetched R2.7 million.

Other notable Pierneef lots on this sale include the majestic 1943 work Near Thabazimbi, Tvl (estimate R2 – 3 million), which features a mountain landscape dominated in the foreground by geometrically stylised camelthorn trees. The work is an expression of Pierneef at his most iconic. Pierneef’s attentiveness to the flora and geology of South Africa was cultivated during camping trips with his godfather, Anton van Wouw. Produced in 1918, At Pienaars River (Rooiplaat), Transvaal, Bushveld (estimate R700 000 – 1 000 000) records the luxurious simplicity the two artists were accustomed to on their expeditions. 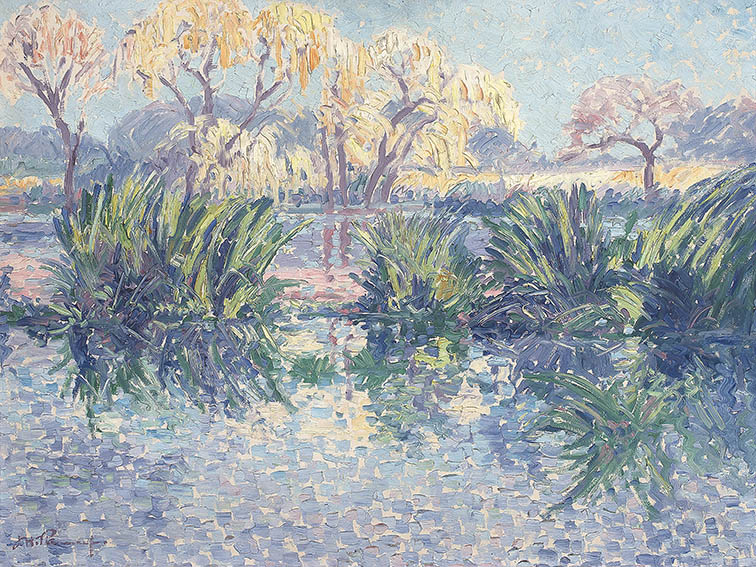 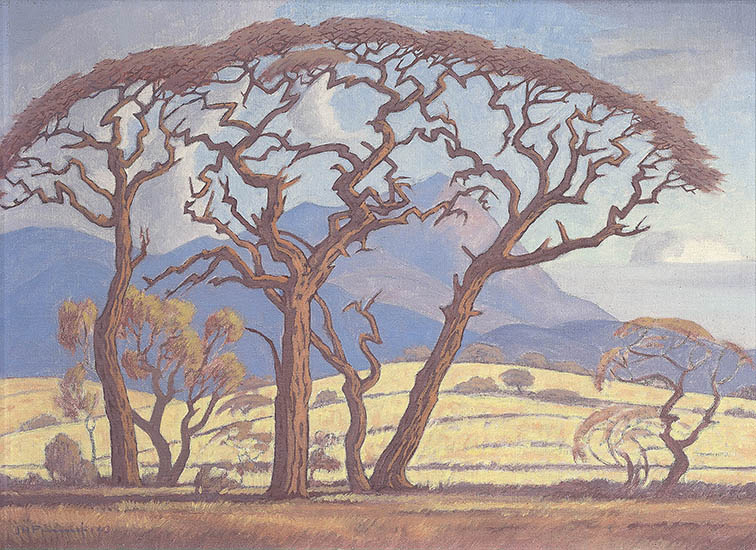 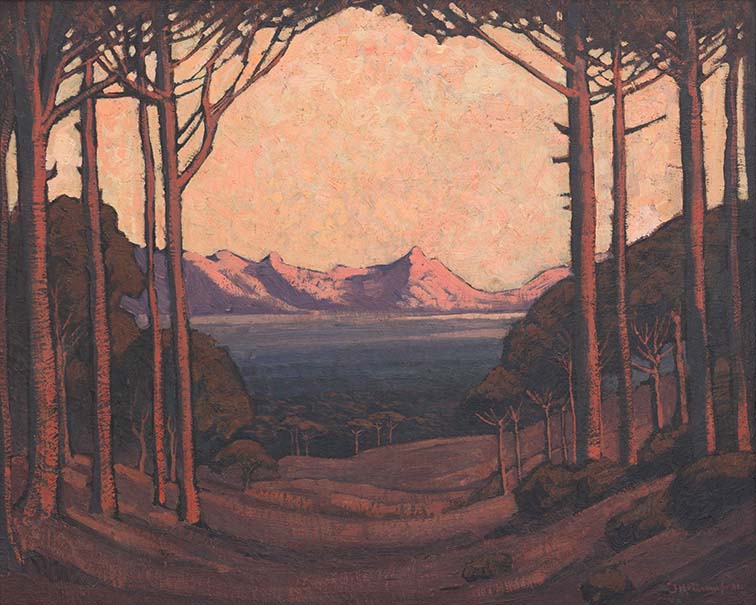 “I was greatly encouraged by the positive mood in the salesroom as well as the overall result of our sale,” said Frank Kilbourn, Strauss & Co’s executive chairperson. “Our 84% value sell-through rate was built on solid performances throughout the sale, including genuine enthusiasm for artists like Gregoire Boonzaier, Terence McCaw and Maud Sumner. The world records for Judith Mason, Walter Meyer and Neil Rodger, painters who all passed away in the last decade, suggests a welcome recalibration of appreciation for their work. Looking ahead, I draw confidence from the strong international interest shown in our decorative arts catalogue and high-value artists like Stern.”

Stern, the quintessential Cape innovator, started work on the spring sale’s top lot, A Watussi Woman with Mountains, in 1946 during her second trip to the Great Lakes region. It was first exhibited at Cape Town’s Argus Gallery in 1947, and subsequently at Galerie des Beaux-Arts, Paris, where it shared wall space with The Mauve Sari and Dahlias, important Stern works also handled by Strauss & Co in recent sales. Bina Genovese, Strauss & Co’s joint managing director, who handled the Evening Session, which included the Stern lot commented after the sale: “I was greatly encouraged by the animated mood in the saleroom throughout this session. There was strong bidding for the blue-chip moderns, with Stern and Pierneef once again demonstrating resilience, notwithstanding perceptions of a sluggish South African market for art.”

Of the dozen Stern works on offer, most were drawings and gouaches – they attracted solid interest. Stern’s Still Life with Gladioli and Fruit, a luminous oil painting emblematic of the artist’s contented late career, sold for R2.62 million. 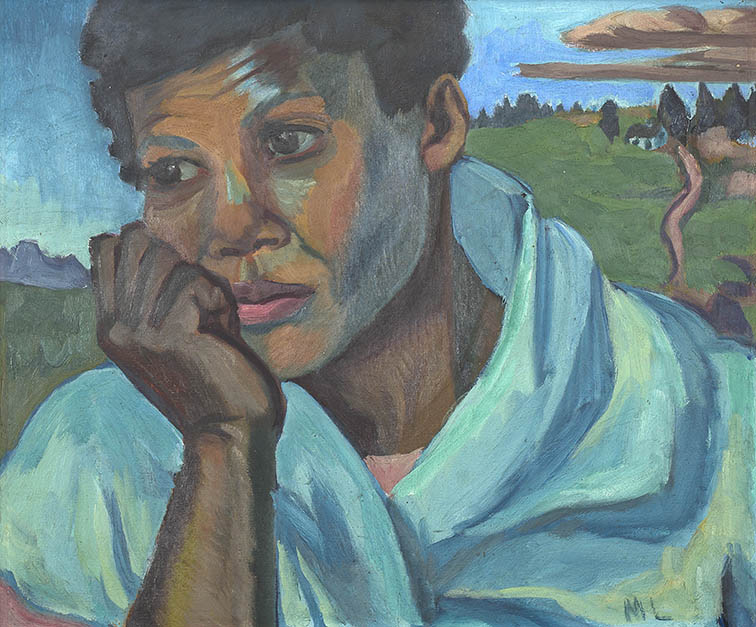 A dusky landscape scene from 1931 in Pierneef’s monumental style, A View Through the Trees, sold for R1.48 million, bettering the high estimate. Four Pierneefs from the private collection of a lady, all acquired in the early 1990s, found new owners. The pick of the bunch was Gold & Green, Rooiplaat, N.T., a wondrous neo-impressionist study depicting a riverine landscape northeast of Pretoria, which sold for R2.73 million. Willow Trees, Pienaarsrivier, Roodeplaat, a gorgeous autumnal scene from the same collection, achieved R625 900.

Alexis Preller, who received vital support from Pierneef at the start of his career, has over the last decade cemented his status at auction. Coral Fish, an enigmatic study of two Indian Ocean fish, sold for R341 400, well above estimate. Walter Battiss, who published Preller’s first monograph in 1947 under his Maroola Press imprint, also showed consistency. Bus Stop, a teeming horizontal painting, bettered estimates and sold for R227 600. Two large sgraffito paintings showcasing Battiss’s skills as a colourist safely made their estimates.

Of course, the story of South African art cannot be told without referencing Johannesburg. Interest in sculptural work by Amadlozi Group artists – a non-racial avant-garde of Johannesburg artists assembled by dealer Egon Guenther – remains high, especially after a 2018 survey exhibition at Norval Foundation. Ezrom Legae’s Reclining Figure 1, an exemplary work from 1967 displayed on the original wooden base manufactured by Guenther, sold for R455 200.

William Kentridge, arguably Johannesburg’s most famous living artist, performed well too. The top Kentridge lots were The Artist’s Garden, Houghton, a brooding charcoal study of an intimate space, which sold for R796 600, and Domestic Scenes: A Wildlife Catalogue, an early work on paper composed of nine etchings, which realised R273 120.

Other living artists who shone were Georgina Gratrix, Zanele Muholi, Sam Nhlengethwa, Lionel Smit and Simon Stone. Muholi’s striking self-portrait Isililo XX, originally produced as an edition for Zeitz MOCAA, sold for R62 590. Nhlengethwa’s 2009 oil and collage of a jazz bassist sold to a telephone bidder for R216 200, well above estimate. Smit’s sculpture of a cleaved head titled, Mind the Gap, doubled the pre-sale estimate and sold for R284 500.

The top-selling lot was a Qing Dynasty bronze silver-wire figure depicting the Chinese bodhisattva Guanyin. “This is how bidding should be on all lots,” said auctioneer Alastair Meredith when seven telephone bidders entered the chase for this 21cm-high statue, which eventually sold for R682 800.

A Qing Dynasty doucai bowl decorated with a dragon motif, also from the Newall Collection, surpassed its estimate and sold for R125 180. Interest was noteworthy for the Chinese blue-and-white ceramics, cloisonné vases and export silverware. Two Meiji period figures also struck a chord with collectors: an inlaid bronze sculpture of a monkey fetched R113 800, and gold-lacquer and ivory okimono of a woodsman sold for R102 420.

Strauss & Co’s next live auction is a Paris-themed sale in Johannesburg, scheduled for Monday, 11 November. The top three lots are by Alexis Preller, William Kentridge and Penny Siopis, acclaimed artists who each spent time in the French capital. The e-catalogue is now available to browse online. The next Saturday Live auction takes place on 19 October in Johannesburg. 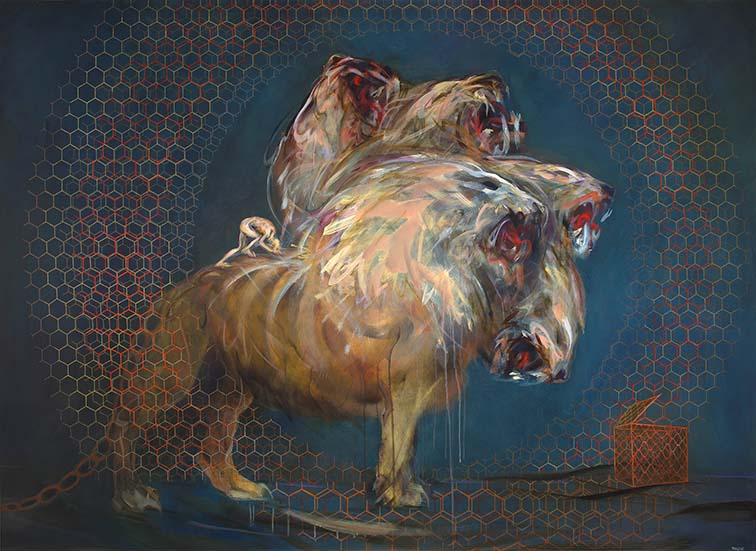