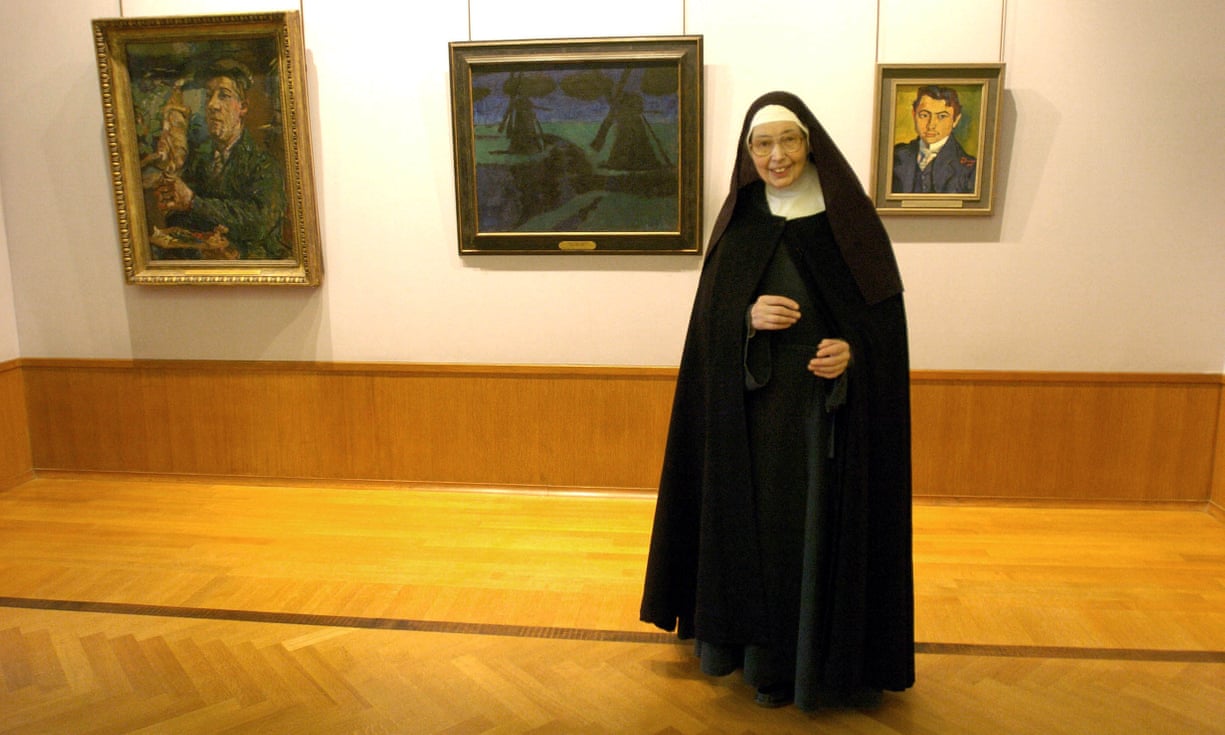 Sister Wendy Beckett, who has died aged 88, could be dismissive of the high-profile television work that made this hermit nun with owl-like glasses into an unlikely household name during the 1990s. “If I had known how much time it would take, I would never have started it.”

But those who made series such as Sister Wendy’s Odyssey (1992) and Sister Wendy’s Story of Painting (1996) recall that, at the time, she seemed to be enjoying herself on and off camera. There was always something contradictory about a nun, who had devoted her life to solitude and contemplation (since 1970 in a caravan in the grounds of the enclosed Carmelite monastery at Quidenham in Norfolk), but who also managed to slip away from the cloister to make large-scale TV series on (in the eyes of the world, if not Sister Wendy herself) non-religious subjects. …Read More

Pictured: Sister Wendy Beckett during her visit to the Barber Institute of Fine Arts in Birmingham in 2004. Photograph: John James/Mirrorpix