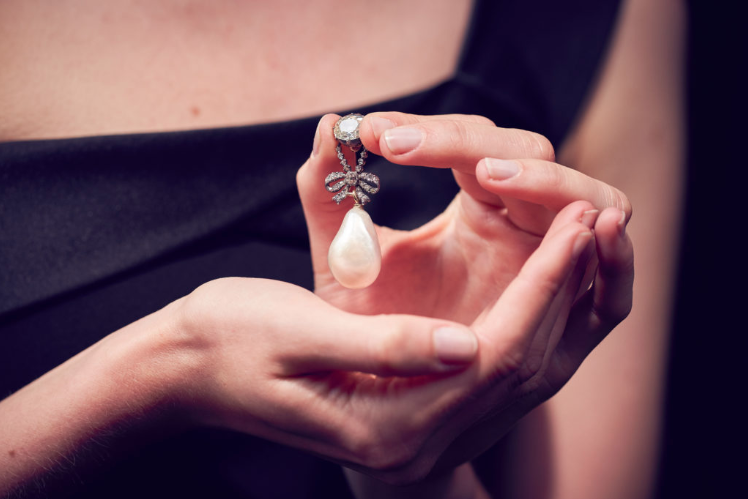 When Marie Antoinette realized that her life was in peril during the French Revolution, the much-maligned Queen of France sent her most precious items to family members abroad. Among the jewels that the queen smuggled away was a pendant with a large natural pearl in the shape of a tear drop complemented by diamonds. Safely wrapped, it moved between relatives from Brussels and then to the Austrian empire, remaining in the private possession of extended relatives for centuries. Some 200 years later, the incredible piece of jewelry with a dramatic backstory has hit the auction block, shattered its estimate, and set a world record.

The long-dead queen, who seems to be an eternal celebrity, is once again in the spotlight this week. On Wednesday (November 14) at Sotheby’s Geneva, the drop-shaped pearl and diamond piece from the queen’s personal collection sold to an undisclosed buyer for $36 million, eclipsing its pre-sale high estimate of $1.8 million by leaps and bounds. It was among 100 lots on offer from the Bourbon-Parma royal family, whose sale achieved a total of $53.1 million, seven times than the pre-sale estimate. Many of the pieces had not been seen by the public for two centuries. …Read More

Pictured | A model shows a stunning diamond pendant, supporting a natural pearl of exceptional size that belonged to Marie-Antoinette, Queen of France. Photo by Michael Bowles/Getty Images for Sotheby’s.