The emergence of a new class of younger collectors coupled with a strong showing by auction favourites J. H. Pierneef and Irma Stern enabled Strauss & Co to achieve solid results from its three-day live sale of South African fine wine and Modern, Post-War and Contemporary art. The sale was live-streamed from Strauss & Co’s offices in Johannesburg and Cape Town to an international audience and it attracted a large cohort of online and telephone bidders. The sale, which concluded on Tuesday evening with Session 5, earned a total of R66.9 million with a satisfying lot sell-through rate of close to 80%.

Pretoria artist J. H. Pierneef has been writing auction headlines for generations and once again proved his magnetism when a 1953 bushveld scene dominated by iconic large trees sold for R10.2 million, the highest grossing individual lot. It was a sale of arboreal highlights with an Irma Stern forest scene painted during her second trip to Belgian Congo in 1946 selling for R8.5 million to a telephone bidder. Rounding off the top-three lots sold was contemporary sculptor Dylan Lewis’s undated bronze Cheetah Running III, which sold for a new South African record of R2 million.

Frank Kilbourn, Strauss & Co chairperson said: “It is a very credible sale result given that South Africa is facing its biggest economic challenge in generations. The art market is still fundamentally healthy and the auction business remains an important mechanism for providing much-needed liquidity to collectors in times of crisis. I think it is important to acknowledge the overall quality of the artworks on offer and the vital role of client relationships.”

Strauss & Co achieved new world records for painters Keith Alexander and Mmakgabo Helen Sebidi. Vigorous bidding for a surrealistic landscape executed in Alexander’s meticulous realist style saw his 1988 work The Boulder sell for R967 300. A mythological painting by Sebidi titled Horse Spirit that was exhibited at the Norval Foundation in 2019 sold for R682 800.

Susie Goodman, an executive director at Strauss & Co said: “Our adoption of a hybrid model of live-streamed selling has significantly grown our client base, both nationally and internationally. Our intensive digital migration since the start of the Covid-19 pandemic has brought the art market into the sitting room. At one point over a thousand people were viewing the auction online. All this interest translated into new business. The sale saw moments of unbelievably competitive bidding, especially for artists with a strong brand online.”

Johannesburg painter Nelson Makamo is one such artist. Already well known when his work featured on the cover of Time magazine in February 2019, Makamo’s 2014 portrait of a young girl wearing earrings sold well above estimate for R455 200. Makamo is part of a new wave of young painters with international visibility. They include Georgina Gratrix and Portia Zvavahera. Gratrix’s impasto portrait titled The Advocate sold for R238 980 and Zvavahera’s expressionist study of a couple embracing, Pakatangira Rudo (Where Love Began), sold for R352 780.

Painted in 1938, the year he cofounded the New Group, Boonzaier’s light-infused street scene Wale Street, Bo-Kaap sold for R910 400. Clarke’s 1969 preparatory ink and watercolour study towards his major canvas painting of the same title, Listening to Distant Thunder(1970), similarly drew eager bidding and sold for R432 440. A mini session devoted to Goodman, a pacesetting painter at the start of the twentieth century, saw his flaming study of fertility Copper Pot with Aloes sell for R136 560. Two exemplary landscapes by Mohl, an influential painter who mentored Helen Sebidi in the early 1970s, were the subject of concentrated bidding: The Veld Fire Fighters sold for R96 730, and Acacia Karroo in Flower, a luminescent study in yellow, sold for R170 700. An important institutional collection acquired one of the Mohls.

One historical painter however stood apart. J. H. Pierneef had 18 lots in the sale, including drawings, prints and paintings. A 1918 pastel drawing of Villa Arcadia in Johannesburg sold for R182 080. A 1929 linocut depicting a willow tree, a favoured early subject, was the pick of a trio of works in this democratic medium and sold for R51 210. A fine panoramic vista of a Limpopo river executed in watercolour and pencil in 1932 drew substantial interest and eventually sold for R176 390. Equally popular was an aquatint etching titled Bushveld, Northern Transvaal from the property of a Pretoria collector, which sold well over estimate for R147 940.

The highlight of the Pretoria collection was a Massa-foundry bronze by Anton van Wouw of a crouching Boer scout made circa 1908–10. The bronze sold for just over R1 million, contributing almost half the value to the R2.1 million achieved by the ten lots from this single-owner collection. The two top-selling lots by Pierneef and Stern both originated from another, larger, property collection that earned R28 million from 28 lots sold. “A strong single-owner collection always contributes magic to a sale,” said Susie Goodman. “The Pierneef lots from the two single-owner collections drew considerable interest – online as well as with socially-distanced foot traffic visiting the auction exhibition in our offices – in the lead up to the sale.”

While painting sits at the centre of Strauss & Co’s offering, contemporary artists working in other media also performed well. Athi-Patra Ruga’s four-metre tapestry The Sacred Versatile Queen and Autocrat of all Azania sold for R739 700. Notwithstanding the record R1.7 million achieved for a Ruga photograph at a Strauss & Co sale in February 2019, photography remains a niche medium. Rarity is nonetheless persuasive for collectors. Mikhael Subotzky topped the photography results with a portrait of golfer Sally Little featuring a smashed glass cover. The work sold for R318 640. Thabiso Sekgala’s colour photograph of schoolchildren fetched R68 280. Both these works were issued in small editions.

“During these difficult times it is important to acknowledge the charitable component of our auction,” said Frank Kilbourn. “We raised R682 800 through the sale of six biblical works by Keith Alexander for a fund established by the artist and administered by St George’s Anglican Church in White River. We also ensured much-needed funds for the Artist Proof Studio in Johannesburg and Walter Battiss Museum in Somerset East. Lastly and by no means insignificantly, the continued strong showing of our two-year-old fine wine venture is another reason to celebrate this sale.” 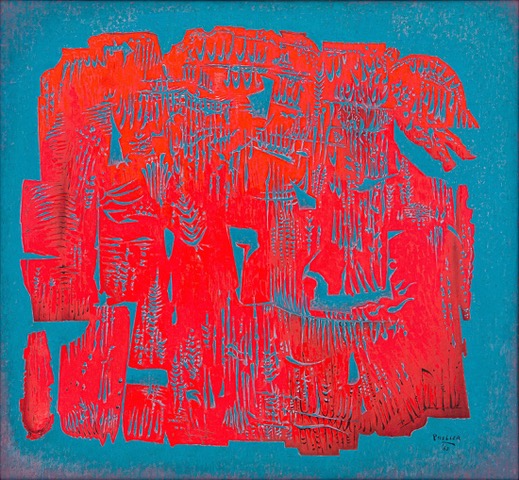 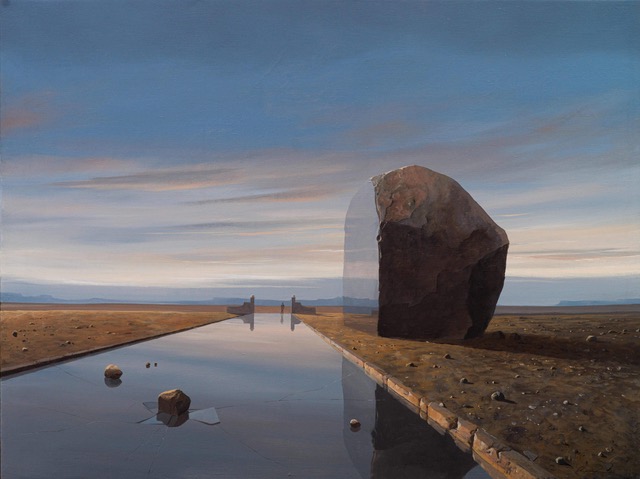 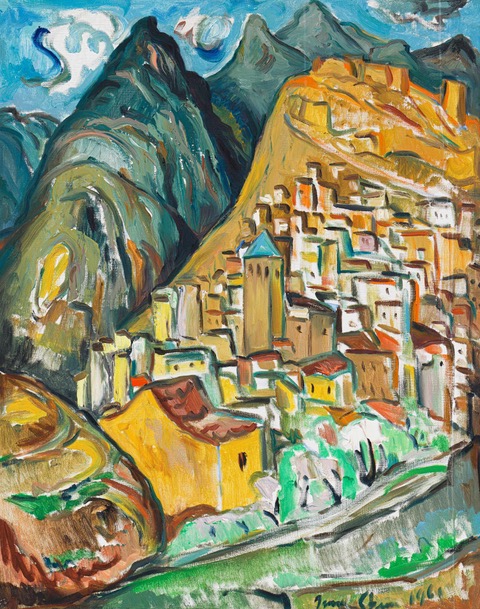 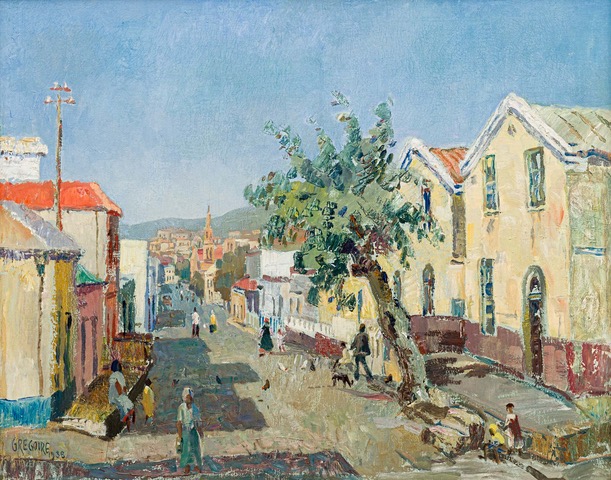 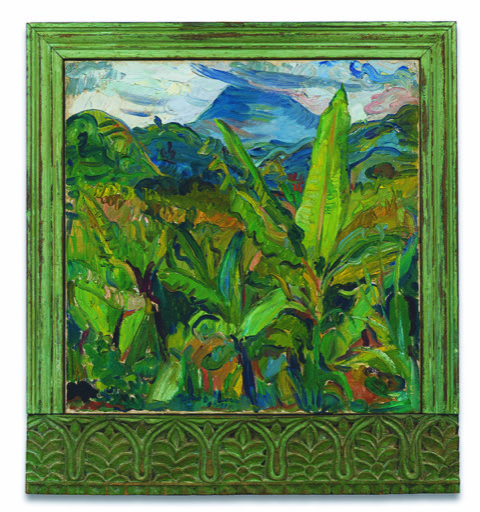 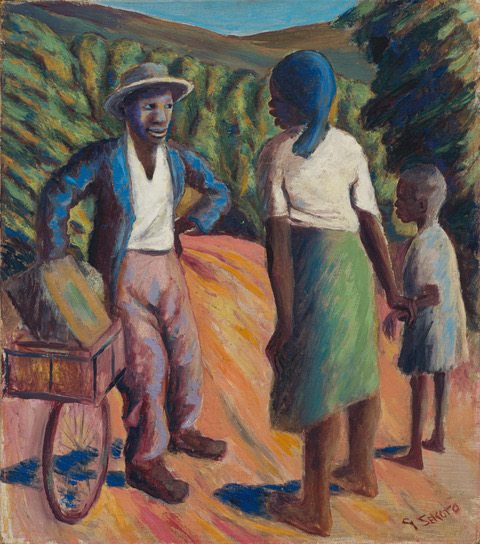 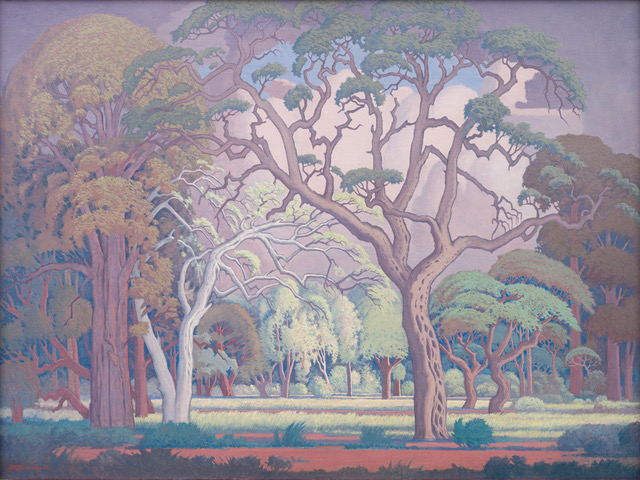 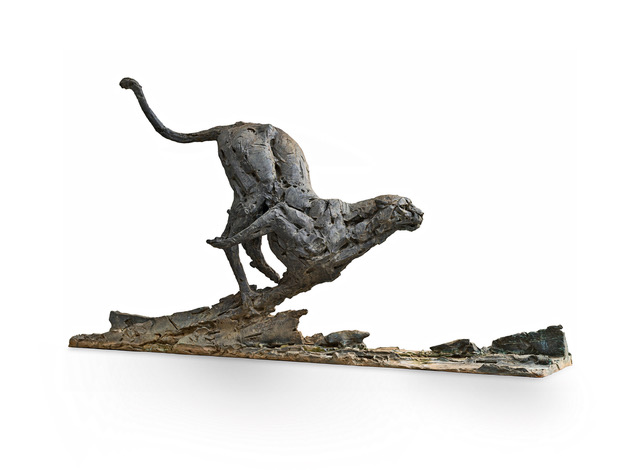