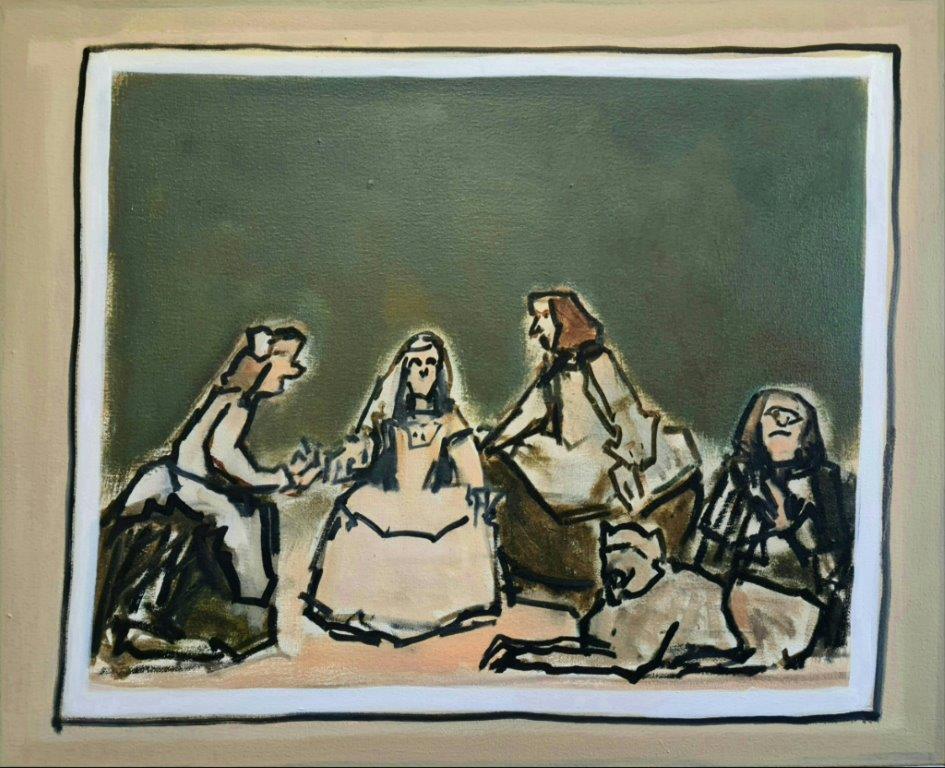 In his second solo exhibition at the Prince Albert Gallery, George Coutouvidis reveals a body of work that coheres like kin, like an extended family.

At first glance, there appear to be fewer colonial subjects and scenes of war. We find portraits of royals ‘posing’ for the artist, we are introduced to individual sitters who invite us to engage; and we are transported to the canals of Venice. 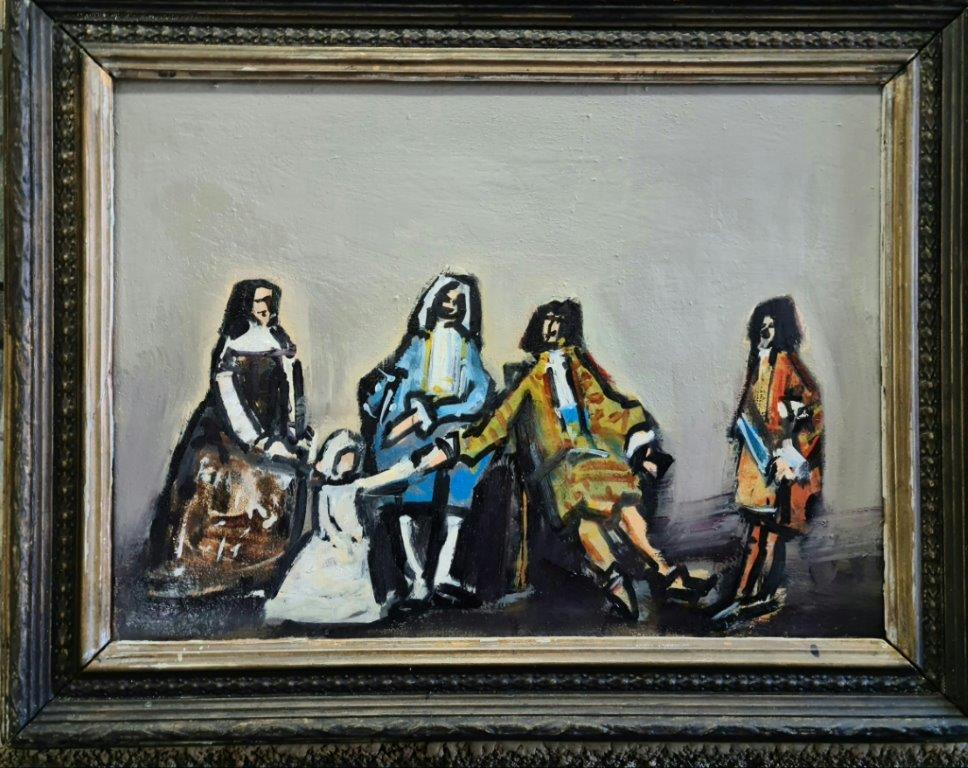 Carl Becker in his article in Art Times Dec/Jan 19 wrote “Survival, not the reality-show kind, but as in the trenches of World War 1, is a recurring theme.

Fascinated by calamity and human folly, the artist’s mindset is more Goya, less the cool detachment of contemporary art.” Familiar characters – the artists’ subjects – emerge from earlier paintings.
“The End of MM” and “Here’s looking at You” are drawn from popular culture. 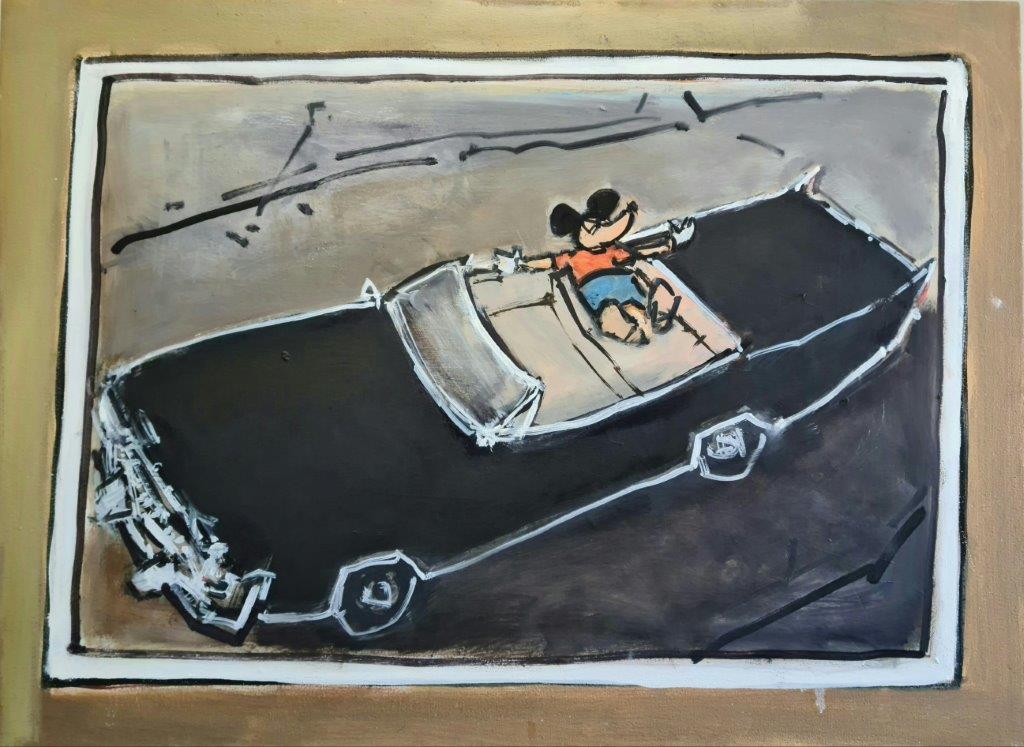 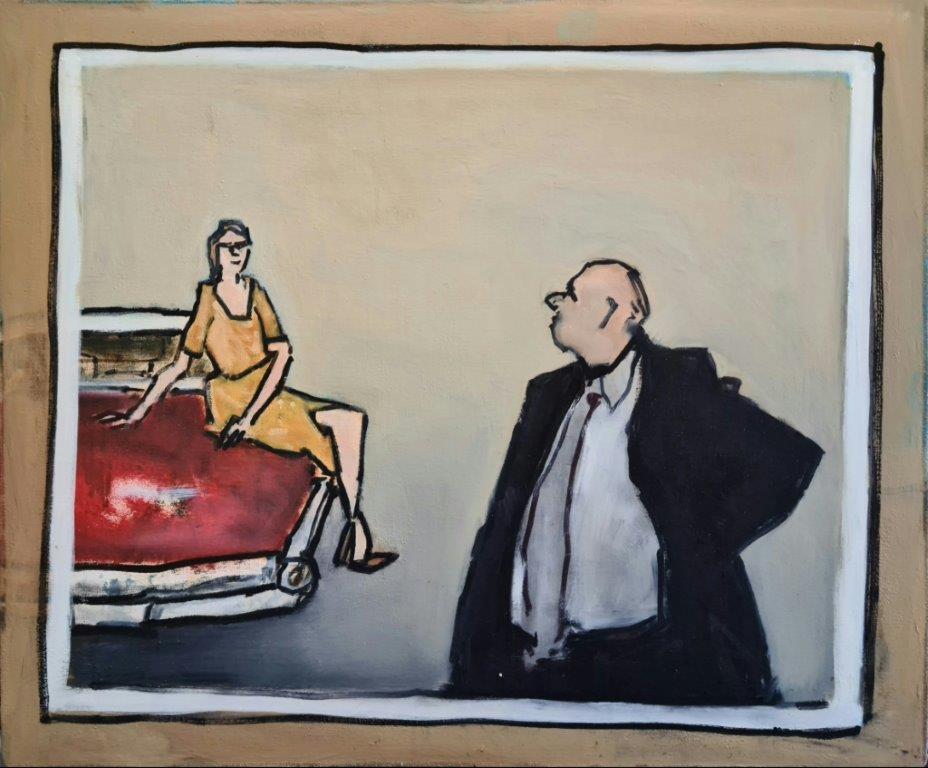 The art history references (Goya, Delacroix, Titian, Gainsborough and Vermeer) are there, yet the tone is informal, more ‘cool’, more every day.

Coutouvidis’ source material intrigues the viewer: do the visual media that pervade our living tell us who we are? His response is that he has no idea whether his content is relevant today.

In his remaking, Coutouvidis’ sources take shape in simpler forms. This body of work signals a stylistic shift: a ‘shorthand’ orders the painted surface. Outlines are sketched in almost throw-away brush marks. “Pugs and Owners” with three sedate sitters and their dogs are painted in shorthand and situated in colour.

The violence in “The Lion Hunt” is rendered in short broken strokes. And in “Wow” the loosely brush-stroked triumphal arch steals attention away from the line-up of beauty queens. 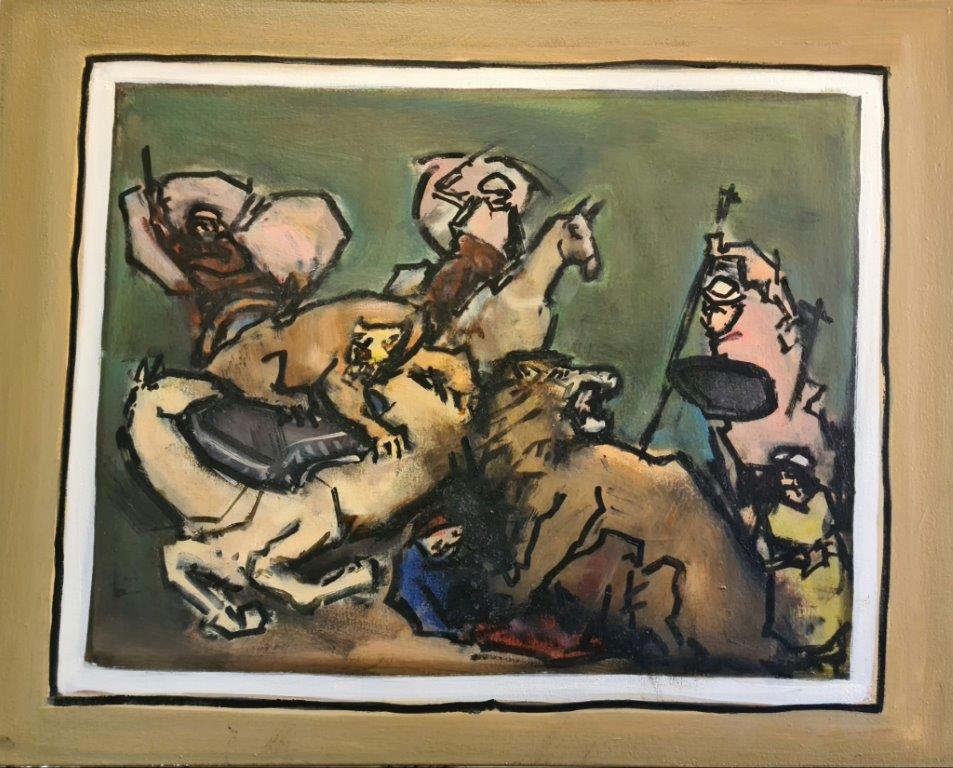 The artist builds up textured grounds with colour: compare “Pelican” with its ethereal colour and the darker, layered “Lion Hunt”. His magical pictorial spaces are off-set by the economical use of strong colours , as in “Royal Family” with the sullen guy in the gorgeous pink suit.
The artist uses modulated grey glazes for luminous skies and watery foregrounds. In the Venetian paintings, the painted water can be either disturbed by splashes of paint, or deep and reflective as in “The Inevitable”.
Throughout this collection, it’s as if the subjects have found their way into the frame and are at home there. Coutouvidis says that he enjoys working within the painted frame “…it doesn’t go on and on. This is it. The frame contains everything.” 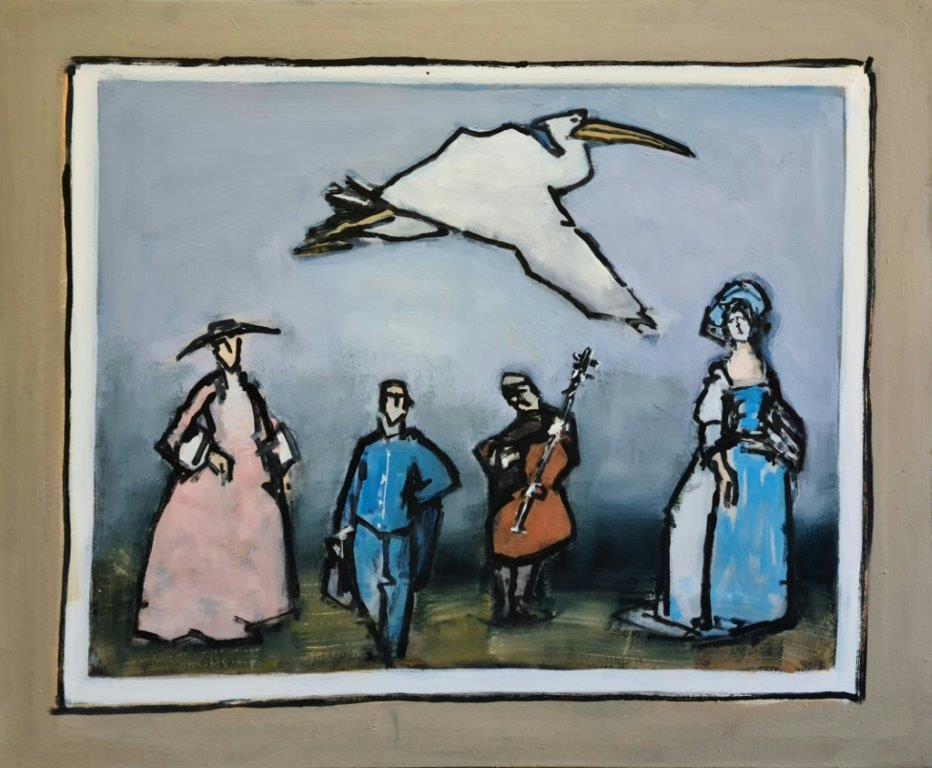 In his article, Carl Becker referred to how the artist will “erase and re-work a painting and stated, “That ‘just –right-ness’ is about meaning as much as technique”. The painting, “The End of MM’” which shows Mickey lying supine in an open limo, was erased and reworked until it was “just right”. And the peachy foreground in “Las Meninas ‘Herself’“ steadies the princess holding center-stage perfectly.

Asked about his creative process Coutouvidis added “It’s a wonderful thing to be in a painting – like millions of us artists around the world – and be happy about it.”