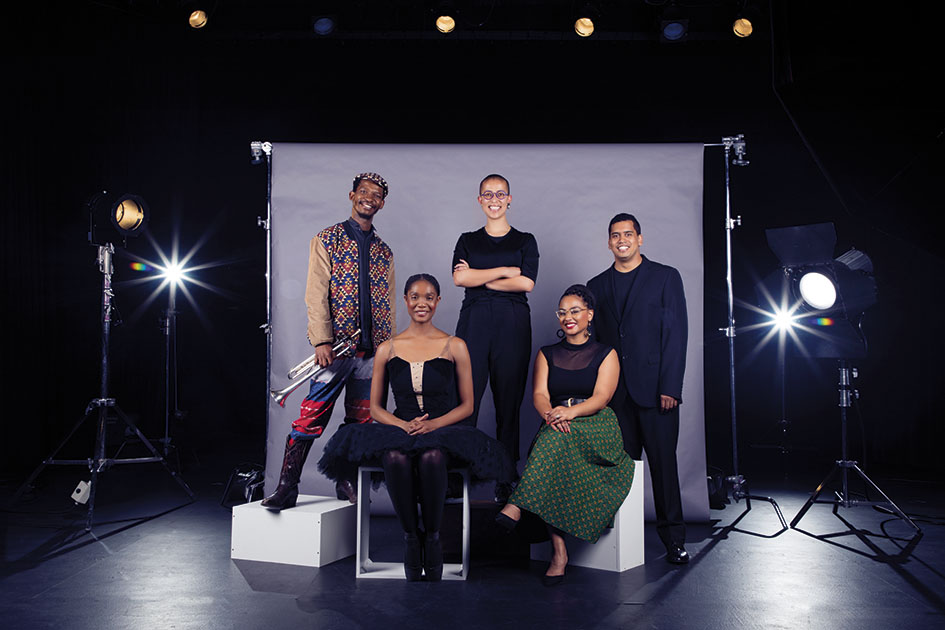 Since its inception almost four decades ago, one national award has come to be regarded as the ultimate accolade for young South African arts innovators on the cusp of greatness. And, as Standard Bank celebrates 35 years of sponsoring the Standard Bank Young Artist Awards in 2019, the latest list of winners proves that the creative fire that fuelled their predecessors in the 1980s burns just as fiercely in the current generation of South African arts pioneers.

Each of these exceptional young artists will receive a cash incentive, as well as a commission to premiere a new work or exhibit on the Main Programme of the 2019 National Arts Festival, taking place in Makhanda (Grahamstown) from 27 June to 7 July 2019 – which is also toasting its 45-year milestone with #Fest45.

These luminaries, and many other SBYA alumni, have gone on to forge successful and sustainable careers in the arts. They have created important work that contributes meaningfully to important national topics, often challenging the status quo in the process. Fêted on the world’s stages and screens, in international galleries and concert halls, many are still actively working in – and enriching – South Africa’s creative economy. In fact, an SBYA alumnus from 2001, artist and theatremaker Brett Bailey, currently chairs the National Arts Festival artistic committee who have the responsibility of selecting the SBYA winners.

Gabrielle Goliath is a multidisciplinary artist who is known for sensitively negotiating complex social concerns in her work, particularly relating to gender-based and sexual violence. Among this PhD candidate’s long-term performance projects is her Elegy series, where each iteration marks the absence of a woman or LGBTQI+ individual who has been raped and killed in South Africa.

Gabrielle Goliath situates her practice within contexts marked by the traces, disparities and as-of-yet unreconciled traumas of colonialism and apartheid, as well as socially entrenched structures of patriarchal power and rape-culture. Enabling opportunities for affective, relational encounters, she seeks to resist the violence through which black, brown, feminine, queer and vulnerable bodies are routinely fixed through forms of representation.

She has won a number of awards including the Institut Français, Afrique en Créations Prize (Bamako Biennale), and was recently announced as a shortlisted candidate for the Future Generation Art Prize (2019). Her work features in numerous public and private collections, including the Iziko South African National Gallery, Johannesburg Art Gallery and Wits Art Museum. Goliath is currently a Ph.D. candidate with the Institute for Creative Arts at the University of Cape Town, South Africa.