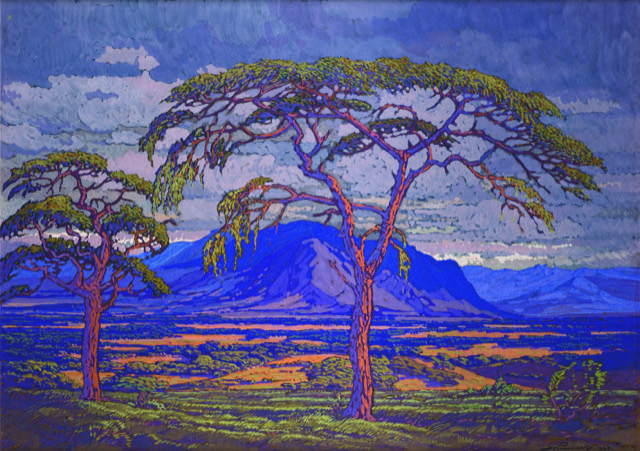 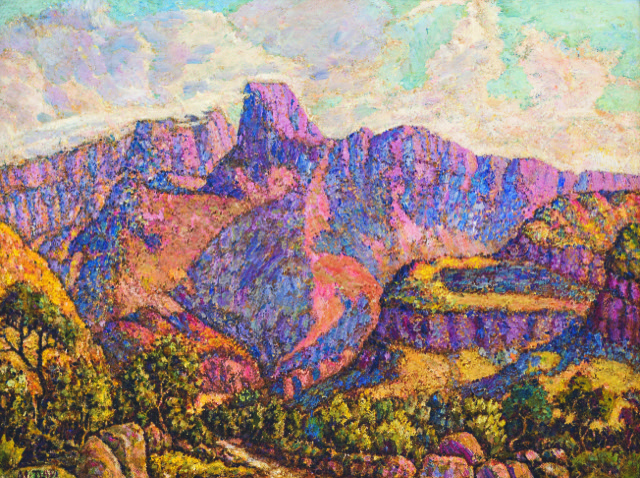 In a packed saleroom at the Wanderers Club on Monday, November 12th, an exceptional casein landscape by J.H Pierneef and an oil painting by Moses Tladi set new records at Strauss & Co’s live Summer sale, which confirmed it as the pioneering auction house on the African continent.

The new world records for these two South African contemporaries were among the highlights of an evening that offered the finest selection of works ever to appear on the South African secondary market. Included in this unprecedented offering was An Unsung History, a session featuring over 100 lots that successfully broadened the presence at auction of artists, like Tladi, who have been overlooked by the canon.

Pierneef’s Lowveld Eastern Transvaal (1928), a mesmerising kaleidoscope of acutely observed colours, sold for a record R5 917 600, whilst a second example, Willow Trees, Rooiplaat, achieved a price of R2 276 000.  Alongside these works, whose provenance can be traced to the Schweickerdt family in Pretoria, three early Pierneef watercolours and pencil drawings of the Lodewijk de Jager & Co Tobacconist Shop (1907) fetched R398 300, well above the high estimate. Another impressive result for Pierneef was his Cinnamon Mill, Seychelles, painted in 1954, which sold for R4 552 000.

Irma Stern’s gouache Lady of the Harem (1945), sustained her success in the market by achieving R4 096 800, a world record for this medium. Her Still Life with Watermelon, Flowers and Grapes (1933) sold for R2 048 400. Alexis Preller’s much-discussed Apple II, a late-career intaglio with painted hollow produced in 1969, affirmed his place in the market by selling for R4 552 000. 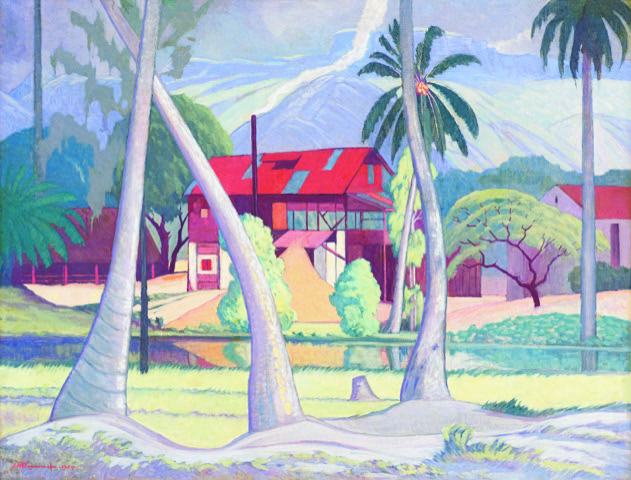 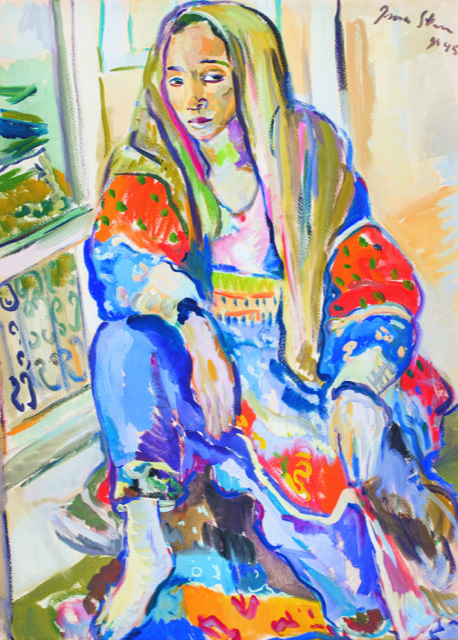 Reflecting on the success of the evening, Frank Kilbourn, Strauss & Co’s Executive Chairperson noted that “We are very proud of the offering we brought to the market on Monday night, and are especially gratified at the role that An Unsung History has now played in broadening the base of the art market. The positive response to this part of the sale by those attending our pre-sale viewings confirmed our commitment to enriching the whole art ecosystem and promoting art on every level.”

A highlight of the sale was when two works by Moses Tladi – a contemporary of Pierneef’s – fetched three times their high estimate and marked a world record for an artist seldom seen on the secondary market. Farm Cottage Driefontein, J.H.B. (1939) sold for R147 940 while Mountain Landscape (Mont-aux-Sources) set a record at R455 200. The two Tladis featured in An Unsung History, a session inspired by the landmark 1988 exhibition at the Johannesburg Art Gallery, The Neglected Tradition.

“In years to come, people will look back at this sale and say this was when the tide turned, this was the moment that previously neglected artists were successfully brought into the secondary market,” commented Senior Art Specialist, Dr Alastair Meredith. He added that “Strauss & Co is always thinking of ways to best contextualise the work that we bring to market but also how to develop and promote South African artists that have been overlooked in the past. We are immensely pleased with having taken a significant step with this sale.” 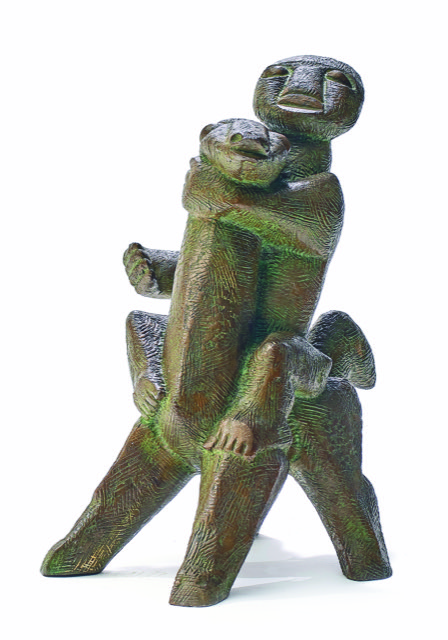 Strauss & Co’s final live sale of 2018 drew a diverse audience of collectors, art-lovers and new buyers during the preview weekend, with the walkabouts and a children’s programme filled to capacity. “This was probably the best selection of works to come onto the South African secondary market ever and it was a privilege to handle each one,” said Susie Goodman, Executive Director of Strauss & Co, Johannesburg.

“What we were able to sell in this market was a huge achievement and we were delighted to see the presence of new buyers at both our preview events and the sale itself. This past year has seen us significantly expand Strauss Education, our programme of masterclasses, lectures, walkabouts, curated special exhibitions, and partnerships that are all aimed at developing the creative economy. The preview weekend of our November live sale certainly showed that there is a tremendous appetite for this aspect of what we do.

“We were also thrilled to see the records achieved during the An Unsung History session. There are many more works on offer in our online sale which opens on November 14th, giving buyers the opportunity to explore this fascinating and important part of South Africa’s artistic history. In addition, the strong showing by many different contemporary artists is further confirmation of our focus on this area of the secondary market, through our dedicated contemporary art auction which takes place in Cape Town in February next year.”

About Strauss & Co:
Strauss & Co is South Africa’s leading auction house and the global leader for South African art. It was founded in 2009 by a consortium of business leaders and industry experts, including the late auctioneer Stephan Welz, Elisabeth Bradley, Dr Conrad Strauss, Vanessa Phillips, Ann Palmer and Bina Genovese. Frank Kilbourn, a respected entrepreneur, philanthropist and art collector, was appointed Executive Chairperson in 2016. Strauss & Co has the highest market share amongst the four leading auction houses specialising in South African art globally. In 2017 the company’s turnover totalled R329 million – a sum unrivalled by any auction house dealing in South African art in a single year. Strauss & Co annually holds five live auctions, three in Cape Town and two in Johannesburg, and up to eight online-only auctions. Strauss & Co was awarded the prestigious Chairman’s Premier Award at the 2018 annual BASA Awards for its sustained and extraordinary commitment to the arts in South Africa.