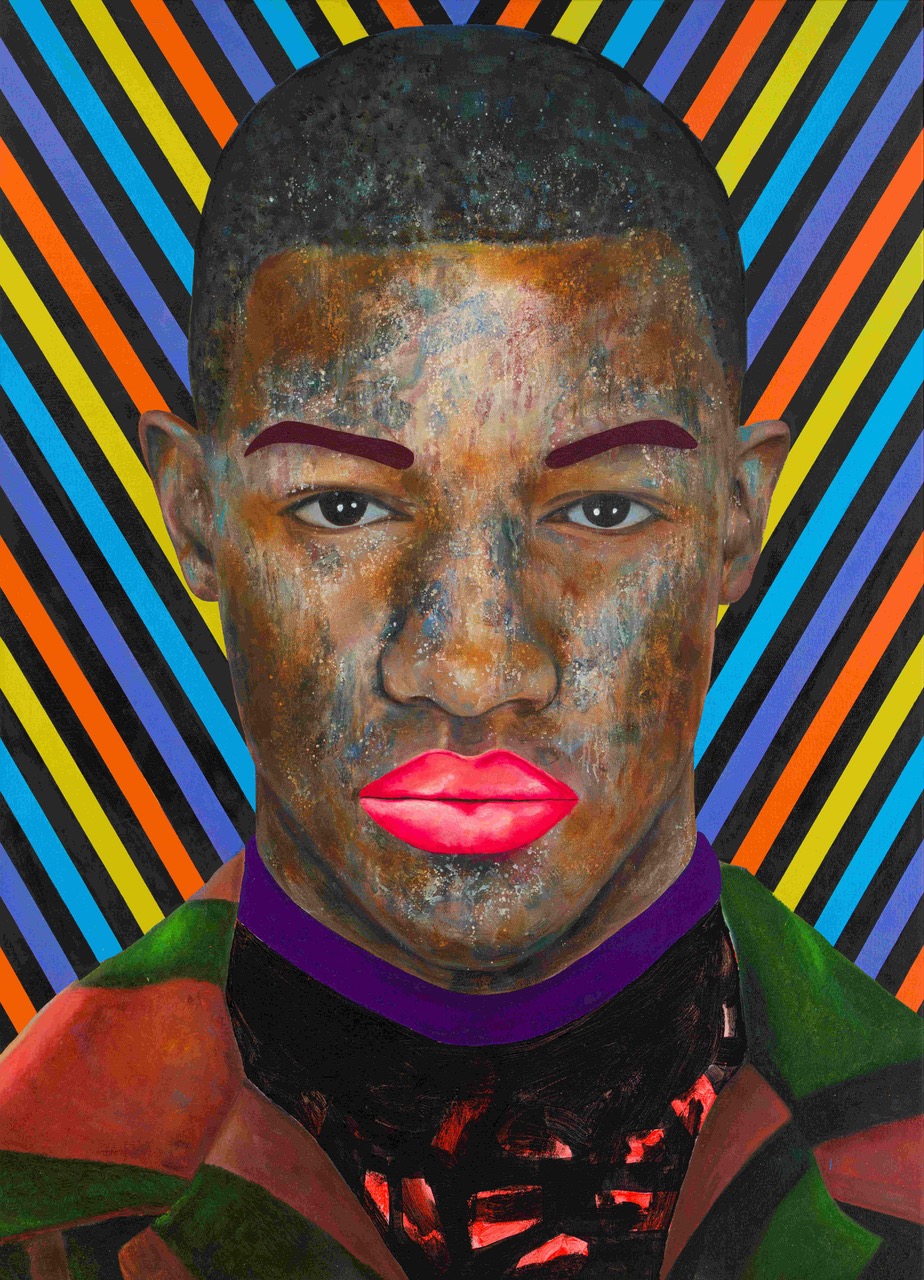 Frank Kilbourn, Strauss & Co chairperson commented after the sale: “NORTH/SOUTH was conceived in response to the extraordinary times of 2020, when new hybrid ways of doing business have become the norm. The programming of this ambitious sale included sessions introducing new artists and new media, as well as sessions presenting innovative approaches to showcasing our offering. A quarter of our lots went to new buyers, which is very impressive and meaningful. The fact that so many of the more expensive works on offer went to new and/or less well-known clients is also a positive take-out from this sale, which was held in difficult economic circumstances. Our results point to a renewal among collectors, but also continuity in the age-old tradition of collecting.”

Irma Stern scored well in the tally of top lots, with three of the highest-earning lots in NORTH/SOUTH produced by this acclaimed expressionist painter. Well known for her still lifes, two top works in this genre – painted in 1937 and 1945 – earned just short of R4 million each. Still Life of Dahlias in a Vase with a Basket of Apples was consigned by the Tasso Foundation Collection of important South African art assembled by the late Giulio Bertrand of Morgenster, as was Stern’s 1927 portrait of a Swazi woman, which sold for R2.8 million. 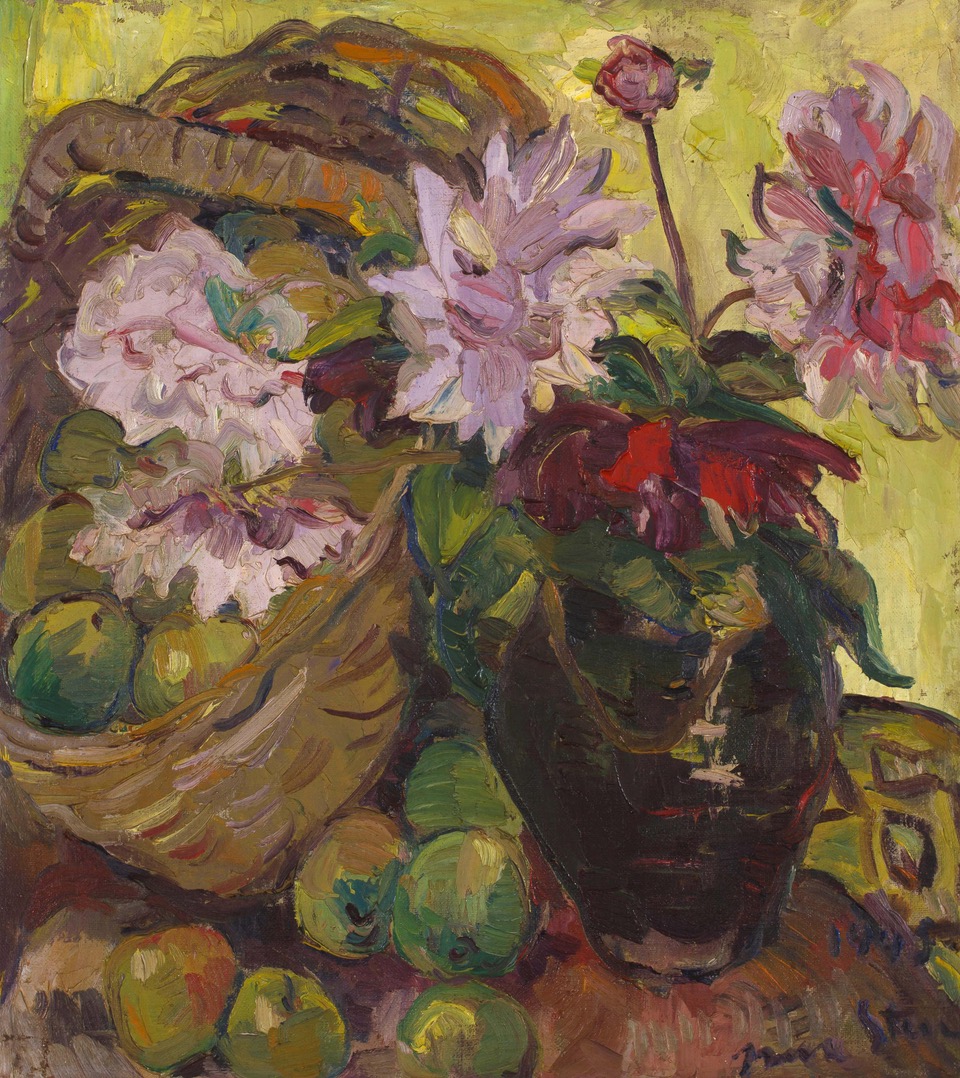 J.H. Pierneef and Alexis Preller drew consistently strong bids. Three telephone bidders vied for Preller’s late-period abstraction Thrones of Heaven, but were ultimately beaten by an online bidder who entered the fray at the last minute and clinched the work for R2.8 million. NORTH/SOUTH witnessed vigorous bidding throughout for Pierneef, with a 1934 Cape marine landscape of Bloubergstrand emerging as the top piece, fetching R2.6 million. 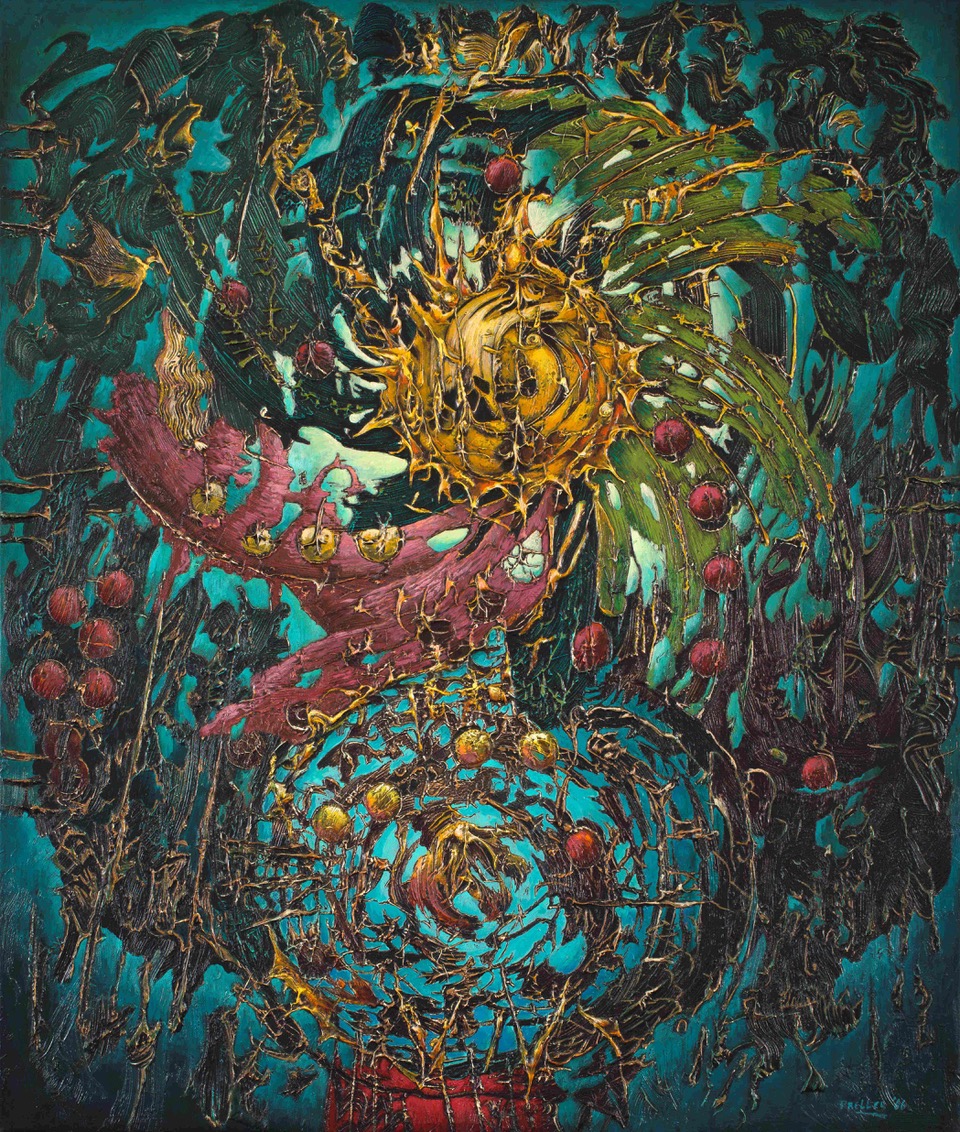 NORTH/SOUTH commenced on 8 November with a session devoted to fine wine. The offering comprised a superb collection of 19 iconic domaines from Burgundy and the Rhône – including the likes of Domaine Armand Rousseau, Domaine Comte Georges de Vogue and Domaine de la Romanee-Conti – all consigned by a single private owner. A definite highlight was the single bottle of 2015 Echezeaux from hallowed producer Domaine de la Romanee-Conti, which sold for R51 210.

“Being well aware of a small captive market for these highly niche wines locally, we are very satisfied with having achieved a sell-through rate of above 80% with this unique and ground-breaking sale,” says sommelier Higgo Jacobs, who initiated the fine-wine sale with Roland Peens of Wine Cellar in partnership with Strauss & Co.

NORTH/SOUTH featured a number of formal innovations, including a special focus on contemporary South African ceramics. One of the highlights of the busy New Collector session was John Newdigate and Ian Garrett’s Birds Feeding, a large and colour-rich porcelain vessel decorated with animal motifs, which went to a Cape Town telephone bidder for R182 080 after a flurry of bids. 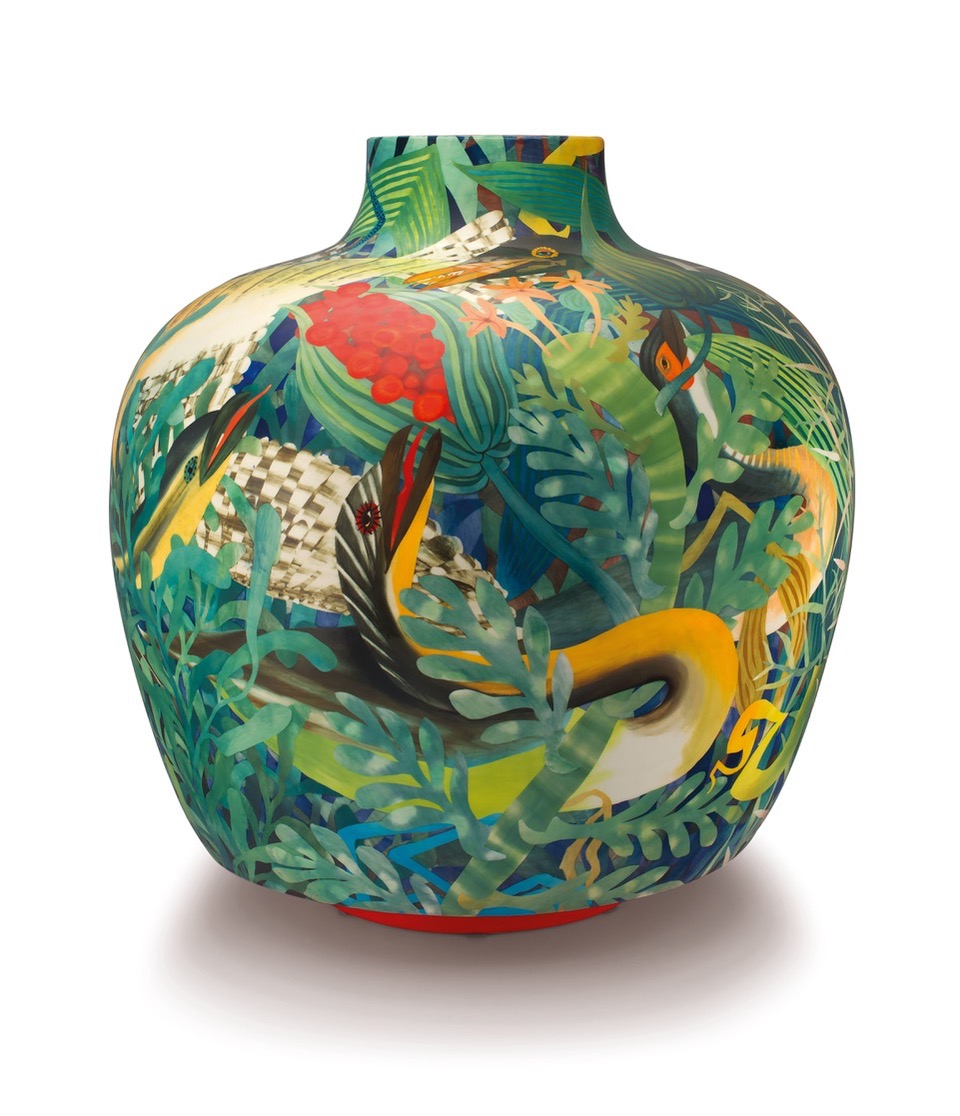 The ceramics session saw healthy prices paid for important pieces by Hylton Nel, including a generous R73 970 for his glazed earthenware piece Flower Cat. Two green-glazed hares by Nico Masemola, a former apprentice of Nel, sold for R62 590. Masemola’s output was cut short by his premature death in 2015 and is now highly sought after.

Susie Goodman, an executive director at Strauss & Co says: “The Strauss & Co team really pulled out all the stops to put together a representative showcase of ceramics by a wide range of ceramicists active over the last half century. At one point during the ceramics sale we had 673 active bidders. They included private individuals as well as reputable institutions, which is a fantastic endorsement of the quality of our offering.”

Another important innovation was Interiors, a session featuring a curated selection of Cape, English and European furniture and collectable silverware interspersed with fine examples of 20th-century South African painting. Under the experienced eye of Vanessa Philips, Strauss & Co’s joint managing director, the session aimed to highlight the total experience of collecting. A highlight from the furniture offering was a remarkable walnut pipe cabinet by Alfred Dunhill, which fetched R477 960. The sale also included two rare René Lalique ‘Source de la Fontaine’ glass figures which sold for R341 400 each.

Among the highlights of the art offering in the Interiors session were Anton van Wouw’s Massa foundry bronze Dagga Smoker, which sold for R1 million, and a trial proof of William Kentridge’s hand-coloured etching Dutch Iris, which achieved R1.25 million. An enigmatic still life depicting brilliant red pelargoniums by J.H. Pierneef drew considerable attention. Being the only known example of a still life with flowers by this acclaimed landscape painter, the work attracted a number of bidders and was sold for R796 600. 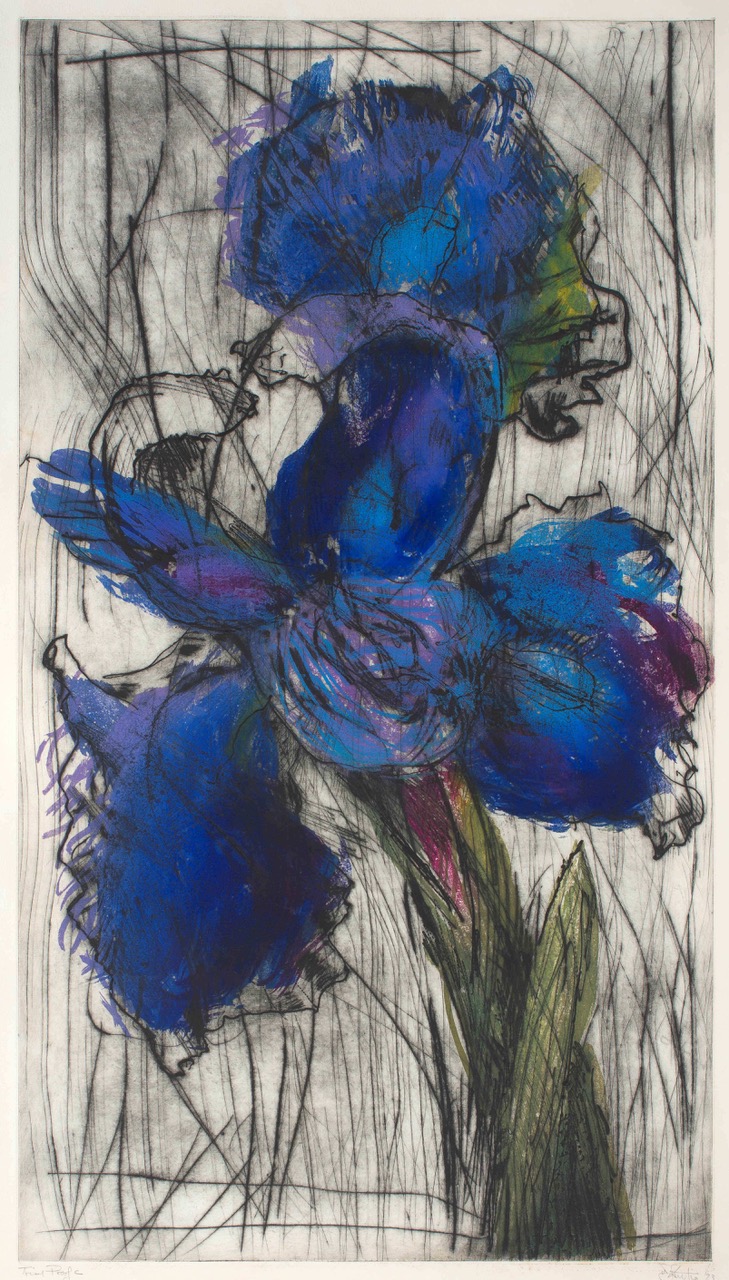 The Interiors session was preceded by a session featuring jewellery and oriental works of art. A necklace composed of a series of graduated pear-shaped diamonds sold for R1.1 million. Interest in historical Chinese objets remains strong: a pale celadon jade snuff bottle from the Qing dynasty sold for R54 624.

Frank Kilbourn says: “I was encouraged by the enthusiastic response to our new ceramics and interiors sessions, both of which were new innovations and formed part of our broader mission at Strauss & Co to
cultivate new collectors and introduce new ideas. It is no secret that it is currently a buyer’s market, but this sale showed that there will always be appetite for first-rate collectables, whatever the economic situation.”

Strauss & Co is South Africa’s leading auction house focussing on fine and decorative arts, jewellery, collectibles and wine. It was founded in 2009 by a consortium of business leaders and industry experts, including the late auctioneer Stephan Welz, Elisabeth Bradley, Dr Conrad Strauss, Vanessa Phillips, Ann Palmer and Bina Genovese. Frank Kilbourn, a respected entrepreneur, philanthropist and art collector, was appointed Executive Chairperson in 2016. Strauss & Co has the highest market share globally amongst the four leading auction houses specialising in South African art. Its annual programme of events consists of five live auctions – three held in Cape Town, and two presented in Johannesburg – and up to eight online-only auctions. It began its digital journey in 2013 and in 2020 successfully hosted South Africa’s first-ever virtual live auction. Strauss & Co is committed to education and community engagement; to this end, it underwrites various initiatives including bursaries, charity events, public lectures and exhibitions. Strauss & Co was awarded the prestigious Chairman’s Premier Award at the 2018 annual BASA Awards for its sustained and extraordinary commitment to the arts in South Africa.
www.strausssart.co.za