The artist who fills potholes with mosaics – in pictures

The artist who fills potholes with mosaics – in pictures 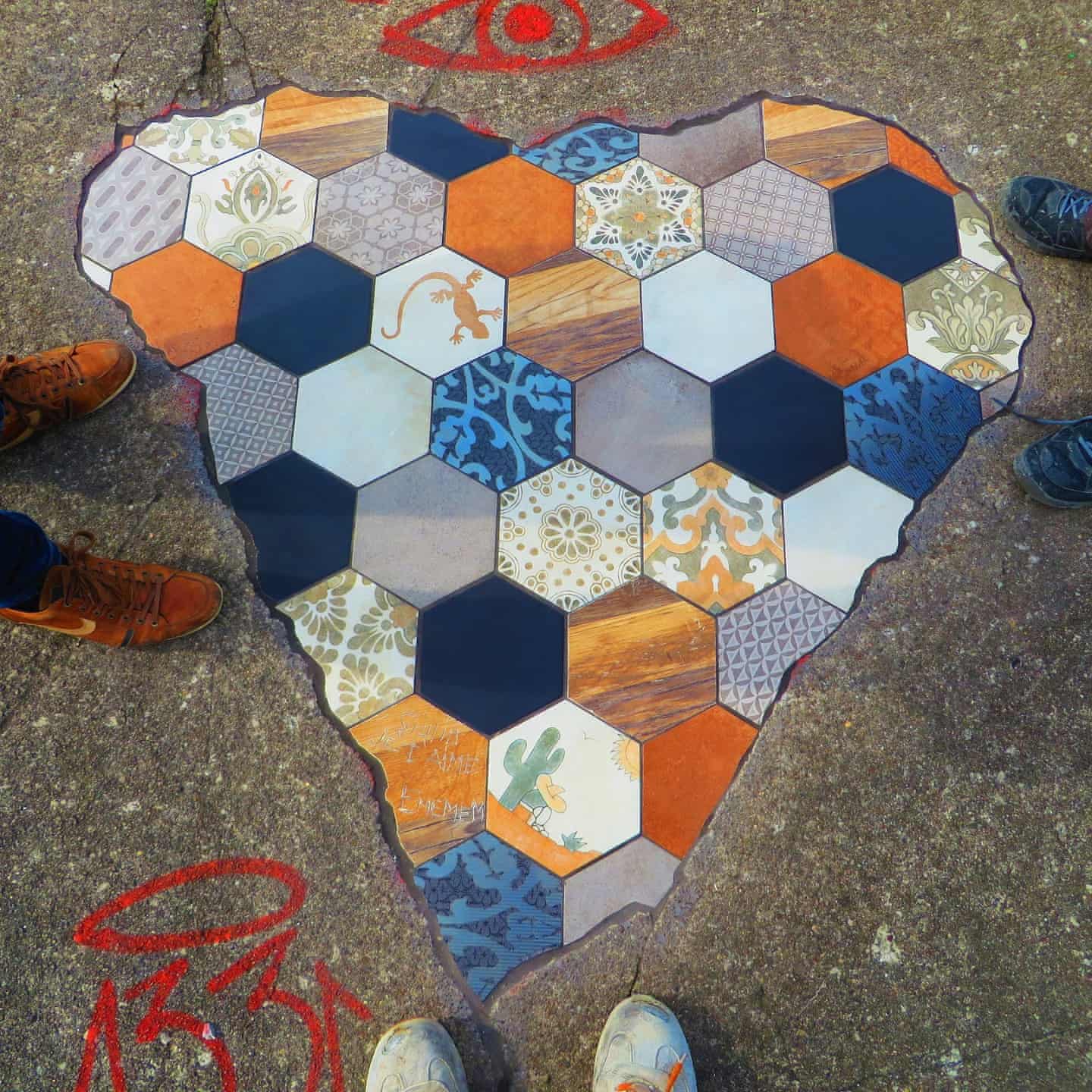 Em Emem is an anonymous, Lyon-based artist. “But I’m just a sidewalk poet, a son of bitumen,” he says. His work involves filling potholes and cracked walls on city streets with beautiful mosaic designs, a process he calls “flacking” – a play on the French word flaque, meaning puddle or patch. He started in 2016, after becoming “hypnotised” by the scarred surfaces of the old alley that housed his first workshop. “My work is the story of the city, where cobblestones have been displaced; a truck from the vegetable market tore off a piece of asphalt,” he says. “Each becomes a flack.”