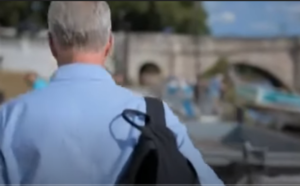 In June 2019, arts journalist John Wilson received an extraordinary tip-off – one billion dollars’ worth of stolen art may be about to be recovered. Included are a unique Rembrandt – his only seascape – and a Vermeer considered the most valuable stolen painting in the world. The art was taken from the walls of the Isabella Stewart Gardner Museum in Boston in the early hours of 18 March 1990. It remains the world’s biggest unsolved art heist. For John, to follow the recovery of the paintings, as it happens, would be the biggest art story of the century.

What makes the tip-off more surprising is where it is believed the art might be found – behind a wall in a house in west Dublin. That’s 3,000 miles from where the FBI have always believed they would find it. For the last 30 years, their investigations have focused on Boston on the premise that the thieves were Italian-American and that the art has never left America.