MOL 02: Ashraf Jamal: The grass is always greener on the other side: the photography of Johno Mellish

MOL 02: Ashraf Jamal: The grass is always greener on the other side: the photography of Johno Mellish

The grass is always greener on the other side: the photography of Johno Mellish

According to the numerous media outlets that ushered in the news, David Goldblatt passed away peacefully at his home in Johannesburg in the early hours of the morning. It was a Monday—the 25 June 2018, to be exact. I know this because I’ve spent most of my day trying to figure out why Johno Mellish decided to title a photograph of three teenagers in a beachside parking-lot, The Day that David Goldblatt Died, Dias Beach, Mossel Bay (2018). 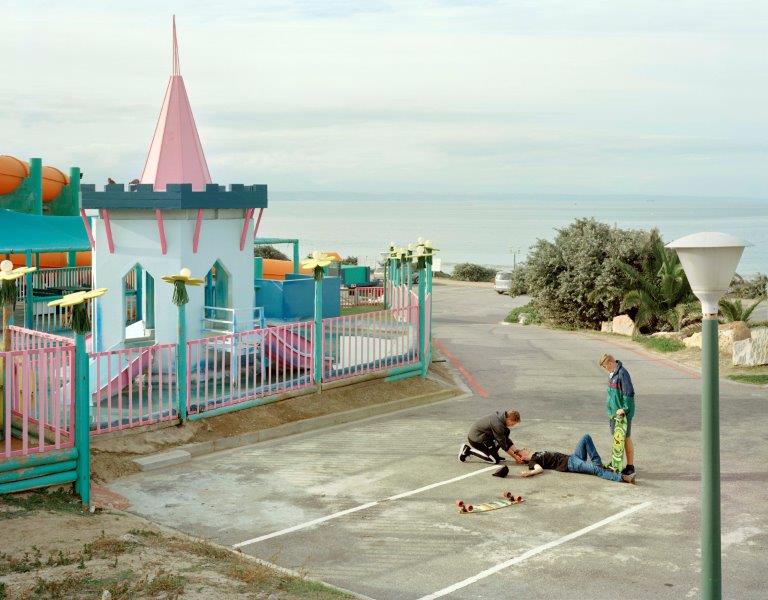 To my surprise, the answer is quite literal. But the photograph is much more than that. For one, there’s been an accident. One of the teenagers has fallen off his skateboard and is lying on his back, spread eagle. Another supports his head, while the third stands by, idle. They seem unsure of their next move. Whatever charge this moment might have, the image is eerily calm, still, and quiet. Indeed, peaceful. The light is soft; the shadows long. Everything is soaked in a gentle, pastel wash—like the quiet reflection of a lake before sunrise, untouched by the morning’s first wind.

Thinking back, I don’t remember much from that day except for the flood of acknowledgements and tributes on social media, which came and went before any of it might’ve had time to sink in. I return to it now, imagining the early morning rush of journalists slopping coffee over their keyboards to pen the first word; the background drone of office telephones; the tired, drawn-out faces of gallery staff as they hurry to compile a statement. Mellish’s photograph seems like another world—a parallel moment. Not the media storm, but the passing itself—as if Goldblatt’s soul might have arrived to register this juncture on his way out.

This is not so much a form of documentation as it is speculative fiction—what I imagine is a byproduct of Mellish’s background in cinematography. As described by Ashraf Jamal, “Mellish does not ‘take’ photographs … he re-takes them, shifts their original context, and overlays discrete and random threads into ‘new and unexpected’ composites.” One such thread is the Disney-like construction which dominates the left half of the image—a children’s waterpark—which resembles the manufactured worlds of Wes Anderson, Dr. Seuss, or, more recently, Michael Schur’s hit series, The Good Place. Goldblatt of course had a similar penchant for residue—sites, structures, and monuments that not only harbour memory but allude to something much larger than the frame permits. “Our structures declare who we are in a remarkably naked and claritory way,” he remarked in 2015. Speaking to Mellish about the photograph, I learn that it was taken at midday, following the news of Goldblatt’s passing. “Those kids were just skateboarding past,” he explained. “I was thinking about my relation to David Goldblatt and my relation to South Africa, as he might have thought about his … It was especially pertinent for me to think about that on that day. Especially being where I was on Dias Beach.”

This was, for me, something of a penny drop—that the ‘otherworldly’ quality of the image might belong to an arc which stretches back to the aspirations of European settlers through to the benumbed world of Netflix. Here we see what Jamal refers to as the image’s “coded innocence,” something “deceptively saccharine” about Mellish’s photography as a whole—from the ‘Stranger Things’ quality of Winters Night Walking (2018) and the smothered forest of Butterfly Collectors (2018); to the more overt and intimate forms of domestic alienation depicted in A Family of Strangers (2018), in which everyone seems to be looking past everyone else for a way out. To some extent, all are images of futility, yet they are also images of longing. In this strange and saturated light, the grass is always greener on the other side, and I am left with the lyrics from Arcade Fire’s Wasted Hours, playing out like a soundtrack on repeat:
First they built the road, then they built the town

That’s why we’re still driving around and around
And all we see, are kids in buses longing to be free. 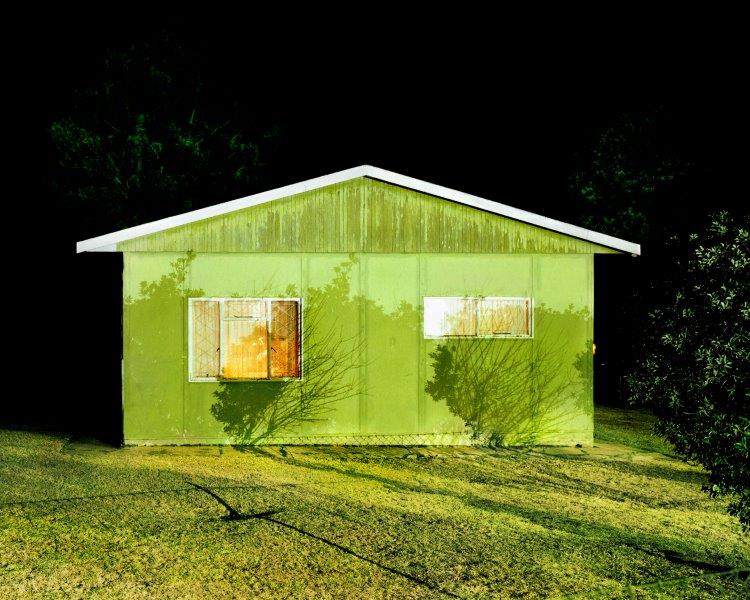 Johno Mellish’s photography will be on show at THK Gallery, Cape Town, from 06 February – 28 March 2020 as part of the exhibition Different Angles, which also includes the work of Nyasha Marovatsanga. Mellish will also be exhibiting his work as part of THK Gallery’s booth at the Investec Cape Town Art Fair 2020.
Sven Christian 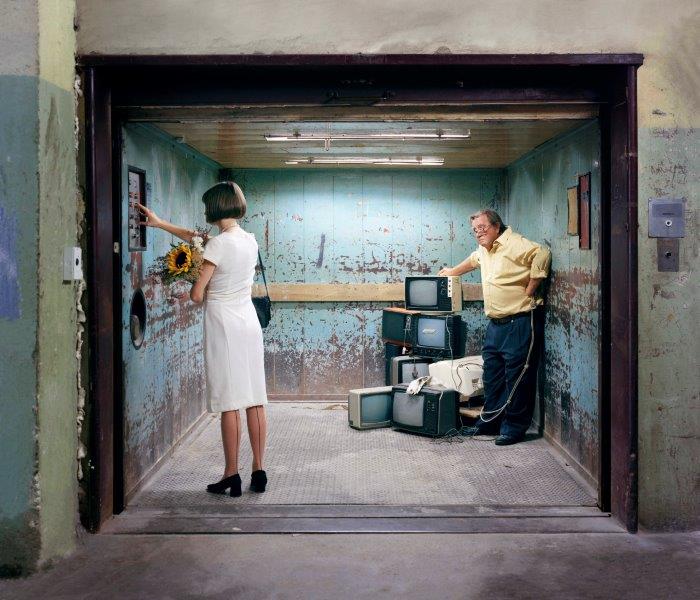 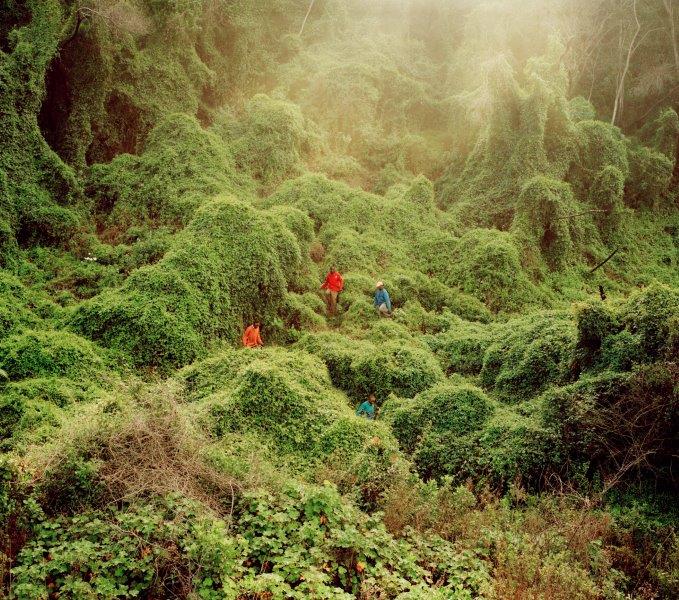 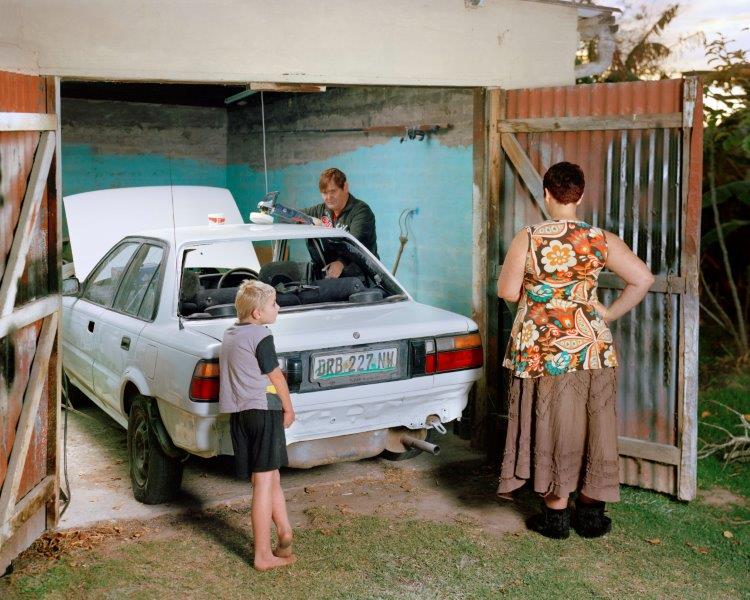