Things Behind The Sun at Salon91

Things Behind The Sun at Salon91

This exhibition, inspired by the lyrics of Nick Drake’s song of the same name, is a playful exploration of vivacious colours, decisive lines, and undaunted expression.

Things Behind the Sun as a collection of artworks is a foil to the uncertain times the artists, and the entire world, find themselves in. Each artist, in their body of work, seeks to explore the familiar and the comforting. This group of artists has endeavoured to embrace their signature visual language and find outlets for expression during the strangeness of the current global crisis.

In Bruce Mackay’s work, the artist explores the role of boundaries as demarcations of either safety or restriction through the use of crisp lines and the depiction of cairns and other boundary markers. Jean de Wet’s works look to reflect the strangeness of our reality in works which are fantastical and, yet, familiar.
In her work, Kirsten Beets seeks to express the dream-like qualities of the sun which softly illuminates scenes of longing and solitude.
Maaike Bakker’s works traverse the razor edge between that which can be controlled, and that which cannot. In her work, Nina Torr looks
to the cryptic world of alchemy to express a sense of mysticism. And, Tara Deacon creates seemingly familiar domestic scenes which
unsettle as they intrigue.

Bruce Mackay
With my body of work for Things Behind the Sun, I’ve explored boundaries as a source of either safety or restriction. Using stone cairns, makeshift shelters and the remains of foundations as symbols to examine the tension of navigating a new world where danger is invisible and the things that keep us safe feel both unnecessarily restrictive and inadequate. 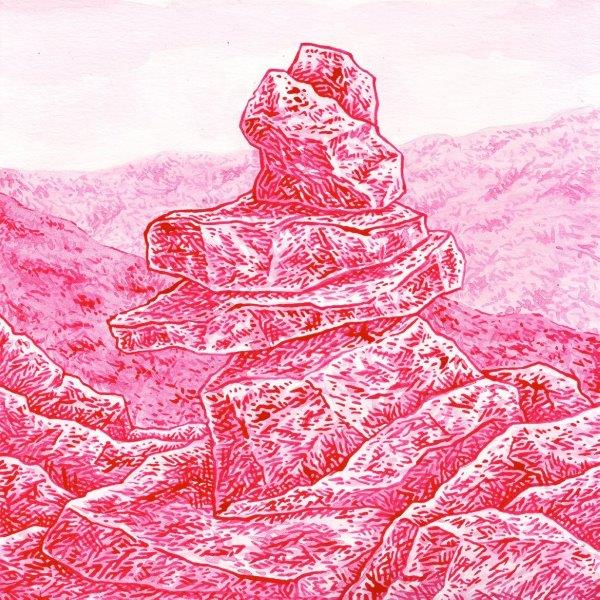 Jean de Wet
For this collection I focused on representing a familiar yet alien space. Born from the strange reality we find ourselves in these days, post-pandemic. This parallel world offers a reflection of the unfamiliar and confused emotional state we are all experiencing collectively. Imagined landscapes with vaguely normal and familiar features but coloured and styled in an unnatural way. Escapist in nature, this world imagines a peaceful and calm reality, where nature has outlasted humanity. 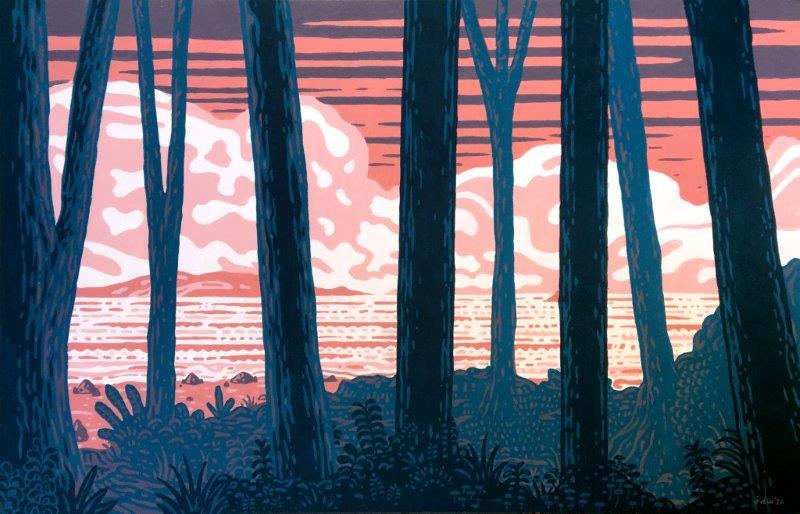 Kirsten Beets
I have used flat plains of colour to represent different aspects of the sun namely, morning, noon and twilight . The soft colours give each piece a hazy feel which is apt as the action taking place on each piece is dream-like. I have tried to capture a secretive sun , one that is not known to us and one that illuminates scenes of solitude and longing. In the work I have also included the antithesis of the sun, the moon , which still shines due to the reflection of the sun’s light. In my work I mainly deal with human interaction with the natural world or vice versa and this body of work is no exception. 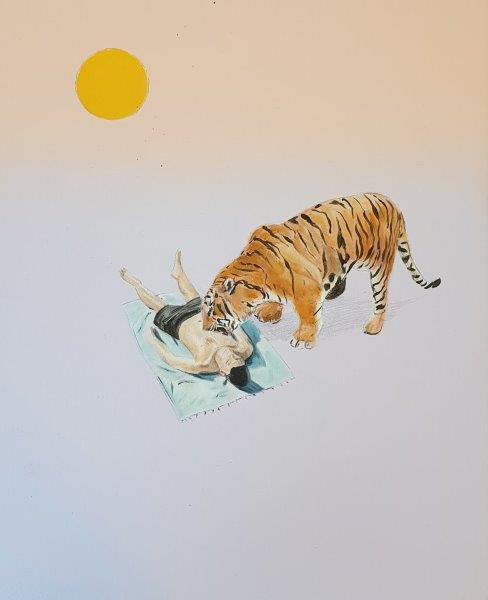 Maaike Bakker
My practice sets out to explore tensions that emerge between order/structure
and futility/chaos. The presented works consist of a series of explorations that
test whether aimlessness/’a lack of direction’ can emerge under conditions of
rigidity and order, or whether these two ideas are essentially at odds with each
other, unable to occupy the same space(s). 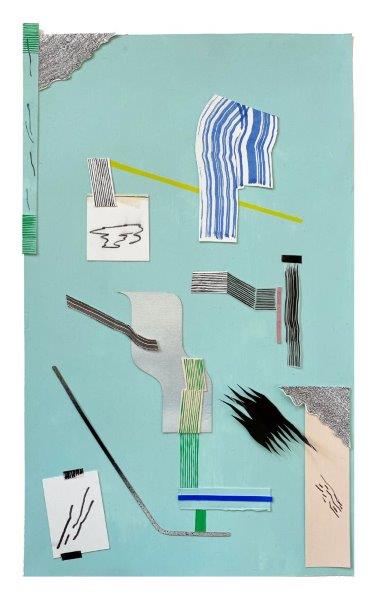 My presented works capture glimpses of what can be described as ‘aimless expressions’ featured as disruptions or glitches within a self-made system.
The works therefore present an unfamiliar internal logic of sorts and reveal its complete futility by disrupting this attempt at self-established order. The mechanics of my works’ internal logic is thereby revealed and at the same time contradicted. The works thus set out to capture a negotiation of these two tensions at play, at times leaning more towards one rather than the other.
Many of my works can therefore be observed as manifestations of liminal expressions, which exist somewhere in between of strict order and chaos/ absolute pointlessness. The works thereby elevate the incomprehensive.

Nina Torr
As with most of my work, I generally do not know what the work means before making it. Instead, I am guided by hunches and images that intrigue me. For this body of work, I was intrigued by old alchemical illustrations and medieval maps. Only after making the work do I unpack where the ideas might have come from. Looking back, my Things behind the sun pieces summon up feelings of uncertainty and ambivalence. The work and the title phrase takes on new significance in this current moment – What happens after this? Can I trust what I am looking at? 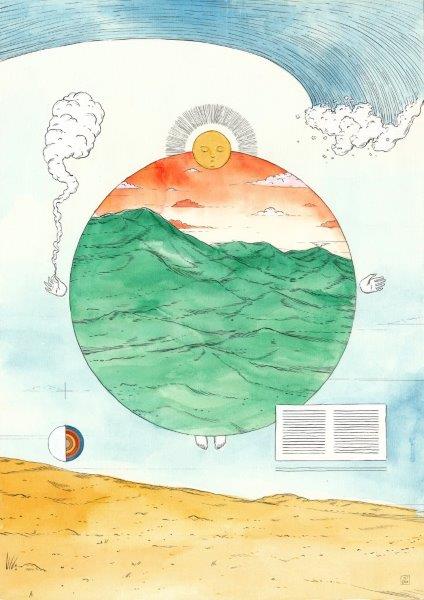 Tara Deacon
With a sense that the world has slowed down and been put on pause, I honed into surfacing feelings of uncertainty, discomfort and longing for excitement & adventure whilst in the process found myself acknowledging and reflecting on their presence in a surprisingly creative way. Coming to terms with the fact that behind the sunny disposition and smiles of accepting a “new normal”, lies something darker we are challenged with. This body of work explores sombre and melancholic themes through visual representations of place, both imagined and real as well as the new found need and appreciation of comfort within our four walls and a yearning desire to explore faraway lands and places. I have continued to work in my favoured medium of gouache and pencil on paper which allows me to achieve solid plans of colour and fine elements of detail. 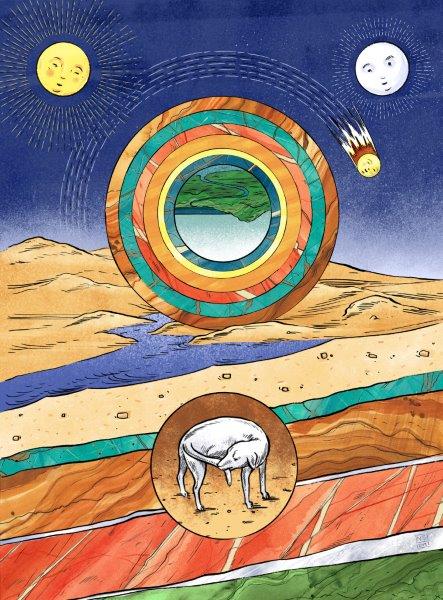