‘This is blood money’: Tate shuns Sacklers – and others urged to follow

‘This is blood money’: Tate shuns Sacklers – and others urged to follow 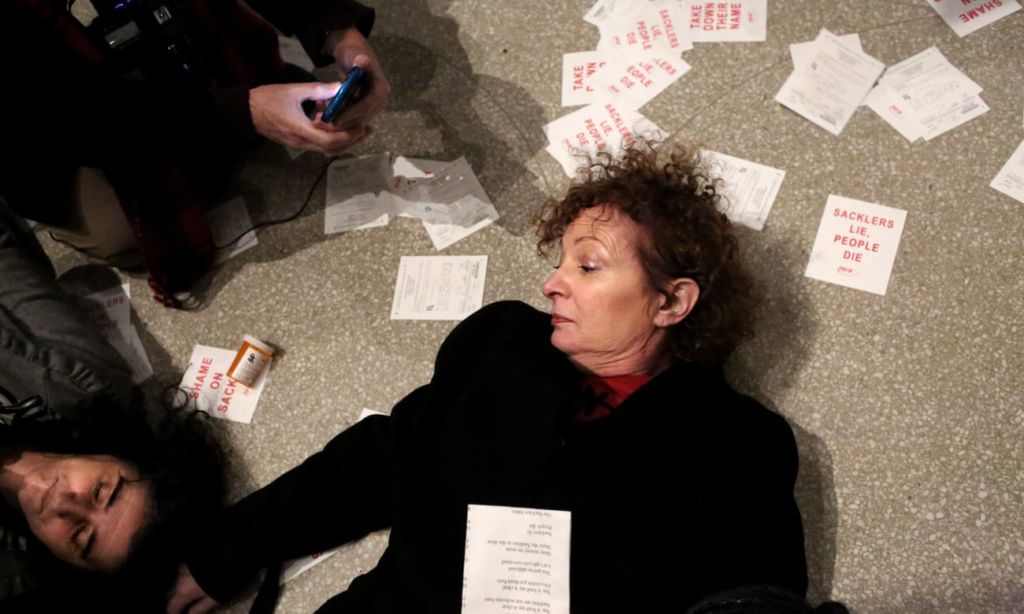 Earlier this year at the Guggenheim in New York, activists objecting to donations from the Sackler family draped protest banners from the museum’s famous spiraling balconies, dropped flyers down through the atrium and pretended to die all over the floor. A gobsmacked public looked on.

In London, Tate Modern has escaped a similar fate.

On Thursday, the Tate group announced it would not take any more donations from the Sacklers, the family whose most prominent billionaire members own the company that makes OxyContin, a prescription painkiller implicated in America’s opioids crisis. …Read More

Image: Artist Nan Goldin at her ‘die-in’ at the Guggenheim in February. Goldin decided to speak out against the Sacklers following her own near-fatal addiction to opioids after being prescribed OxyContin. Photograph: Yana Paskova/The Guardian