UCT Art Row: Without freedom of expression, the rule of South Africa’s tyrants would be absolute in the future

UCT Art Row: Without freedom of expression, the rule of South Africa’s tyrants would be absolute in the future 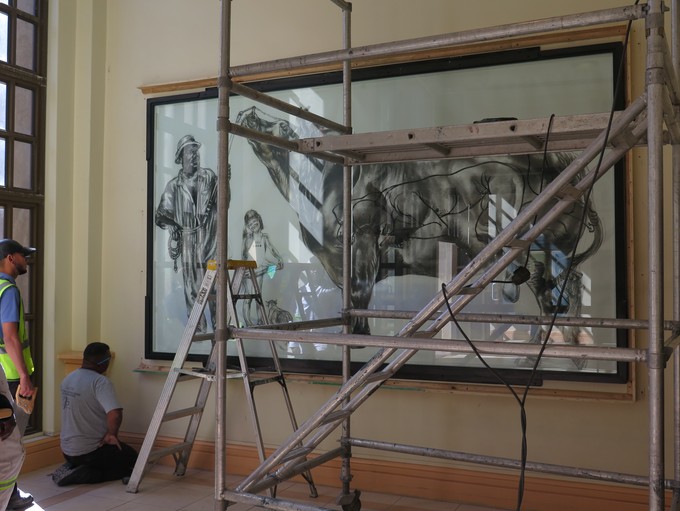 Having admired Pierre de Vos on account of his pieces in the past, I read his defence of censorship on 11 January 11 with some regret. De Vos simply denies there is a problem with the removal of statues and paintings, suggesting that UCT is not bound to display any particular work of art forever. Against this unusually helpless straw man, he is devastatingly effective, proving that there is no such thing as censorship at all. Would it be censorship to take books out of the library and bury them underground? Would it be censorship to burn them or allow them to be burned? Not, so far as I can tell, in the eyes of Professor de Vos. But it would be censorship if a gallery in the United States took down an exhibition of Robert Mapplethorpe’s explicit photographs.

Liberalism overseas and intolerance at home: the formula is as venerable as Jan Smuts. De Vos presents what was, in fact, a clear choice to withdraw and suppress numerous works of art, many by artists of impeccable political standing, and to accept the destruction of others without any real penalty for those who set them on fire, as a routine curatorial decision about circulating the works on display on campus. De Vos imagines that he is educating conservative white opinion about the need for cultural change and doesn’t consider that there might be a spectrum of views between the hard right of white reaction and the hard right of the EFF, Black First Land First, and other destructive extremists. …Read More