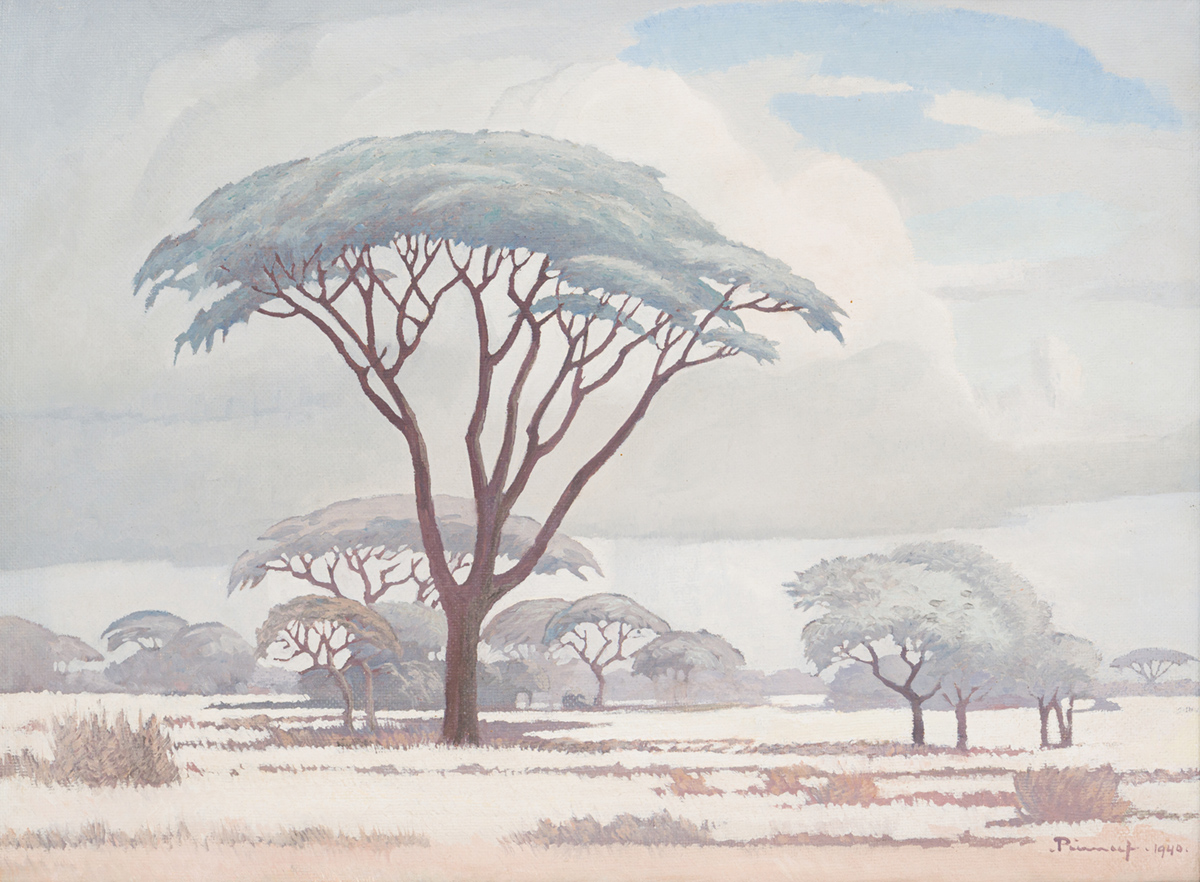 JH Pierneef proved his status as the most beloved of the South African landscape artists when all 69 lots in Strauss & Co’s first-of-its-kind single-artist auction dedicated to this modernist icon found buyers.

“It was indeed a wondrous occasion and we are deeply grateful for our clients’ support,” says Frank Kilbourn, Strauss & Co’s executive chairperson. “The depth of interest in Pierneef, one of our Old Masters, is remarkable. At one point we had over 650 bidders viewing what turned out to be a historic white-glove sale when all the works on offer sold. The bulk of the people placing bids were aged between 40 and 59, which is very promising. I am also encouraged by the fact that among the successful bidders, half of them were new buyers. This sale proves that Pierneef’s star power is undiminished.”

The success of the sale, titled IN/SIGHT: JH PIERNEEF, owed a great deal to the depth and variety of the lots gathered by Strauss & Co’s art department head Alastair Meredith and his team. IN/SIGHT: JH PIERNEEF presented collectors with an encyclopaedic offering of works made between 1901 and 1955. The lots included drawings, linocuts, watercolours and highly collectable oils, among them two late works depicting expansive landscapes beneath lead-coloured storm clouds. Painted in 1953, Clouds over the Karoo, sold for R2.5 million, and Cloudburst Storm, painted a year earlier, sold for R1.9 million.

The sale included some rarities too, such as a magical casein from 1926 depicting the peaks of Jonkershoek, Stellenbosch, which sold for R739 700. At one point the sale’s perfect outcome hinged on the fate of an etching, a medium not typically associated with Pierneef. Printed in a single edition circa 1912 and only recently correctly attributed as a view of Pretoria, not a European town, the etching featured early in the sale and was initially passed on by bidders. A breathless run of better-than-estimated results, including a run on his linocuts and books, prompted Strauss & Co to reopen bidding on the etching lot. An online bidder promptly snapped it up.

“The demand was unbelievable,” says Susie Goodman, an executive director at Strauss & Co who wielded the gavel during the second half of the four-hour sale. Goodman knocked down the evening sale’s top lot, Acacia in the Veld, as well as a number of other big lots, including Bushveld Tree, an iconic work dominated by a stylised acacia, sold for R1.9 million. “After the success of our inaugural single-artist sale in May devoted to Namibian artist John Muafangejo, the outcome of this remarkable sale confirms our decision to present collectors with very focussed offerings. The response by collectors was phenomenal.”

The live virtual sale was livestreamed from Johannesburg and opened with Man Digging from 1901, a lot produced in the Netherlands during the South African War (1899-1902), which sold for R125 180. Two online bidders vied for an exceptional watercolour and pencil depicting, Villa Arcadia, the opulent Herbert Baker-designed home of Sir Lionel Phillips, which sold for R216 220.

Pierneef’s linocuts – an important aspect of his popular appeal during his lifetime, appearing on magazine covers and illustrating books of popular verse – also attracted considerable interest. The top linocut sold was printed in 1941 and featured a silhouette of an imperious Baobab; estimated to sell for R40 000, it attracted 36 bids and eventually sold for R432 440, a new world record for a Pierneef linocut. Other linocuts that outperformed expectations included Kruiskerk, Tulbagh from 1933, sold for R170 700; Twee Jonggezellen, Tulbagh from 1933, sold for R153 630; and an iconic view of the harbour at Hermanus, sold for R125 180.

Other notable sales achieved at IN/SIGHT: JH PIERNEEF included the R853 500 paid for the undated oil Rooiplaat, an expressive work depicting a beloved camping spot on the Pienaars River north of Pretoria; R1.9 million price paid for Landscape with Rocks and Trees from 1944; sale price of R967 300 for Landscape with Distant Mountains from 1943; and R819 360 paid for Middelfontein Mission near Nylstroom from 1941.

Collector enthusiasm for all things Pierneef extended to the small reference library of books that has grown up around the artist. The Afrikaans edition of editor PG Nel’s 1990 book of essays, JH Pierneef: Sy Lewe en Sy Werk (JH Pierneef: His Life and His Work), was the subject of intense bidding between a telephone and online bidder, and sold for a remarkable sum of R43 244. Art historian NJ Coetzee’s controversial 1992 book Pierneef, Land and Landscape: The Johannesburg Station Panels in Context achieved R21 105. A numbered edition of author and journalist JFW Grosskopf’s 1945 monograph Pierneef: Die Man en Sy Werk, signed by the artist and the author, fetched R10 553. Another edition of Grosskopf’s book sold for R8 794.

“White glove sales are few and far between,” says Bina Genovese, joint managing director of Strauss & Co. “This bespoke sale, a first-of-its-kind in the secondary market for Pierneef, ticked all the boxes to achieve this incredible result. Despite the cold Johannesburg temperature, the energy was palpable. We had a diverse group of bidders – young and old, new and seasoned, South African and international – ferociously bidding to secure the works they were after, at all costs, quadrupling estimates where necessary. It was a privilege to witness this enthusiastic response, and to see Pierneef’s status so resoundingly affirmed.”

Strauss & Co’s IN/SIGHT: JH PIERNEEF was preceded on Sunday, 25 July by a successful sale of wines produced from Chardonnay and Pinot Noir, especially in the hallowed Burgundy region. The sale realised R1.3 million from 91 lots sold, with a creditable lot sell-through rate of 78%. The top-selling lot was a single bottle of the 1998 vintage Romanée-Conti, a Burgundy Grand Cru, sold for R216 220.

Strauss & Co’s next auction is a concise sale featuring the David Hall Collection of Linn Ware, a highly collectable South African pottery mark, and the Professor Leon Strydom Collection, which includes exceptional paintings by Dorothy Kay, Maggie Laubser, Stanley Pinker, Alexis Preller and Irma Stern, due to be held on Tuesday, 10 August 2021, over 4 sessions, beginning at 11.00 am.