What Did They Eat at the Last Meal in Pompeii? A New Exhibition Gives Us a Glimpse of Their Strange Menu

What Did They Eat at the Last Meal in Pompeii? A New Exhibition Gives Us a Glimpse of Their Strange Menu

The ancient Roman town of Pompeii sparks the imagination like few other historical sites do. Home to about 12,000 people, the town was destroyed in the 79 AD eruption of Mount Vesuvius, at whose feet it sat. Pompeii’s destruction has given rise to historical novels, an Xbox 360 game, and even a 2014 3D film adaptation starring Kit Harington, of Game of Thrones fame.

Less flashy but just as intriguing, a new exhibition is spotlighting the culinary customs of Pompeii residents. Comprising some three hundred objects, “Last Supper in Pompeii: From the Table to the Grave” was organized by the Ashmolean Museum of Art and Archaeology, University of Oxford, where it is currently on view, and will open at the Legion of Honor, Fine Arts Museums of San Francisco, in April 2020.

“Where else can you get something both as dramatic and precise as this, a bustling city in mid-breath at the time of the eruption, caught like a fly in amber?” Renée Dreyfus, curator in charge of ancient art and interpretation at the San Francisco museum, told Artnert News. (A slightly different version of the exhibition at the Ashmolean was curated by Paul Roberts, that museum’s head of antiquities.)

The focus on food and drink, new to this exhibition, has led to new questions and new places to seek answers, says Dreyfus.

“Experts have been looking into sinks and even latrines to see the seeds of what people ate, as well as for food abandoned on tables and in the streets as people ran,” she said, adding that these are the kinds of artifacts that earlier explorers might have thrown away.

“They found two containers of great interest to me,” she went on. “One was a big terracotta jar that was used for holding snails. The other held dormice, a kind of large rodent that they fattened in these jars. I had never known anything about their eating these things.”

The carbonized food of both wealthy and their slaves will be on display, as well as the decor in well-to-do Pompeiians’ homes. These will include silver pieces used in banquets and frescoes that adorned the walls, as well as pots and pans and drinking vessels from the slaves’ quarters and the kitchens.

Food and wine were essential to Bacchanalian revelries held in the homes of the wealthy, many of whom, Dreyfuss points out, made their fortune from grapes and wine. From a fresco showing Bacchus transforming into grapes, she says, experts have identified the four varietals grown in Pompeii. Some of the imagery from celebrations may titillate viewers in a different way, says Dreyfuss, including bronze good luck charms that show the god Priapus, known for his dramatically enlarged penis. Dreyfuss points out that “the Romans had a different sense of what is pornographic.”…Read More 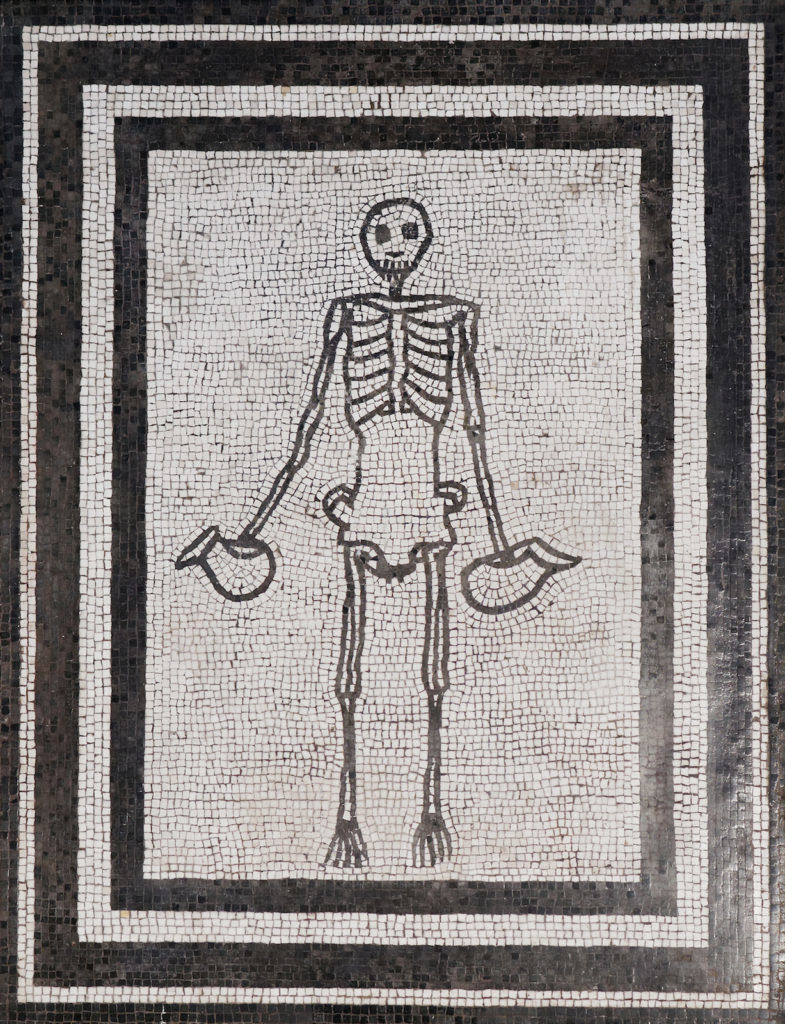