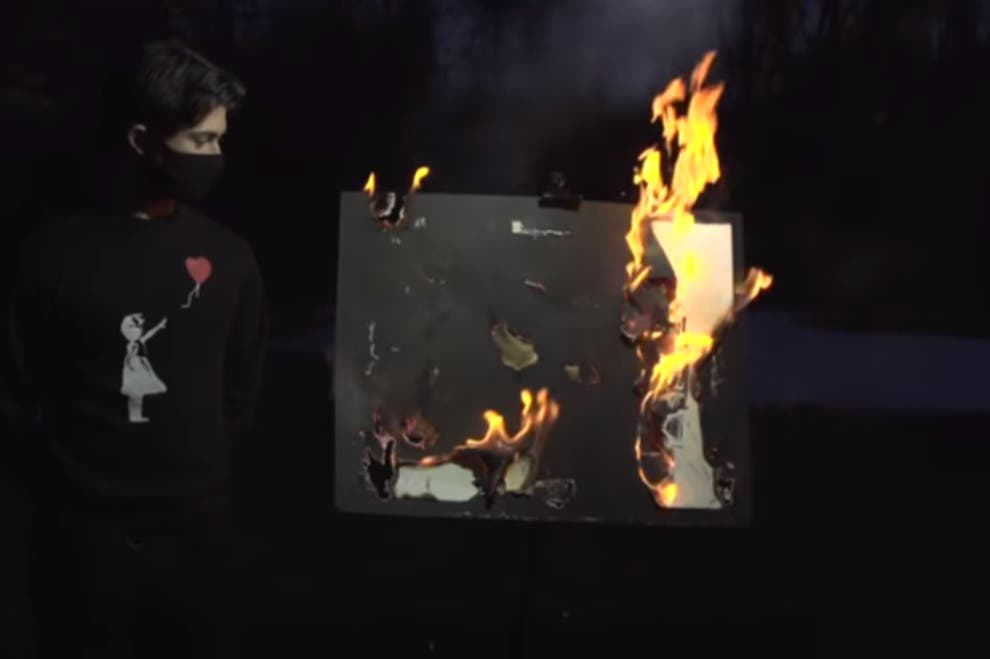 How do you make a $95,000 screen-print by street artist Banksy four times more valuable? The answer, it would seem, is by incinerating it.

Three years after the artist rigged up a painting to self-shred itself as it was being auctioned, a group of cryptocurrency enthusiasts have gone a step further.

It was scanned and transformed into a unique digital asset known as a non-fungible token (NFT) which was uploaded and stored in the digital ether of blockchain. The physical print was then slowly torched on camera in a Brooklyn park.