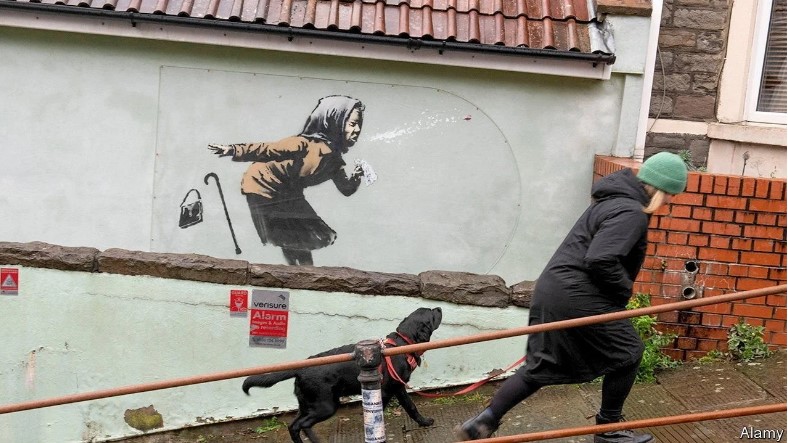 EARLY ONE morning in February, a team of specialists pulled up next to a building in Nottingham and began drilling. They worked quickly but carefully, excavating a small section of the wall on which “Hula-hoop Girl” had been painted by Banksy, a prominent street artist. John Brandler, a gallerist, said that he had purchased the artwork—which depicts a youngster playing with a bicycle tyre—from the building’s landlord on behalf of a client. Local residents were horrified. The mural had spread cheer during the lockdowns in Britain, when galleries and other cultural institutions were shut.
https://www.economist.com/books-and-arts/2021/07/30/who-owns-street-art