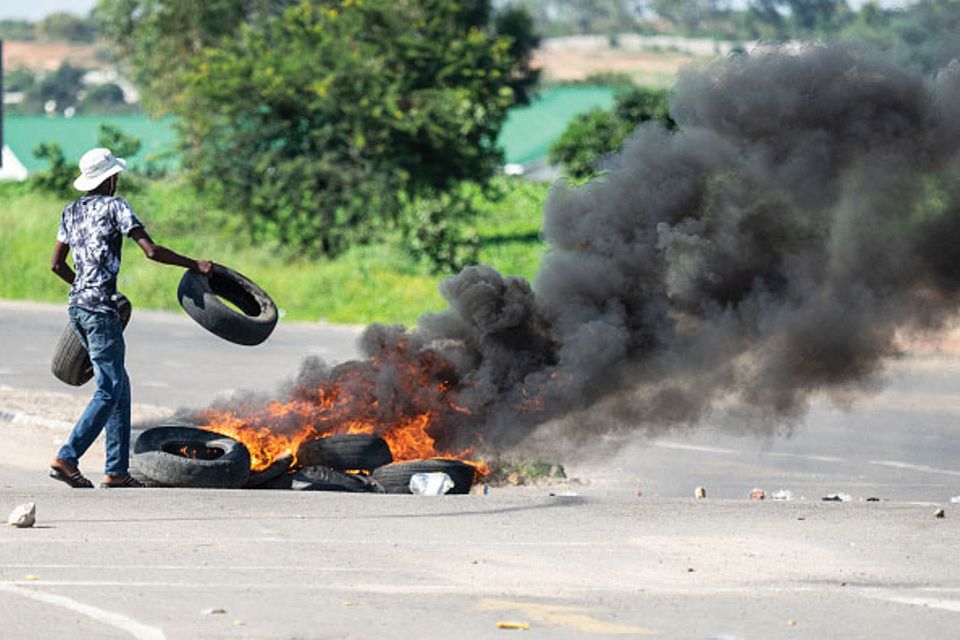 Zimbabwe’s planned Bulawayo Biennial in the country’s second city has been put on hold amid nationwide protests and ongoing economic chaos. The event, which was launched by the artist and curator Sithabile Mlotshwa last year, has been postponed from October 2019 to October 2020, she tells The Art Newspaper. Others involved confirm that renewed political and economic turmoil in Zimbabwe had forced the delay.

The fall of Zimbabwe’s long-time president Robert Mugabe in 2017 had brought hope of a turnaround in the country’s fortunes. But aspirations for economic reforms have failed, with foreign currency and basic commodities increasingly scarce. President Emmerson Mnangagwa’s announcement of a huge jump in petrol prices in January saw protests and reports of a violent crackdown by authorities, with social media and internet servers shut down. …Read More

Pictured: A protester burns tyres in Bulawayo during a demonstration against the doubling of fuel prices after Zimbabwe’s president announced a more than 100% rise in the price of petrol and diesel.